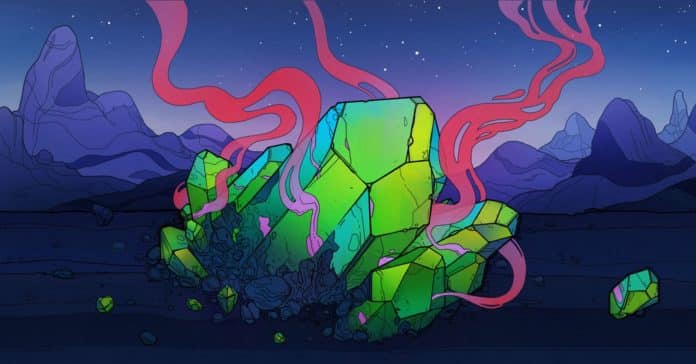 In nearly two dozen underground laboratories scattered all over the earth, using vats of liquid or blocks of metal and semiconductors, scientists are looking for evidence of dark matter. Their experiments are getting more complicated, and the search is getting more precise, yet aside from a much-contested signal coming from a lab in Italy, nobody has found direct evidence of the mysterious material that is thought to make up 84 percent of the matter in the universe.

A new study suggests we should look deeper.

Dark matter is different from regular, baryonic matter — the stuff that makes stars, galaxies, dogs, humans and everything else — in that it does not interact with anything except through gravity (and perhaps the weak nuclear force). We can’t see it, yet physicists are all but certain it’s there, sculpting galaxies and their paths through the cosmos.

For many decades, the favored candidates for dark matter particles have been hypothetical shy things called weakly interacting massive particles, or WIMPs. Many experiments search for them by looking for evidence that a WIMP has come by and knocked regular matter around. In this scenario, a WIMP would tap an atomic nucleus via the weak force. The startled nucleus would then recoil and emit some form of energy, such as a flash of light or a sound wave. Detecting such barely perceptible phenomena requires sensitive instruments, usually buried deep underground. This is mostly so the instruments are shielded from wayward cosmic rays, which can also cause nuclei recoils.

After searching for these faint pings for decades, scientists have little hard evidence to show for it. Now a team of physicists in Poland, Sweden and the U.S. has another idea. Look not to the germanium and the xenon and the scintillators in detectors buried beneath the earth’s crust, they argue: Look to the planet’s crust itself. In the rock record, where stories of our solar system’s past lay buried, we might find the fossilized recoil of startled atomic nuclei, the frozen footprints of a WIMP.

“We’re always rooting around for alternative ways to do things,” said Katherine Freese, a theoretical physicist at the University of Michigan and architect of the ideas behind some of the existing detectors in operation.

Katherine Freese has developed a number of ideas for dark matter detectors. Some of her ideas have been turned into experiments.
John Smock/Quanta Magazine

A subterranean paleo-detector would work in a manner similar to current direct-detection methods, according to Freese and her colleagues. Instead out outfitting a lab with a large volume of liquid or metal to observe WIMP recoils in real time, they would look for fossil traces of WIMPs banging into atomic nuclei. As nuclei recoil, they would leave damage tracks in some classes of minerals. If the nucleus recoils with enough vigor, and if the atoms that are perturbed are then buried deep in the earth (to shield the sample from cosmic rays that can muddy the data), then the recoil track could be preserved. If so, researchers may be able to dig the rock up, peel away layers of time, and explore the long-ago event using sophisticated nano-imaging techniques like atomic force microscopy. The end result would be a fossil track: the dark matter counterpart to finding a sauropod’s footprint as it fled a predator.

Around five years ago, Freese started tossing around ideas for new detector types with Andrzej Drukier, a physicist now at Stockholm University who began his career studying dark matter detection before pivoting to biophysics. One of their ideas, devised along with the biologist George Church, involved dark matter detectors based on DNA and enzyme reactions.

In 2015 Drukier traveled to Novosibirsk, Russia, to work on a prototype biological detector to be housed beneath the earth’s surface. In Russia, he learned of boreholes drilled during the Cold War, some of which reach 12 kilometers down. No cosmic rays can penetrate that far. Drukier was intrigued.

Typical dark matter detectors are relatively large and highly sensitive to sudden events. They conduct their searches over several years, but for the most part they are looking for real-time WIMP taps. Minerals, while relatively small and less sensitive to WIMP interactions, could represent a search that goes on for hundreds of millions of years.

“These chunks of rock, removed from the very, very deep cores, are actually a billion years old,” said Drukier. “The deeper you go, the older it is. So suddenly you do not need to build a detector. You have a detector, in the ground.”

The earth poses its own problems. The planet is full of radioactive uranium, which produces neutrons as it decays. Those neutrons can also knock nuclei around. Freese said the team’s initial paper describing paleo-detectors did not account for the noise contributed by uranium decay, but a slew of comments from other interested scientists made them go back and revise. The team spent two months studying thousands of minerals to understand which ones are isolated from uranium decay. They argue the best paleo-detectors would be comprised of marine evaporites — basically, rock salt — or in rocks that contain very little silica, which are called ultrabasic rocks. In addition, they look for minerals that have a lot of hydrogen, since hydrogen effectively blocks the neutrons that come from uranium decay.

Halite, more commonly known as rock salt, is an ultrabasic rock that could potentially be used as a dark matter detector.
Géry Parent

Searching for fossil recoils may be a good way to search for low-mass WIMPs, said Tracy Slatyer, a theoretical physicist at the Massachusetts Institute of Technology who was not involved in the research.

“You are looking for a nucleus jumping for seemingly no reason, but it has to jump by a certain amount for you to see it. If I bounce a Ping-Pong ball off a bowling ball, we’re not going to see the bowling ball move very much — or you’d better be able to detect pretty small changes in the movement of your bowling ball,” she said. “This is a new way to do that.”

The Most Difficult Experiment

The fieldwork involved would not be easy. Research would have to take place deep underground, where the core samples would be protected from cosmic and solar radiation. And state-of-the-art nano-imaging would be required to resolve evidence of nuclei nudging. Even if WIMPs do leave an observable scar, the main concern for paleo-detectors will be ensuring the fossil tracks are really coming from dark matter particles, Slatyer said. Researchers will have to spend a lot of time convincing themselves the recoils are not the work of neutrons, neutrinos from the sun, or something else, she said.

“They make a good case that you can go pretty deep to shield from cosmic rays,” she said, “but this is not a controlled system. This is not a lab. You may not know the history of these rock deposits very well. Even if you claimed a signal from it, you would have to do a lot more work to be really convinced that you weren’t seeing some kind of background.”

Drukier and Freese both said the paleo-detectors’ strength may lie in numbers. A rock contains multitudes of minerals, each with atomic nuclei that would recoil from a marauding WIMP in different ways. Different elements would therefore serve as different detectors, all wrapped up in one core sample. This would allow experimentalists to view a spectrum of recoils, corroborating their evidence and potentially allowing them to draw conclusions about WIMP mass, Freese said. In the future, a paleo-detector could even provide a WIMP record through time, just as the fossil record allows paleontologists to reconstruct the history of life on Earth.

To Slatyer, the long record could offer a unique probe of the Milky Way’s dark matter halo, the cloud of invisible material that Earth swims through as the solar system makes its 250-million-year orbit around the center of the galaxy. Understanding how the Milky Way’s dark matter halo is distributed could provide insight into its physical behavior, Slatyer said. It could even demonstrate whether dark matter interacts with itself in ways that go beyond gravity.

“This is a place where the theory and modeling is still in very active development,” she said.

That is still a long way from reality, however. Freese and Drukier say a proof-of-principle paleo-detector would first have to demonstrate that it can find recoil tracks left by known particles such as solar neutrinos. Then they must prove that they can isolate WIMP trails from these ordinary recoils.

“It’s a major change of perspective,” Drukier said. “Will we find dark matter? I have spent 35 years looking for it. This is probably the most difficult experiment in the world, so we may not be lucky. But it’s cool.”

GizmoCrazed - December 7, 2017 0
It’s been a bad few months for internet freedom in China (and really, a bad few decades, but who is counting?). The government brought...

Peep the future of distributed ledgers with the leaders of Hyperledger,...

Watch an Epic Duet Between Human and Robot