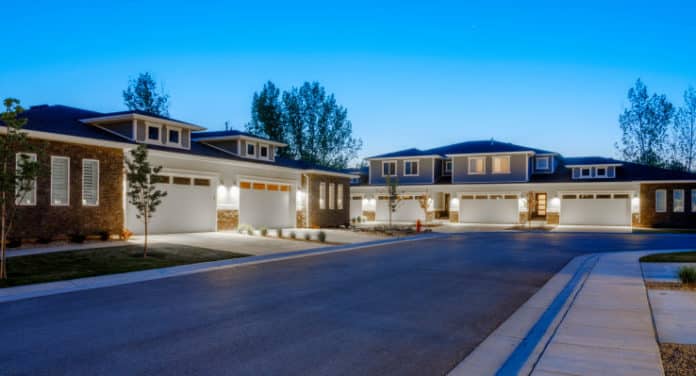 In a press statement, Chamberlain Group CEO JoAnna Sohovich said Tend and Lockitron’s produts will be integrated into myQ. “We know families enter and exit their homes through their garage doors multiple times a day. Our myQ technology allows homeowners to monitor and control access from their smartphone,” she said. “Adding video, connected locks, and enhanced artificial intelligence to our access solutions will provide even further peace of mind as homeowners connect to their homes and loved ones.”

Lockitron was one of the first smart lock brands, shipping its first connected lock in 2010. Its flagship product is the Bolt, a smart lock that is accessed by smartphone. The Bolt launched in 2015 and was the first smart locks available for under $100. The Chamberlain Group will integrate Lockitron’s technology into myQ so users can control their garage and residential doors with one app.

In an email to TechCrunch, Cameron Robertson, who co-founded Lockitron with Paul Gerhardt, said they began looking for potential buyers in order to have the resources to scale up and meet retail and e-commerce demand. Chamberlain Group was the best fit because it will support existing Lockitron users, and Lockitron’s technology can also be integrated into other products besides myQ. The transaction was an asset sale of the Lockitron product line from its parent company Apigy. Robertson and Gerhardt are now advising Chamberlain on a part-time basis, as well as working on new projects not related to Apigy, which Robertson says will eventually be wound down.

Tend’s video and functionality, including facial recognition, will also be integrated into myQ, so users can add a Tend camera and see video of their garage doors opening and closing through myQ’s app. The company was launched in 2008 and its co-founder and CEO Herman Yau will continue on as Tend general manager, leading its video and AI platform as part of Chamberlain Group.