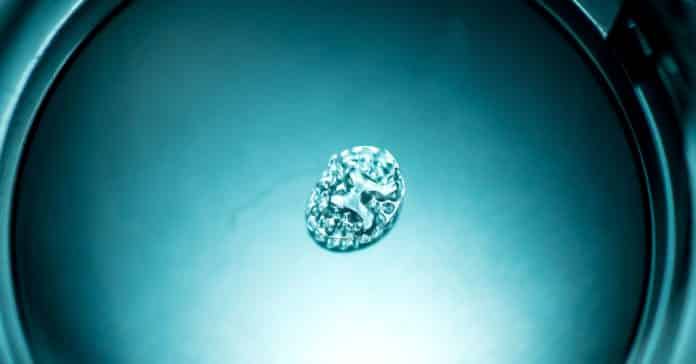 For doctors and medical researchers repairing the human body, a 3D printer has become almost as valuable as an x-ray machine, microscope, or a sharp scalpel. Bioengineers are using 3D printers to make more durable hip and knee joints, prosthetic limbs and, recently, to produce living tissue attached to a scaffold of printed material.

Researchers say that bio-printed tissue can be used to test the effects of drug treatments, for example, with an eventual goal of printing entire organs that can be grown and then transplanted into a patient. The latest step toward 3D-printed replacements of failed human parts comes from a team at UC San Diego. It has bio-printed a section of spinal cord that can be custom-fit into a patient’s injury.

The scientists first printed out small implants made of softgel and filled them with neural stem cells, again using a printer. The implants were then surgically placed inside a tiny gap in a rat’s spinal cord. Over time the new nerve cells and axons grew and formed new connections across the cut spinal cord of the animal. These nerve cells connected not only with one another but with the host spinal cord tissue and the circulatory systems of the patient, which helps ensure their survival in the body. The precision 3D printing allowed the softgel and cellular matrix to fit accurately into the wound.

The UCSD team, led by Shaochen Chen, a professor of nanoengineering, and neuroscientist Mark Tuszinski, published their findings today in the journal Nature Medicine. Most work on 3D bio-printing is done in culture dishes, but this experiment was unique in that the team was able to do this in laboratory rats, and because the lab-grown cells then successfully bridged the gap of a cut spinal cord and partially restored movement to the animal’s hind quarters.

“They were able to reorient the cells that create scar tissue and create new connections,” says Christine Schmidt, a professor of biomedical engineering at the University of Florida who was not associated with this new research. “This has always been a huge challenge in the field. That is really novel.”

Bio-printers use a computer-guided pipette to layer living cells, referred to as bio-ink, on top of one another to create artificial living tissue in a laboratory. Most bio-printers can only print down to 200 microns, but this group developed a method of producing tissue down to 1 micron, Chen says. This higher resolution meant they were able to more accurately reconstruct the mixture of gray and white matter that makes up the spinal cord.

The team also was able to mimic the structure of a real spinal cord that has gray matter in the middle and a protective white sheath of myelin nerve cells around it. The hope is that, as a result, the implant will be able to seamlessly replace a damaged section of a person’s spine, something that hasn’t been possible so far. “That’s the beauty of our 3D printing,” Chen says. “I can mimic the structure. Other people couldn’t do the same.”

But Chen and his team have several hurdles to clear before people with spinal cord injuries can walk again. First, most such injuries result from crushed, rather than cut or completely severed, spinal cord tissue. In this study, the animals’ spines were cut. Because real-world injuries typically don’t produce a clean break, it won’t be so easy to simply slot a new segment into a person’s spine. Second, the technique has to be tested in primates before entering human clinical trials. In the meantime, Chen and his colleagues have other ideas for bio-printing tissue, creating mini-organs to test the effects of various drug treatments. In the past two years, the team has also created bio-printed liver and heart tissue.

How far could bio-printing be pushed? Last year, bioengineers at Wake Forest Institute for Regenerative Medicine created the first 3D-printed brain “organoid” that contains all six kinds of cell types found in normal human anatomy. Of course that’s nowhere near an actual thinking brain. Florida’s Schmidt says that may take a few more decades of both engineering and brain science.

“Right now, they could print the materials that mimic the structure of the brain and add biochemical cues and extracellular matrix molecules,” Schmidt says. “But there is still so much that is not known about how the brain functions.” Bio-printing a new brain sounds like a neat idea; perhaps the trickier job is the programming.

Elon Musk's underground tunnel has potential, but leaves a lot to...

Scientists Capture The Sound Of An Atom