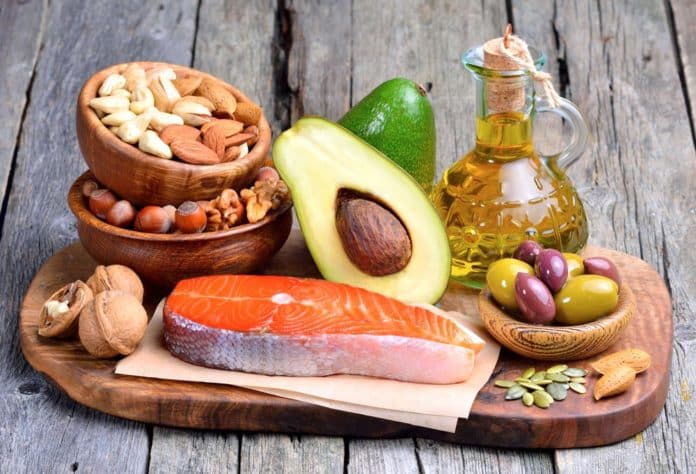 A mix of fats, such as those found in nuts, avocados, salmon and olives, could be healthy and more satisfying. (Credit: Craevschii Family/Shutterstock)

Public health guidelines, such as the Dietary Guidelines for Americans, have long emphasized reducing dietary fat intake, but nutritionists and other health scientists now have more recent evidence that not all fats have adverse effects. Dietary fats differ with regard to their effects on health and risk for chronic diseases, particularly in regard to effects on risk for heart disease.

Indeed, some nutrition experts now believe that certain types of dietary fat may even reduce cardiovascular risk. Some dietary fats may lower fats in the blood called triglycerides. They may also increase levels of HDL, or what is known as the “good” cholesterol, and reduce LDL-cholesterol, or the less healthy type of cholesterol, thus improving the HDL to total cholesterol ratio.

Also, many diet plans that do not strictly limit the total amount of dietary fat a person consumes have been associated with better diet satisfaction, weight loss, and preservation of muscle mass.

As a research professor in the field of nutrition and dietetics, I am convinced that findings from our work, along with other published current evidence, show that the concept that dietary fat is “toxic” is very much outdated and misguided.

Although there is conclusive evidence that one type of fat, trans fat, has no place in a healthy diet, it’s important to learn how to balance the other types of fats in the diet.

While not all fats are alike, they do share some things in common. They provide energy with approximately nine calories per each gram of fat, they are all broken down during digestion by enzymes in the gastrointestinal tract, and they are well absorbed as fatty acids, or chains of hydrogen and carbon.

But these carbon chains vary in length and their degree of saturation. As a result, dietary fats vary in their effects on the body.

While these differences are not new, the understanding of their effects is new, mostly due to findings from more recent studies like my own.

Thus, the amount of total fat in the diet no longer is the sole measure of the health effects of dietary fat. It’s also about the type of fatty acid, how long the carbon chain is, and whether the fat is saturated, mono-unsaturated or poly-unsaturated.

The Link to Heart Health

The scientific discourse about the potentially toxic role of dietary fat and cholesterol on human health started in the late 1950s and early 1960s, when scientists discovered how to analyze fats in the lab. They also discovered the link between dietary fat intake, serum levels of total and LDL-cholesterol, and risk for cardiovascular diseases in animals.

Because heart disease has been the leading cause of death in the U.S. since the 1930s, the Nutrition Committee of the American Heart Association in 1968 recommended reducing total and saturated fat intake. The emphasis on lowering dietary fat intake was advanced further in 1977 with the publication of the first Dietary Guidelines for Americans by the Senate Select Committee on Nutrition and Human Needs.

Health care professionals in turn shifted their nutrition counseling efforts toward encouraging a low-fat diet. And, the food industry began to develop and produce of a wide-ranging assortment of “low-fat,” “reduced-fat,” “light” and “fat-free” items.

In the mid-1980s, advice to consume a low-fat diet also became a strategy for weight control. Evidence from the landmark Framingham Heart Study uncovered that obesity increased risk for heart disease, and national data showed that the entire population was getting heavier.

Americans responded with a substantial reduction in the percentage of calories consumed as fat. But humans have a biological preference for the taste of fat. And with fat off the table, millions increased their consumption of dietary carbohydrates to compensate for the loss in flavor and appeal of foods. As a result, there has been a substantial increase in the waistlines of Americans. 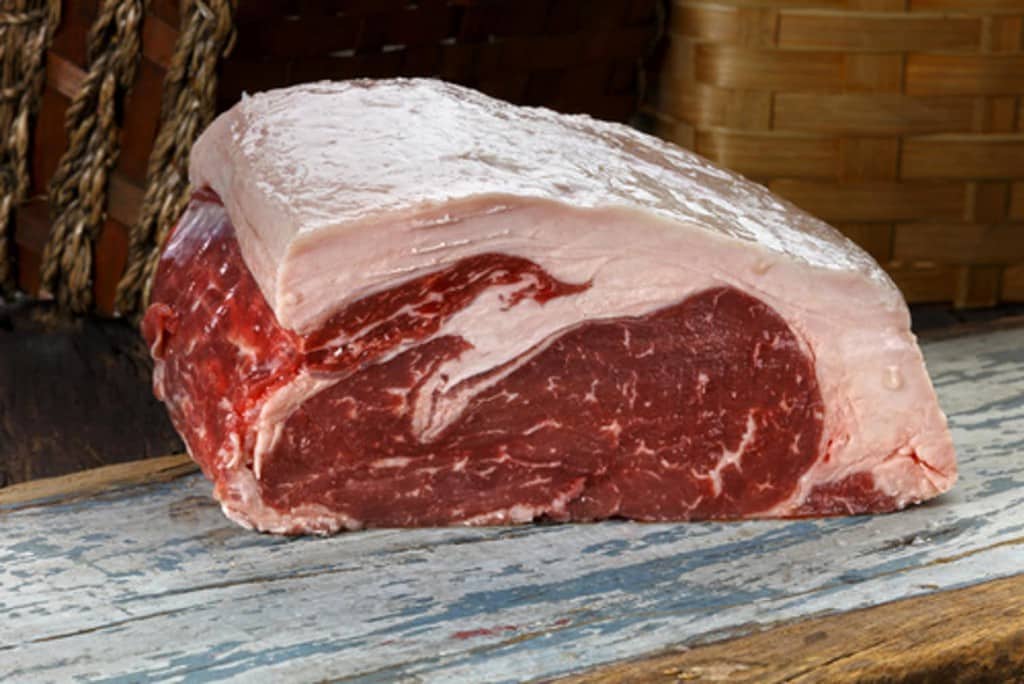 Studies have shown that humans have a preference for foods that contain fat, such as this slab of steak. (Credit: Paolo Santos/Shutterstock)

Based on this balanced moderately-high fat diet approach, my research team developed a 14-day cycle of menus comprised of three meals and two snacks per day that increases intake of foods high in the 18-carbon monounsaturated fat, oleic acid, and the 18-carbon and longer chain polyunsaturated fats (more commonly known as omega-3 and omega-6 fatty acids). To do this, we replaced high simple carbohydrate snacks with nuts, we replaced croutons in salads with avocado slices, and we used salad dressings high in safflower oil, canola oil and olive oil.

We have been studying the effects of this balanced moderately high fat diet in adults who are overweight or obese. In a study with 144 women over a period lasting 16 weeks, we found that study participants had significant reductions in abdominal fat and waist circumference; a 6 percent improvement in blood pressure; reduced blood levels of markers of inflammation; and overall a 6 percent reduction in their five- and 10-year cardiovascular risk.

Study participants reported that they found our diet to be highly palatable, satisfying and economically feasible to adhere to. The firm adherence to our balanced moderately high fat diet in the four-month study was reflected by significant changes in participants’ plasma fatty acid profiles (the array of saturated and unsaturated fats in the blood) that reflected the fatty acid composition of the diet menus.

In a follow-up study using more in-depth analysis of the lipid response to the balanced moderately high fat diet, we found a difference in response between Caucasian females and African-American females. While the Caucasian females had improvements in serum triglyceride and LDL-cholesterol levels, African-American females had the most significant improvement in HDL-cholesterol levels. These data support the concept that not all people respond to a dietary approach in the same way and there is no one optimal diet for all people.

In another follow-up study of the response to a higher fat diet, we also found that people with a specific genotype had a stronger response, and that response differed by sex, particularly with regard to improvements in HDL-cholesterol being stronger in females versus males.

Thus, I believe the choice of an effective dietary approach must be determined based on an individual’s goals and an individual’s clinical and metabolic response to the interaction between genes and environment.

There are limited studies on the strategy of balancing the type of dietary fat. While current scientific consensus is that extremes of dietary fat intake, too high or too low, are unhealthy, I believe that a paradigm shift focusing on the types of dietary fats consumed may offer the opportunity to modify our cardiometabolic risk factors without requiring major changes in the amount of fat or calories we consume.

GizmoCrazed - March 29, 2019 0
“Works with AirPower mat”. Apparently not. It looks to me like Apple doesn’t treat customers with the same “high standard” of care it apparently...