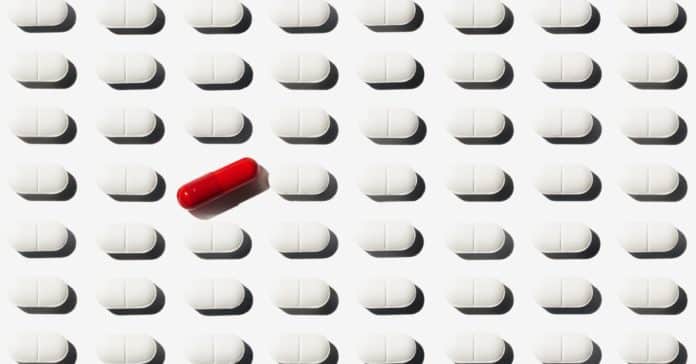 Humans and antibiotics have had a good run. These “miracle” molecules have saved millions of lives and and alleviated incalculable suffering around the globe. But in the last few decades, as millions of tons of antibiotics were indiscriminately pumped into humans (and farm animals), the pace of bacterial evolution began to outstrip pharmaceutical innovation. Today, nearly every disease-causing bacteria has acquired defenses against these drugs. As the world’s armory of effective medicines draws down, humans are running out of time to either change the behaviors that got us here, or come up with radically new treatments.

But breaking habits is hard, as a new study shows. According to an analysis of more than 19 million privately insured outpatients in the US, published today in The British Medical Journal, one in seven people were prescribed at least one course of pointless antibiotics in 2016. Extrapolated to the general US population, that could add up to tens of millions of unnecessary doses every year. “That’s huge,” says Kao-Ping Chua, a pediatrician at the University of Michigan Medical School, and a co-author of the study. “Despite decades of investment in education about antibiotic stewardship, providers are still recommending drugs for illnesses that would get better on their own.”

In the US, drug-resistant infections sicken more than two million people every year, and kill upwards of 23,000, according to the Centers for Disease Control and Prevention. Such infections, which have doubled in the last decade, foist an extra $2.2 billion in health care costs on the US every year. Those numbers will only grow as the 26 antibiotics doctors currently count on become useless or significantly impaired, with very little coming down the pipeline to replace them. In 2018 alone, pharma giants Novartis, Sanofi and Allergan all sold off or closed up their antibiotics divisions.

Where there is hope, several years down the road, is in a totally different approach, using Crispr. Earlier this month, Janssen Pharmaceuticals—a division of Johnson & Johnson—announced an $818 million deal with a small Crispr startup called Locus Biosciences to develop a radical new way to rid the body of disease-causing bacteria, without causing resistance. Just as the powerful gene-editing tool has opened up new frontiers in genetic medicine, Janssen is betting it could also be the first dramatic innovation in antibiotics in decades.

It would certainly be an ironic turn of events, for all the bacteria involved.

It was bacteria, after all, that evolved Crispr systems in the first place, as a sort of primordial defense against invading viruses called bacteriophages. Locus’ approach is to turn all this biology against nasty bugs like diarrhea-causing Clostridium difficile, and a species of E. coli commonly involved in urinary tract infections.

Those pathogens each have certain genes that they need to function. Locus has designed Crispr systems to target those critical stretches of DNA, using a Crispr enzyme called Cas3 that shreds the DNA. Locus’ scientists load the instructions for that Crispr payload; if it were conventional warfare, this would include a list of enemy strongholds to bomb and the directions for how to build each missile. Once loaded into phages and delivered to a patient, the Crispr system would only prey on the bacteria causing the infection. The company’s scientists hope to avoid any possibility of evolving resistance by targeting multiple indispensable genes. “We’re really building a precise way to reach into the body and take out only what we want removed,” says CEO Paul Garofolo.

Proving that out will require human trials, which Locus plans to begin later this year for drug-resistant E. coli. That timeline, however, depends somewhat on the partial government shutdown, now stretching into its fourth week. The US Food and Drug Administration is not reviewing any applications for new drugs. This has Garofolo worried, but the recent cash infusion at least takes some of the pressure off. Under the terms of the Janssen deal, Locus is getting $20 million upfront to tailor its Crispr system to treat lung infections, with up to $798 million in potential milestone and royalty payments down the line.

Even if the government shutdown ends tomorrow, it will still take years for a Crispr-based antibiotic to reach patients, if one ever does. In the meantime, researchers like Chua are evaluating other ways to help stem the tide of overprescribing. Apps that force doctors to justify their use of antibiotics before ordering them and automated emails that rank doctors’ antibiotic stewardship relative to their peers have both shown promise in changing behavior.

But, says Chua, the core of medicine has not changed: It is still about a patient sitting in front of a doctor, suffering. Often the easiest thing to do is to default to writing a prescription. “Unfortunately, a lot of the drivers are the culture of medicine—being aggressive and not wanting to miss stuff—which just feeds the cycle of expectations for patients,” says Chua. “It’s hard to imagine a technological fix for that.”

A Valve VR headset will finally be real

How far home printing has come in fewer than four decades...