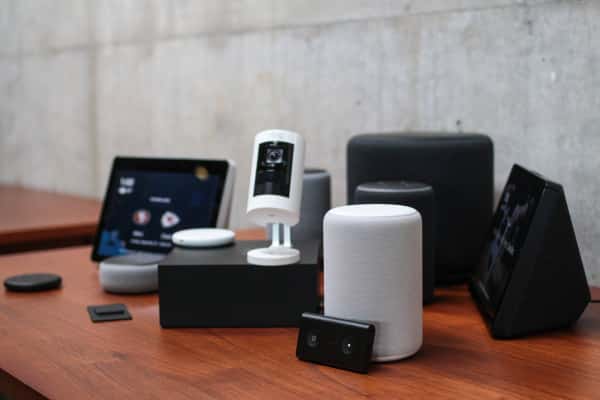 Amazon has hired Disney SVP Kyle Laughlin to head its Alexa Gadgets division, TechCrunch has learned. Laughlin spent eight years at Disney, most recently as the SVP and general manager of Games, Apps and Connected Experience at the entertainment giant’s Consumer Products and Interactive Media division.

According to his LinkedIn profile, the role found Laughlin overseeing apps, connected hardware and games for Disney and Lucasfilm. The gig also involved AI, IoT and AR/VR. Also, lots of Muppets.

Amazon has since confirmed the hire. A spokesperson for the company told TechCrunch, “I can confirm that Kyle Laughlin has joined Amazon as director, Alexa Gadgets. We’re very excited to have him.”

The gig appears to revolve around the newly defined “Alexa Gadget” category, which the company describes as “fun and delightful accessories that pair to compatible Echo devices via Bluetooth.”

Doesn’t seem like much of a stretch after eight years at Disney. Examples of current Alexa Gadgets include the Echo Wall Clock and Gemmy Industries’ connected Big Mouth Billy Bass and Dancing Plush Animatronics.

In a few short years, the Echo has transformed from smart speaker to a category-defining, industry-driving project. Alexa has become a huge business for Amazon and left everyone else struggling to catch up. Alexa Gadgets is a big push from Amazon to grow the smart assistant’s ecosystem beyond the smart speaker, through a wide range of connected devices.

GizmoCrazed - May 11, 2018 0
Today brings historic firsts for both SpaceX and Bangladesh: the former is sending up the final, highly updated revision of its Falcon 9 rocket...

Mile-high skyscraper set to be world’s tallest and twice as tall...