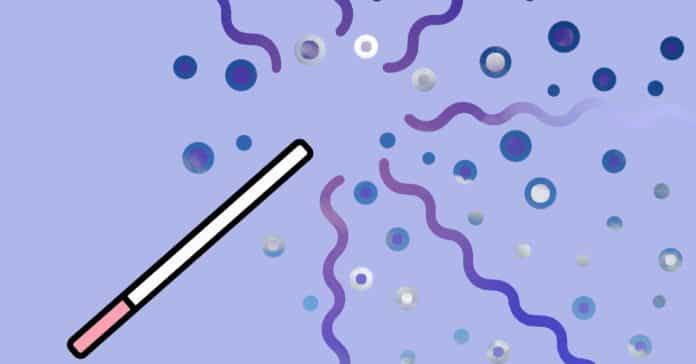 Check this out. It looks like a magic wand that makes things float, but it’s just plain physics. I guess that’s what makes these kinds of toys so cool. They do things that go against our everyday experiences. Normally stuff doesn’t just hang in the air like this.

But how does it work? The answer is a fundamental interaction in nature—the Coulomb force (also called the electrostatic force). The Coulomb force is an interaction between any two electric charges. It’s sort of a circular definition, since you still have to define an electric charge. I will just say that the two most common electric charges are everywhere—they are the electron (negative charge) and the proton (positive charge). Along with the neutron, these three particles make up pretty much everything you see in everyday life.

For the Coulomb force, if the two charges are opposite in sign (negative vs. positive), there is an attractive force between them. If the two charges have the same sign, the force is repulsive (meaning it pushes away, not that it’s gross). There is one other important part of the Coulomb force. As the charges get farther apart, the force between them decreases. That means super-close charges would have a very large force (either attractive or repulsive).

If the Coulomb force can be so strong, why do we not always see it as an interaction between objects? Because just about everything is made of both electrons and protons, objects tend to have about the same number of these two charges. The overall net interaction between two objects with a bunch of charges tends to be about zero Newtons.

But you won’t really understand the Coulomb interaction unless you play with it. So let’s do that before we get back to the magic wand. For this experiment, you will need two different materials to rub together. I’m going to use a small PVC pipe and a part of a plastic cup. When these materials are rubbed, electric charges transfer from one material to the other. The result is that one of them has extra electrons and the other one lacks some electrons. The material with extra electrons will have a net negative charge and the other object will be positively charged.

If I suspend the plastic from a string, I can see the interaction between the two objects.

Notice that they attract because they have opposite charges. Also notice that there isn’t much of an interaction until the two objects get close so that the Coulomb force is strong enough. I should point out that it’s not so easy to determine which object is positive and which is negative. There is a way, but for now let’s just say that the PVC is positive and the plastic is negative.

Now I can take another piece of the plastic cup and rub it with the same PVC pipe. What happens when I bring the two plastic pieces together?

They repel. We are making progress. Now for one more experiment. What happens if I hang a neutral object from the string and bring the positively charged PVC pipe? In this case I’m using a tiny bit of aluminum foil. Here’s what you get.

You’ll see two things happen. First, the aluminum (with no net charge) is attracted to the positive PVC pipe. After the metal makes contact with the PVC, it is repelled. Pretty cool. But why? Why does a neutral piece of aluminum attract and then repel the PVC? To answer this, I need to make a diagram to represent charges in the two objects. I’m obviously not going to draw all the charges (that would be too many). I’m just going to draw some of the excess charge. Here is my neutral metal and positive PVC pipe.

Now back to the magic wand thingy. If the wand has an overall positive charge, the lightweight tinsel can do the same thing as the metal aluminum foil. The only difference is that the tinsel has such a low mass that the electric repulsive force is greater than the downward-pulling gravitational force and the tinsel appears to float.

But how the heck does the “magic” wand get positive (or negative—it could be either way)? Essentially, it’s a tiny Van de Graaff generator. The device has an internal rotating belt. This belt passes near a voltage source which causes it to pick up a tiny excess of positive charge. The belt then moves into the interior of a hollow metal sphere at which point the excess charges can leave the belt and “charge up” the sphere. The key idea here is that excess charges always end up on the surface of a metal because they want to be near other like charges. Remember, like charges repel.

Overall, it’s a very creative method to make a charged object. But ask yourself this—if the magic wand is positive, where do the extra electrons go to make the whole thing positive? The answer is you. The extra electrons travel into your body through your physical contact with the wand. If you have one of these toys, you should try the following experiment. Try using the wand while wearing a rubber glove. Rubber is an insulator such that electric charges cannot easily pass through it. That means the electrons would be stuck on the wand along with the positives. It would make the magic wand not so magic.

Beyond Cas9: 4 Ways to Edit DNA

GizmoCrazed - March 19, 2019 0
Crispr scientists are, essentially, muggers in lab coats. When they need a new pair of DNA-slicing scissors, called a nuclease, they just steal one...

Apps That Could Help Save Money On Car Insurance