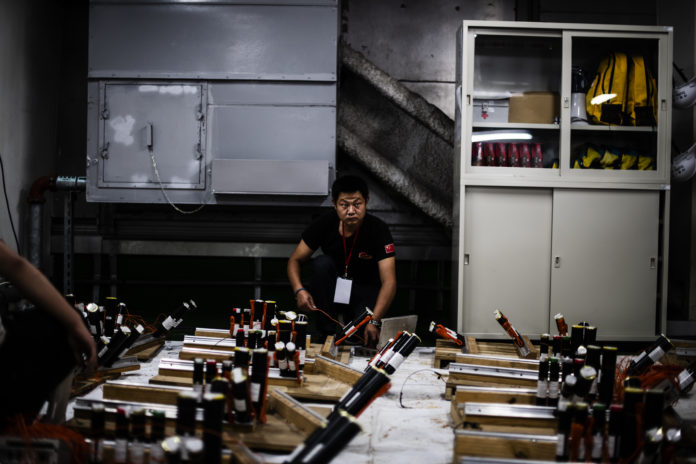 One of the tallest buildings in the world, Taipei 101’s New Year’s Eve fireworks have become an iconic celebration since the first show at the end of 2004. But despite being a major tourism draw, the fireworks haven’t been immune to criticism.

Over the past couple of years, as poor air quality becomes an increasingly serious issue throughout the country, the show has been targeted by Taiwanese environmental groups. The mayor of Taipei City, Ko Wen-je, said at the beginning of this year that the fireworks show should continue and other, more permanent measures against air pollution should be taken. “There are 365 days in a year,” he told reporters. “But the firework display was only 300 seconds, so we need a long-term plan to solve this problem.”

As one of the tallest LEED-certified buildings, however, Taipei 101 often serves as a case study for how landmark skyscrapers can reduce their carbon footprint, and it has been taking steps to reduce pollution from the show while keeping it a spectacle. A couple of weeks ago, a group of bloggers and reporters was invited to take a look at this year’s preparations. (All photos in this story, with the exception of the one at the bottom featuring last year’s show, are by Garret Clarke.) 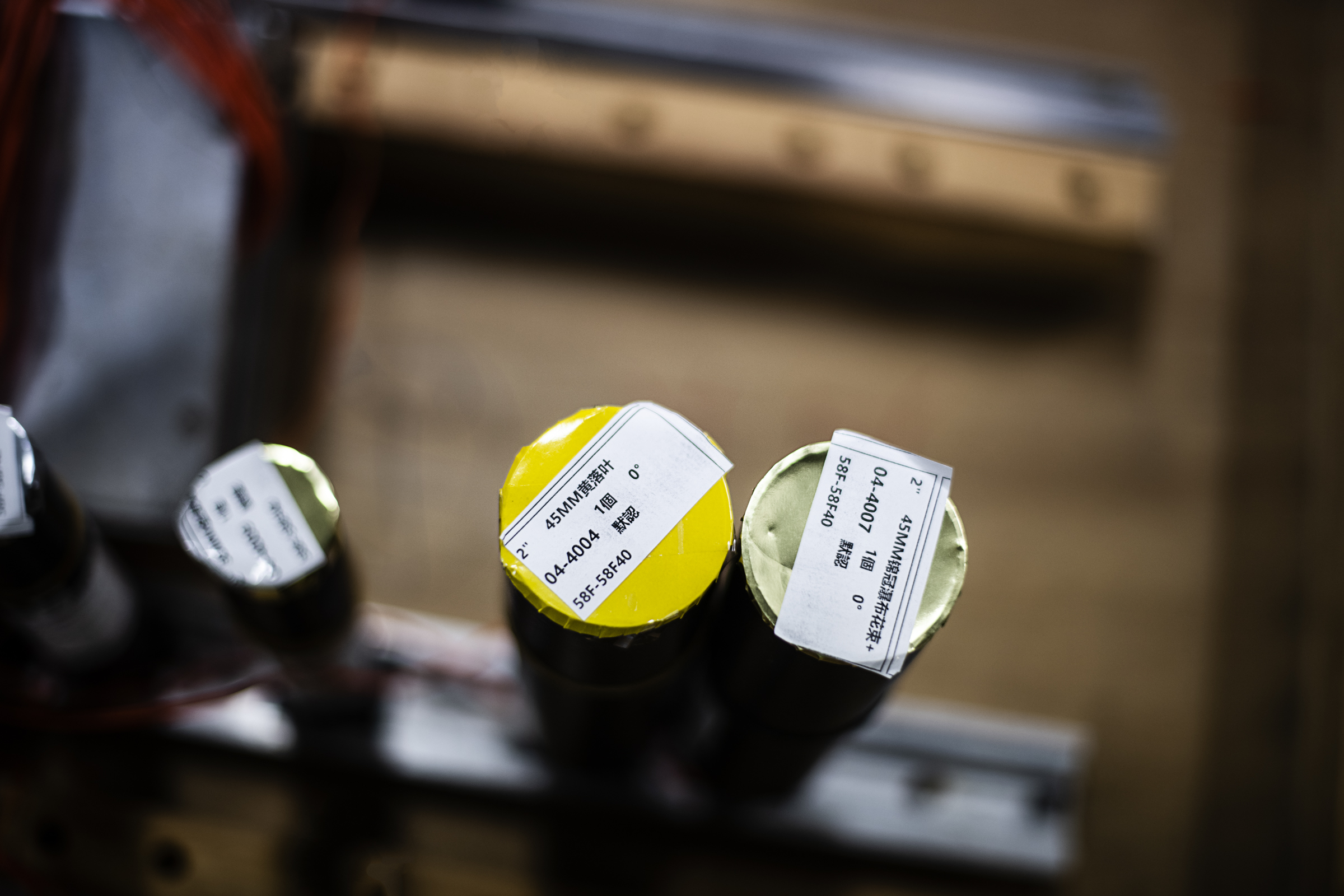 16,000 fireworks will be used in this year’s show, and preparations are usually finished by December 28 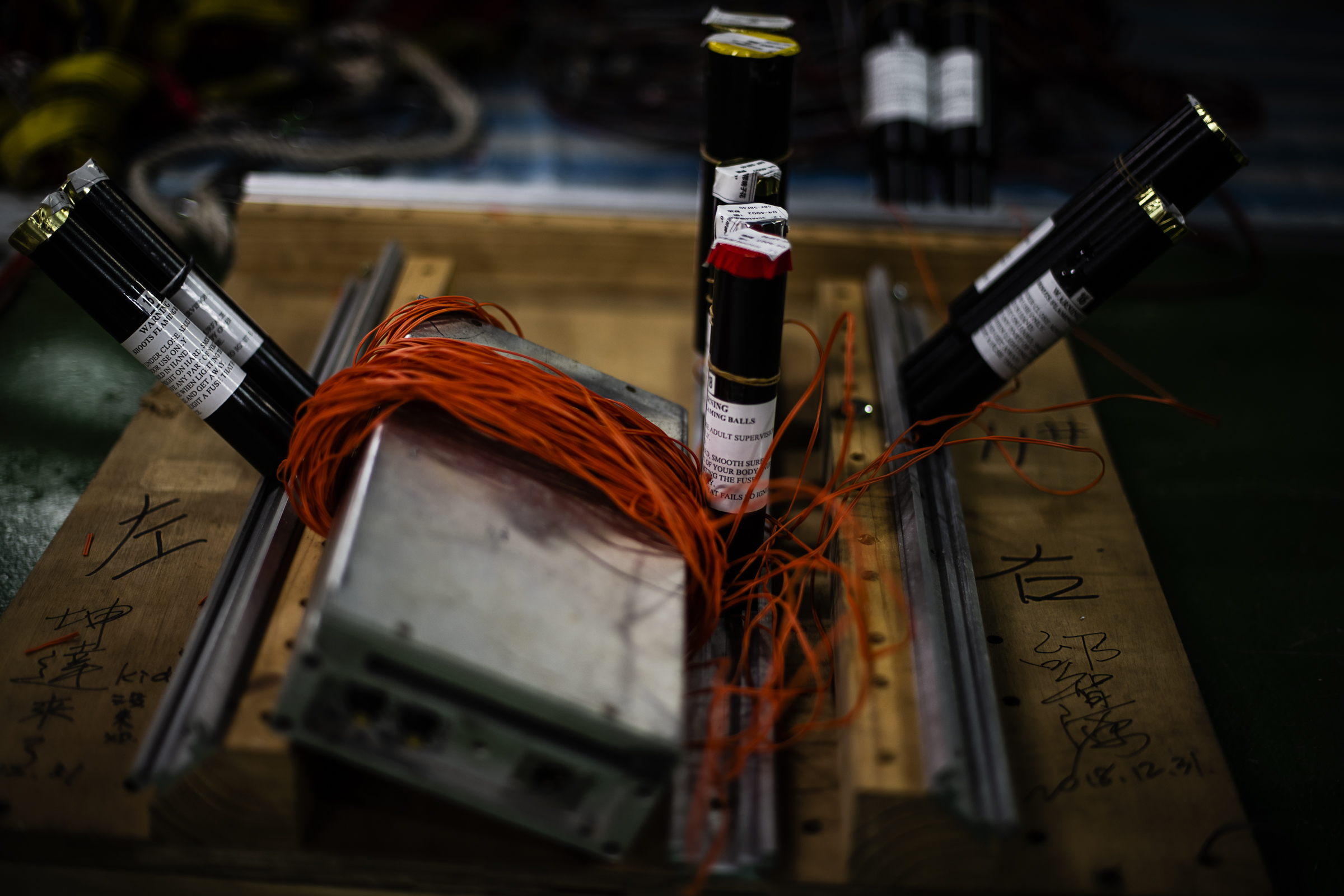 Over the past couple of years, the organizers of Taipei 101’s fireworks show have taken several measures to reduce pollution. Starting with last year’s show, the number of fireworks was reduced from 30,000 to 16,000. To add oomph to the reduced pyrotechnics, a 55-story-tall mesh screen made up of 140,000 LEDs, called a T-Pad, was installed by Taipei 101 fireworks contractor Giant Show on the north side of the skyscraper. The LED screen overlooks the plaza outside of Taipei City Hall, where a New Year’s Eve concert is held every year and showcases animations that coordinate with the music and fireworks. 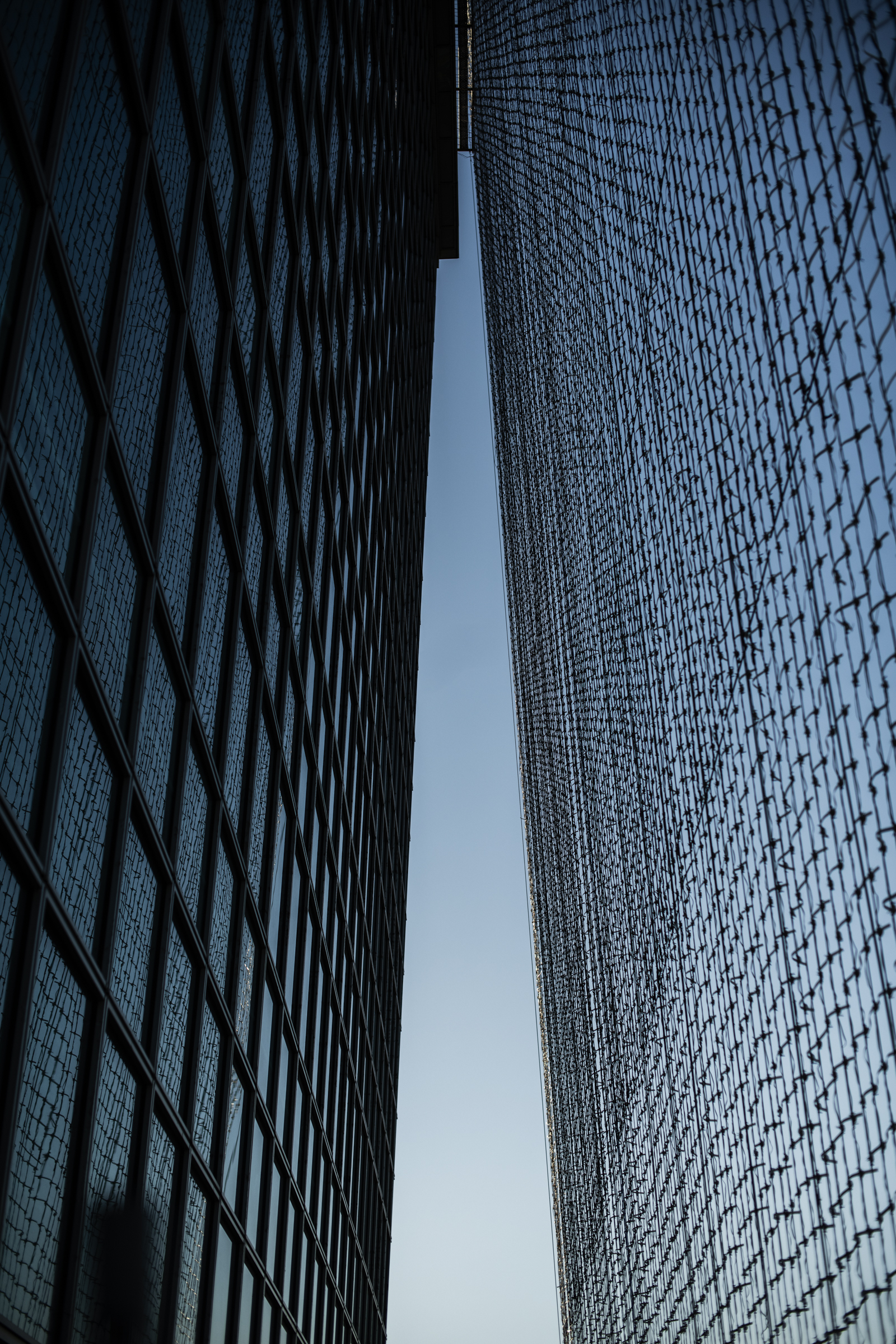 The LED screen is used during the rest of the year for promotions, advertisements and holiday messages

Andy Yang, head of corporate branding and communications for the Taipei Financial Center Corp., Taipei 101’s owner, told TechCrunch that this year’s show cost a total of about NTD $60 million (about USD $1.96 million). It will also include 16,000 fireworks, installed from the 34th to 91st floors of Taipei 101, and animations on the T-Pad. The team that plans the show includes 10 to 15 designers and about 50 pyrotechnicians who install the fireworks on the exterior of the building. Preparations are typically completed by December 28. 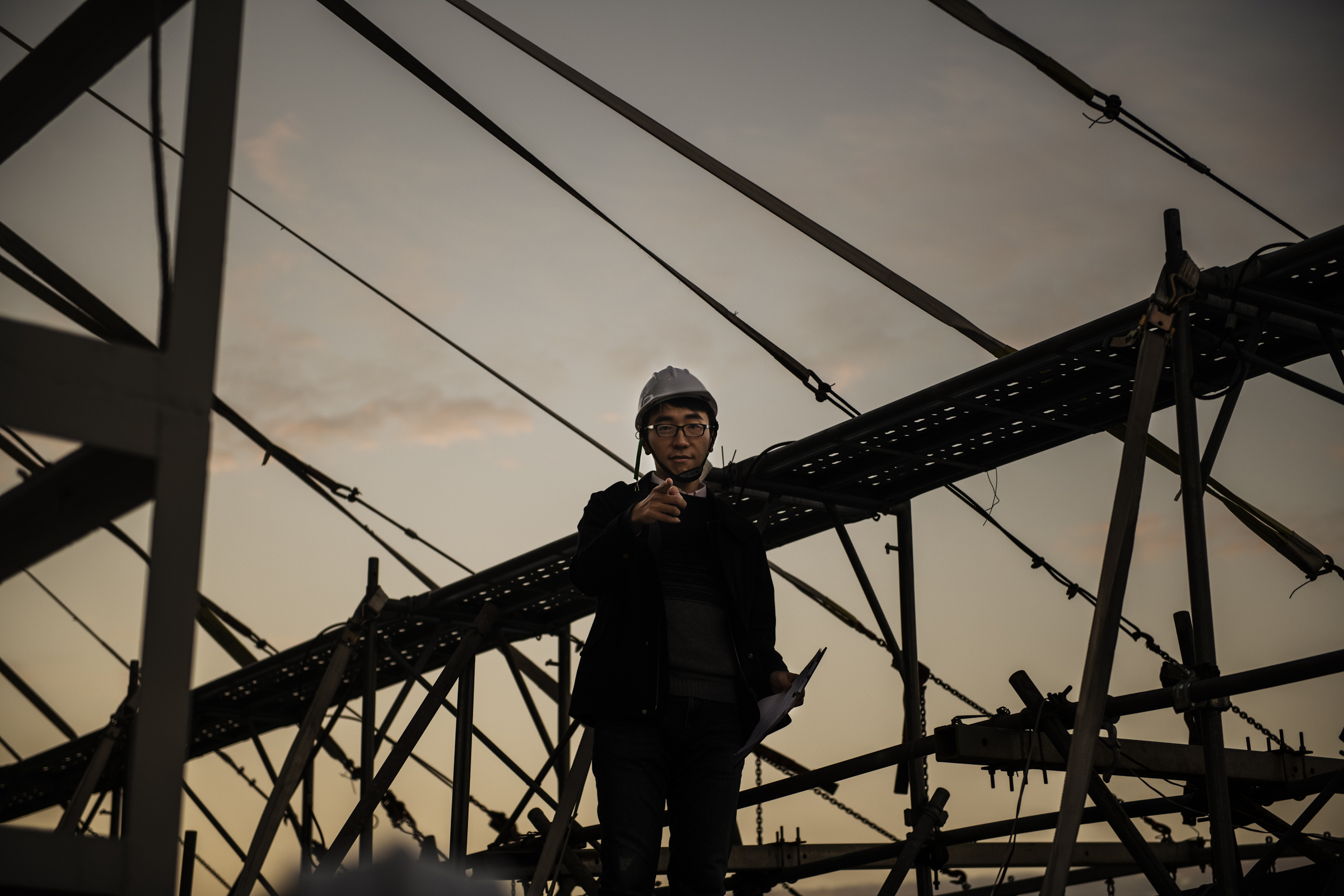 Yang says Taipei 101 has been decreasing the number of fireworks used year by year. The LED screen is currently only on one side of Taipei 101, but Taipei 101’s management is exploring the possibility of extending it to other sides of the building. 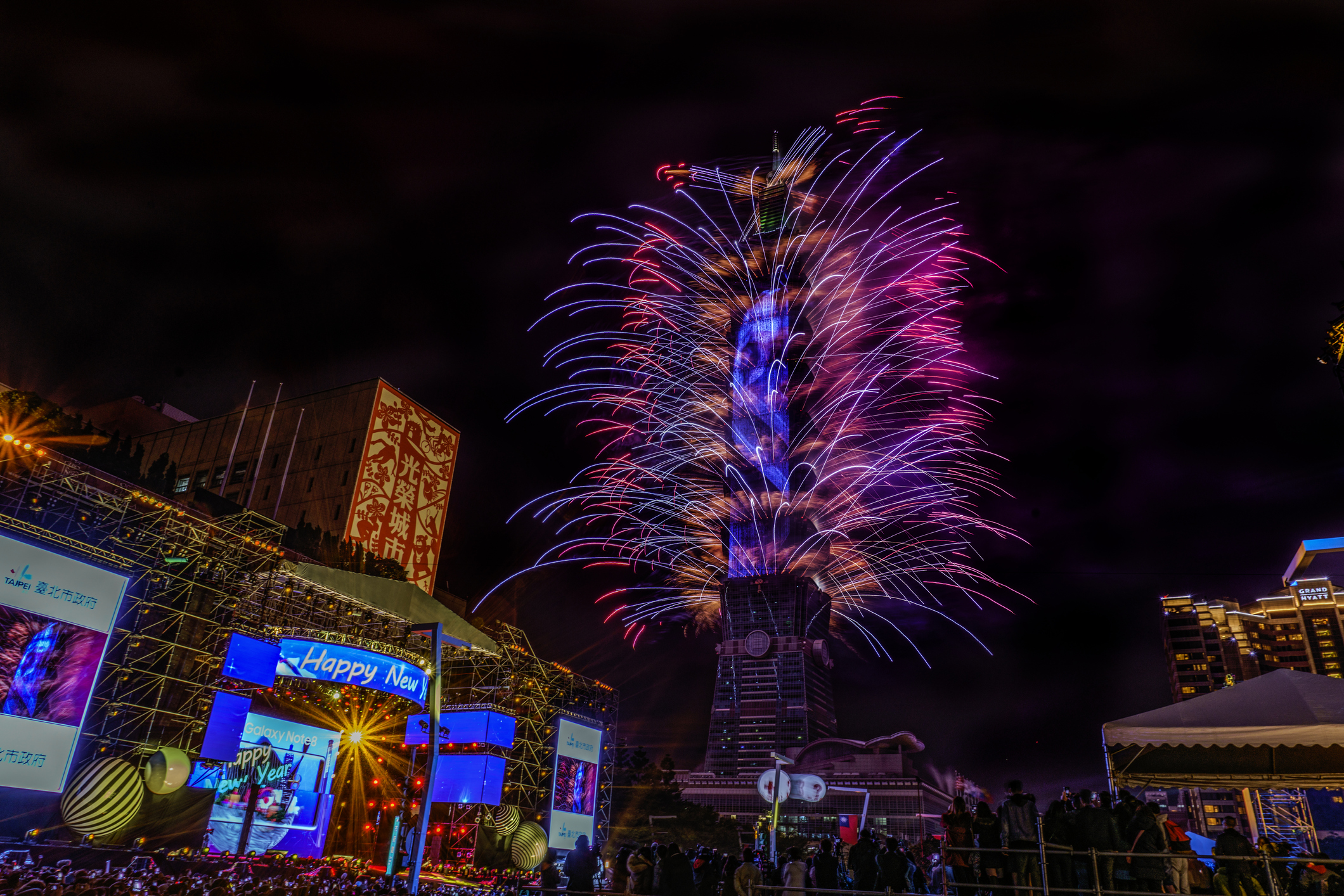 Taipei 101 also has an “all lights off” policy, turning off all exterior lights before and after the show in order to reduce carbon emissions. The LED screen not only enables Taipei 101 to reduce the number of fireworks used, but also enables the integration of pyrotechnics, animations, music and lights into one show, “which brings more design and content opportunities and possibilities for Taipei 101 and Taiwan,” Yang says.