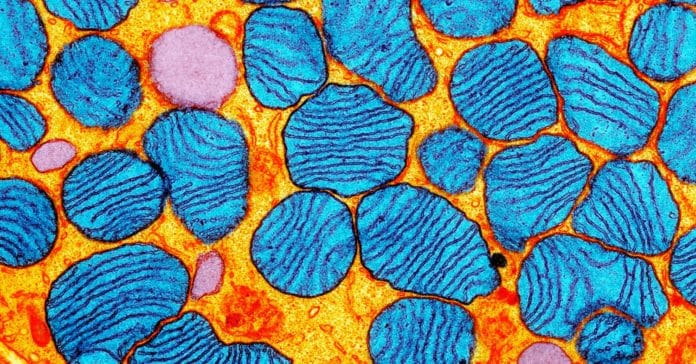 More than 5 million people across the world started out life as a sperm and an egg in a petri dish. Yet for every in vitro fertilization success story, there have been at least as many failures. Today the procedure works about 40 percent of the time for women under 35; it gets worse the older you get. But researchers and companies are hoping that a set of more experimental methods will improve those odds by hacking biology itself.

Last summer, a 32-year-old Greek woman, who’d previously undergone two operations for endometriosis and four unsuccessful cycles of IVF, once again returned to the surgical table to have a thin needle threaded through her vagina to retrieve eggs from her ovaries. But unlike in her earlier IVF attempts, this time fertility specialists did not inseminate them with her partner’s sperm right away. Instead the doctors at the Institute of Life, in Athens, took a donor’s eggs, stripped them of their nuclei, and inserted the patient’s DNA in their place. Then the modified eggs were inseminated. The resulting embryos—a combination of genetic material from three people—were transferred to the Greek woman’s womb, leading to her first successful pregnancy.

She is now 28 weeks along with a baby boy, according to a Spanish company called Embryotools, which announced the pregnancy earlier this month. The fertility tech firm is collaborating with the Institute of Life to conduct the first known human trial of the procedure, called mitochondrial replacement therapy (MRT), for treating infertility. Their pilot study in Greece will eventually enroll 25 women under the age of 40 who’ve failed to conceive using conventional methods of IVF. It’s the largest test yet of the controversial new method of procreation.

Unlike conventional IVF, which is essentially a numbers game to get a viable embryo, MRT promises to actually improve the quality of older eggs, which can take on damage as they age. If it proves to be safe and effective—a big if—it could radically change women’s prospects of having children later in life.

Fertility doctors first started messing around with the idea for MRT in the late ’90s in clinics in New York and New Jersey on a hunch that some people struggle to get pregnant because of defects in the jelly-like cytoplasm of their eggs. By 2001, the technique, often dubbed “three-person IVF,” produced a reported 30 births. Shortly after, the US Food and Drug Administration stepped in with warning letters, abruptly bringing such work in the American infertility scene to a standstill.

From the FDA’s point of view, embryos created using MRT represent an abrupt departure from nature’s normal course. The agency claims that they should be regulated like a drug or gene therapy, because these new, untested genetic relationships pose a considerable risk. While the amount of donor DNA makes up just a tiny fraction of the resulting embryo—about 0.2 percent—the potential health impacts of having any amount of donor DNA are still poorly understood. In the US, that ignorance stems in part from the fact that scientists are prevented from using federal funds for research on embryos that could result in their harm or destruction.

Critics argue that it’s unethical to expose unborn children to these unknowns when infertile parents have other options for starting a family, such as egg donation and adoption. “The potential risks of this procedure for the babies are significant but unclear; its potential value in treating infertility is inconclusive,” says Stanford bioethicist Hank Greeley, who wrote about MRT in his book The End of Sex. “For now, I wouldn’t do it.”

Where the case for MRT is more compelling (to ethicists and regulators) is in preventing mitochondrial diseases. Mitochondria, the structures that float in the cytoplasm providing power to human cells, have their own DNA, separate from the DNA coiled inside chromosomes. Mutations in mitochondrial DNA can lead to debilitating, often fatal conditions that affect about one in 6,500 people worldwide. Because babies inherit all their mitochondria from the female egg—sperm lose theirs during the act of reproduction—preventing mitochondrial disease could be as simple as swapping out one egg’s mitochondria for another’s. Studies in monkeys and human cell lines have mostly supported the idea, though in some worrying cases the donor mitochondria have been shown to revert back to the mutated form.

In February, British authorities granted doctors at Newcastle University the go-ahead to begin a study assessing how well MRT could help two women affected by mitochondrial diseases conceive healthy children. The UK is the first country to legalize the use of MRT, but only for women with heritable mitochondrial disease, and only under strict oversight. Australia is also considering legislation to approve the procedure in limited cases.

In the US, such trials are effectively banned. But that hasn’t stopped the most determined MRT defenders from trying it in places with looser laws.

In 2016, a New York-based infertility specialist named John Zhang reported using MRT to facilitate the birth of a healthy baby boy at a clinic in Mexico. Valery Zukin, a fertility doctor in Kiev, Ukraine, says he has used MRT in seven successful births since May 2017, with three more on the way. Zukin says he received approval for a five-year research program from Ukrainian health authorities, but he has not registered the trial with the European clinical trial database, and he is charging patients for the procedure: $8,000 for Ukrainians and $15,000 for foreigners. In December 2017 he formed a company with Zhang to make it easier for interested Americans to access the procedure in Ukraine.

Still, the lack of a rigorous trial leaves questions about how safe and effective the procedure really is. Those gaps in knowledge are what Nuno Costa-Borges, scientific director and cofounder of Embryotools, hopes to address in his Greek study. “The only thing missing from the debate is what happens to the babies,” Costa-Borges says . “There’s no other way of testing that than to transfer the embryos. But we need to do it in a strict, well-controlled study that is scientifically rigorous.”

Some critics may not be swayed by the study’s design, which won’t have a conventional control group. Embryotools is calling it a “pilot trial,” instead. The reason, Costa-Borges says, is that the women they have been recruiting have already failed conventional IVF many times before and may not have many chances left. Those unsuccessful IVF cycles will serve as the control group.

“Comparing to historical controls is better than nothing, but it’s not ideal,” says Paula Amato, an OB-GYN at Oregon Health and Science University, where much of the modern mitochondrial replacement therapy work has been pioneered by Shoukhrat Mitalipov. She says it’s always possible that some of these women might have gotten pregnant on their next round of IVF, even without MRT. But she applauds the Embryotools team for doing something to generate meaningful data. “In the fertility field, innovations have often been adopted prior to having evidence that it works, and that’s a problem.”

As in many countries, the laws in Spain and Greece aren’t exactly clear regarding the legality of mitochondrial replacement therapy. The procedure is neither explicitly prohibited nor approved. Costa-Borges says his team decided to conduct their trial in Greece because that’s where their long-time clinical partner, the Institute of Life, has its facilities. So far, the country has been playing along.

His team received approval in Greece at the end of 2016 but only began recruiting human patients last year after completing another battery of in vitro safety tests. “We are not rushing,” Costa-Borges says. “The technology has a lot of potential, but we want to move cautiously. We don’t want to create any false expectations.” So far, he says, his team has prepared the eggs from eight additional patients. Now that the first pregnancy has crossed into the third trimester, Costa-Borges says, his team is considering moving forward with the eight others.

In addition to showing that the early stages of MRT can be conducted safely, the technique’s proponents also need to assuage critics with longer-term data on how the children develop. To that end, Embryotools is working with a pediatric hospital in Greece to monitor the health of all the babies born from its study until they are 18 years old. The company is also exploring creating a registry of every child born using MRT technologies to help track their health outcomes over their lifespan as compared to naturally conceived babies. Such a database was never established for conventional IVF births, for legal and ethical reasons.

But given the raised stakes of such genetic alterations, the idea might gain traction this time around. Just as IVF redefined the biological boundaries of baby-making four decades ago, MRT is poised to write the next chapter in human reproductive history. Even at the current pace of MRT births, pretty soon it’s going to be easy to lose count.

A Faulty Booster Might Have Sabotaged a Soyuz Rocket Launch

GizmoCrazed - October 16, 2018 0
A NASA astronaut and a Russian cosmonaut were forced to make a dramatic landing after their ride to space, a Russian Soyuz rocket, failed...

A New Treatment for Alzheimer's? It Starts With Lifestyle