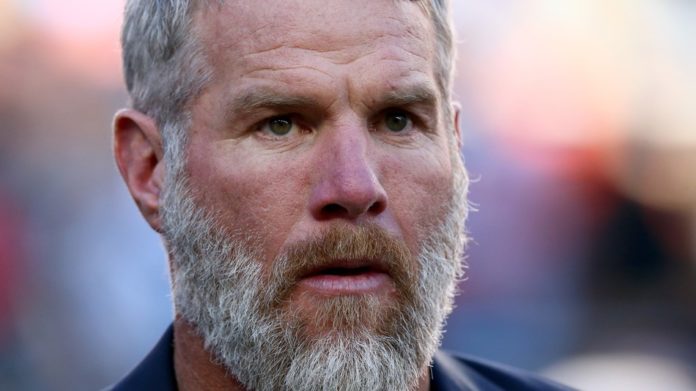 Brett Favre and Soulja Boy are doing some serious backtracking, after a report from BuzzFeed News revealed that the two had been tricked into making anti-Semitic statements via an app. And yes, the two celebs were paid for their misguided efforts.

The app, Cameo, seems pretty harmless on its face. It connects Average Joes with celebrities, and allows the former to pay the latter to make some kind of statement. Cameo calls them “personalized video shoutouts.”

You can probably see already where this is going.

According to BuzzFeed News, white supremacists used the app to get in touch with Brett Favre and Soulja Boy, and then paid them to made cryptic statements that were ostensibly supportive of U.S. troops but were filled with anti-Semitic dog whistles.

The group reportedly responsible calls itself the GDL — the Goyim Defense League — and used Cameo to get Favre to issue a rambling statement containing their coded anti-Semitic language and themes.

According to Cameo, a message from Favre costs $500. 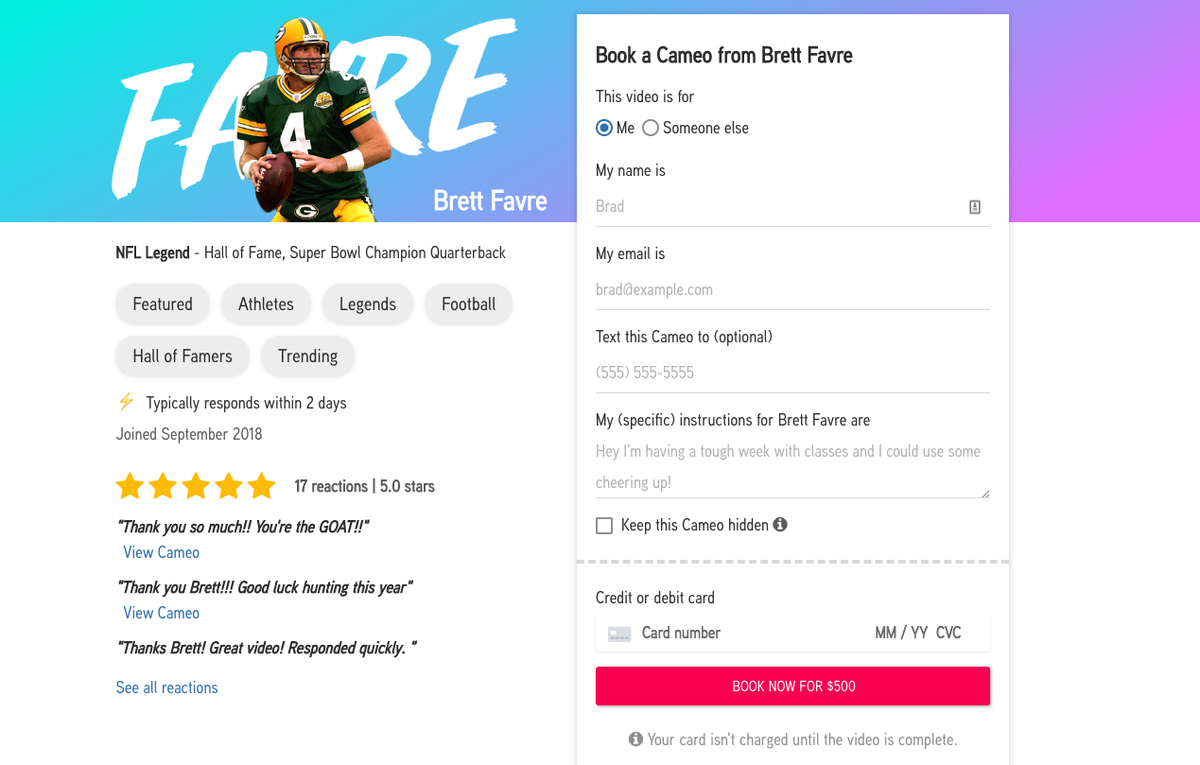 “Brett Favre here with a shoutout to the Handsome Truth and the GDL boys,” Favre reportedly says in the video viewed by BuzzFeed News. “You guys are patriots in my eyes. So keep waking them up and don’t let the small get you down. Keep fighting, too, and don’t ever forget the U.S.S. Liberty and the men and women who died on that day. God bless and take care.”

The usage of “small” is allegedly a slur for yarmulkes, and the U.S.S. Liberty is a naval ship that was attacked in 1967 by Israeli forces in an incident both governments described as an accident.

It’s perhaps understandable that Favre didn’t realize just exactly what he was saying, maybe, and he posted a statement to Facebook denouncing the group and the message.

“I was distressed to learn that the request came from an anti-Semitic group that reposted my video with comments implying that I endorsed their mission,” read the statement in part. “Nothing could be further from the truth. I am therefore donating my $500 Cameo fee to Charities supporting their fight against hate and bigotry.”

Soulja Boy looks to have fallen into a similar trap, having recorded a video promoting the same group.

“Shoutout to Handsome Truth and Sway at GDL,” the rapper says in a video viewed by Buzzfeed News, “GDL for life, bitch.”

A representative for Soulja Boy told BuzzFeed News that the rapper was unaware of the group’s affiliation.

“Soulja Boy was unaware that the video on Cameo was tied to a group that promotes hate.”

An app spokesperson told BuzzFeed News that the offending videos were removed and that the user who paid for them was banned. Cameo also reached out to YouTube with a request that the videos be removed there as well. On top of that, the company hopes that newly created filters will prevent something like this from happening again.

Perhaps next time the two celebs won’t just spout whatever old bullshit someone with a few bucks throws their way. After all, this is 2018. 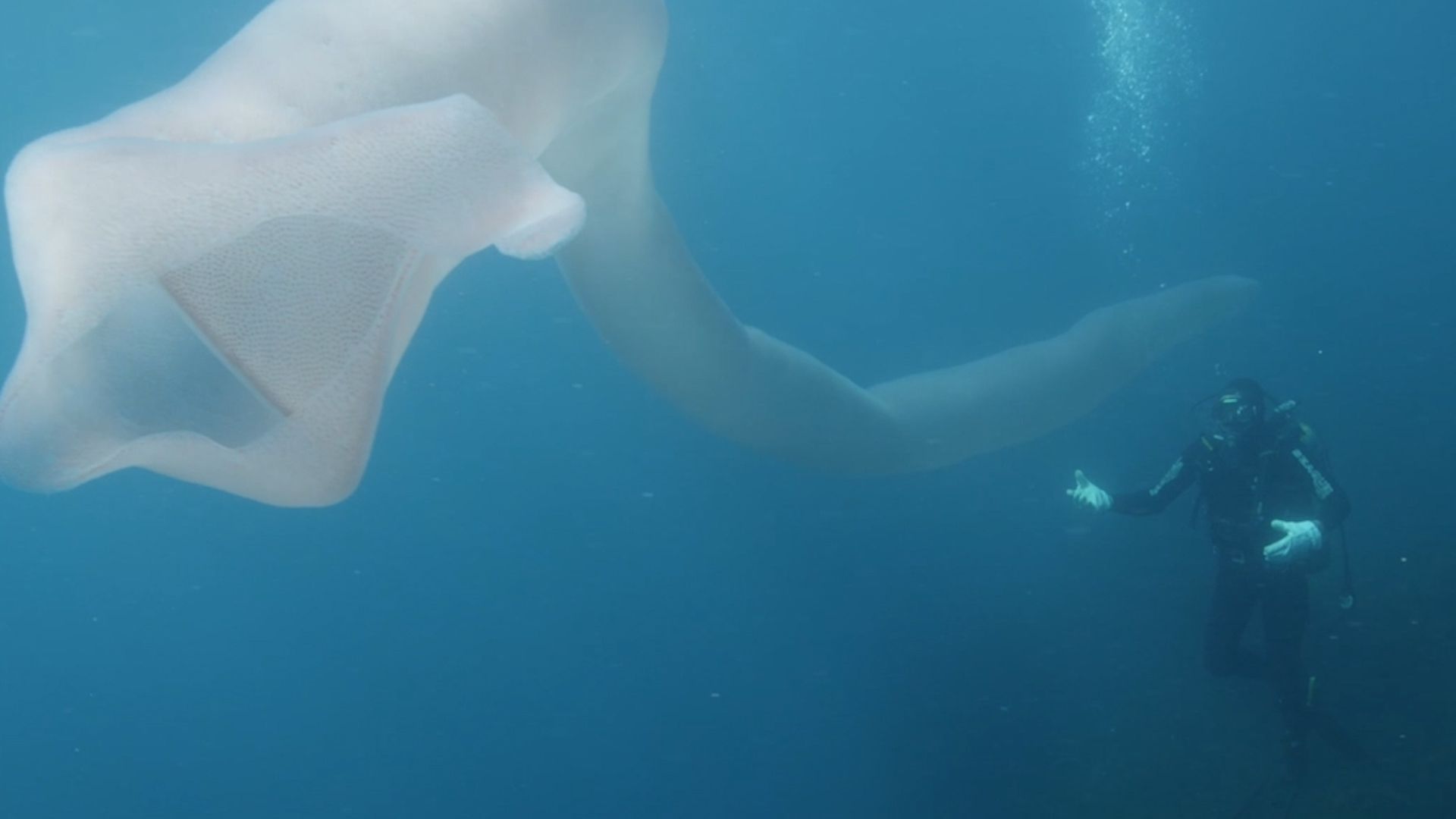 GizmoCrazed - February 28, 2016 0
These headlines-and there were several-stem from comments by Rice University's computer scientist Moshe Vardi who at the weekend asked what society would do when,...