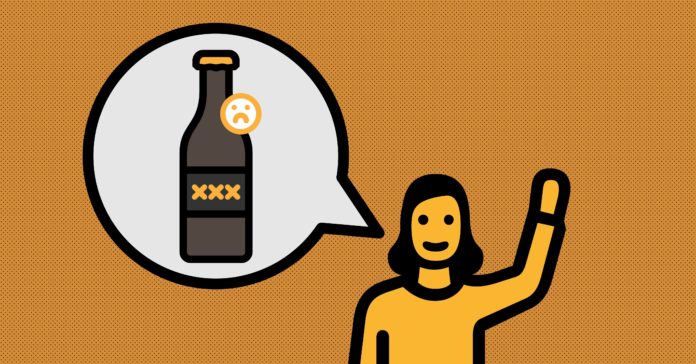 Our in-house Know-It-Alls answer questions about your interactions with technology and science.

Q: What Causes Hangovers, and How Can I Avoid Them?

A: The winter holidays require much of us—mindfulness of tradition (both religious and familial), emotional forbearance (both general and familial), financial judgment, good cheer (real or pretend), and, for some, a higher-than-usual intake of alcohol. For people who indulge, the season’s parties, vacation time, and family gatherings invite over indulgence. That, in turn, invites some pretty miserable mornings after.

If you’ve ever had a hangover, you know what I’m talking about. Or maybe you don’t, because symptoms vary when people let their blood alcohol levels climb up past tipsyspace and then crash back down to zero-point-zero. Some people report never getting hangovers at all. (There might be some genetic variation here in terms of susceptibility and speed of ethanol metabolism, but one study of Dutch students who said they never get hangovers showed that it was because they simply hadn’t drunk—drinked? drank?—enough). Some people wear them in their guts and others wear them in their heads. But you probably know the general drill: headache, diarrhea, loss of appetite, dehydration, nausea, tiredness, decreased coordination, cognitive impairment, and a general sense of feeling like crap.

Scientists do not know much more than that about the condition of hangover. They’re not sure what causes it, and they definitely don’t know how to fix it. It’s poorly studied. And the world is full of untested, self-styled “hangover remedies.” The outlook ain’t great.

Still, the rough outlines of a hangover aren’t complicated. If you don’t consume alcohol, you won’t get one. If you drink enough to get to 0.1 percent blood alcohol content—a somewhat arbitrary number, but let’s stick with it—you get a snowballing set of physiological consequences. Ethanol, the specific alcohol in booze, is a teeny-tiny molecule that slips between and into cells; it acts as a depressant in the gut, slowing down motility. From the GI tract the ethanol heads for the liver, where an enzyme called alcohol dehydrogenase begins the process of breaking it down.

If you drink enough alcohol to outpace the liver’s processing capacity, the ethanol makes its way via the bloodstream to other organs. It suppresses the production of vasopressin, also known as Antidiuretic Hormone, which is why drinking makes you pee … and why it dehydrates you. In the brain, it migrates from the frontal cortex (where you do your thinking and being) to regions of the brain responsible for self-governing and reward processing, and then at higher concentrations to the parts responsible for for memory, and then motor coordination. Nobody really knows how. That’s drunkenness, and it seems to operate via the same neural architecture that benzodiazepines like Valium do. You feel good, then you feel sleepy, then you feel bad.

Just as no one really knows how drunkenness works, no one’s really sure about the specifics of the hangover, either. Once your body has finished processing all that ethanol, maybe a dozen hours later, that whole other set of unpleasant symptoms show up. Researchers have advanced various hypotheses about the mechanism over about the last century or so. (It looks like alcohol withdrawal! It could be electrolyte imbalance! It’s some other non-alcohol ingredient in the booze, a “congener”! Maybe it’s the acetaldehyde that comes from metabolizing the alcohol!) Some studies show hints of oxidative stress. Ethanol might contribute to a leaky gut; in a (very, very preliminary) study, three months of probiotic treatment seemed to reduce inflammation, reduce injury to the liver, and reduce overall alcohol consumption … which also cut down hangovers.

The best idea going right now is that hangover is some kind of hyperactive immune response. (That’d help explain, intuitively at least, why hangovers feel a bit like the flu.) Hangovers correlate to increased levels of immune molecules called cytokines, especially interleukin-10, interleukin-12, and interferon-gamma in both blood and saliva. Cytokines can be inflammatory and anti-inflammatory; it’s the inflammatory ones that seem to be elevated after drinking.

Also in favor of this hypothesis: Almost all of the chemicals shown to have a therapeutic effect on hangover—yes, there are a few—are anti-inflammatories. One of them is a prescription migraine drug called Clotam. Others, like prickly pear extract, have less of an effect. Vitamins from the B-complex show up in lots of would-be hangover remedies, but no study has ever shown any real value. The obvious stuff, like aspirin and the other non-steroidal anti-inflammatories, antihistamines, or classics like “a greasy breakfast” and “a big glass of water”? As far as I can tell, no one has done rigorous tests.

In 2012, hangover research experienced what felt at the time like a breakthrough. A chemical called dihydromyricetin, isolated from the Oriental Raisin Tree—a drunkenness and hangover remedy in the Chinese traditional pharmacopoeia—turned out to actually work a little bit. Some of the researchers who worked on it tried to turn it into an over-the-counter drug back then, but that chewable formulation seemed to reduce its efficacy. DHM is still a popular ingredient in over-the-counter hangover remedies, and at least one of those relies in part on the work of one of the molecule’s original investigators. When you write about booze and science like I do, you get a lot of pitches on remedies—possibly because by one estimate the hangover cure market is worth $1 billion—and I’ve been in an email back-and-forth with one company for over a year, with various flacks insisting that their dihydromyricetin-and-vitamin formulation eases hangover symptoms, protects the liver, restores electrolytes, and so on. Most of the testing they cite is on rats, so I remain skeptical.

Without good research on human beings, we descend into the hell of a thousand anecdotes. Of course you and I are far too sophisticated and worldly to fall for such n-of-one nonsense. When someone tells us that hangovers are worse if you mix the kinds of drinks you have, or drink sugary cocktails, we scoff! Hah! Because we understand that the theater of drinking might be just as important as what’s in our glass. The effects of drinking and hangover are heavily influenced by what social scientists call expectancies. Basically, the things you think are going to happen to you when you drink are kind of what happens, at least in terms of how we react to ethanol intoxication.

With all that in mind, I’m going to offer some advice. It’s simple and it’s safe: Drink water.

Order a soda back when you order your first round, and when you finish it, drink the seltzer. Get a lime in it if you want. Maybe a dash of bitters. If you’re in a fancy-pants bar, maybe a dash of weird bitters. But whatever—drink the water. It’ll help slow the progress of the alcohol through your guts, and maybe even dilute the booze’s effect on your GI tract. But more than that, it’ll slow you down. You’ll spend a few minutes more feeling the effects of the last drink instead of chasing the next. You’ll enjoy the thing you’re at, or avoid the thing you’re avoiding. You’ll remember to experience the theater—the thing of drinking, as much as the drink. Look, if you have a lot of drinks, you’re going to be hungover. But if you drop some non-alcoholic drinks into the rotation, your night will go better, and so will your morning.

Adam Rogers wrote the New York Times bestseller Proof: The Science of Booze. He is WIRED’s deputy editor, and he is either interesting or annoying to drink with, depending on your goals.

GizmoCrazed - April 17, 2015 0
One of the sad bits about growth in human beings is the fact that the apparel needs to be regularly updated. As kids grow...

Here’s Why You Might Be Paying More Than Others When Shopping...