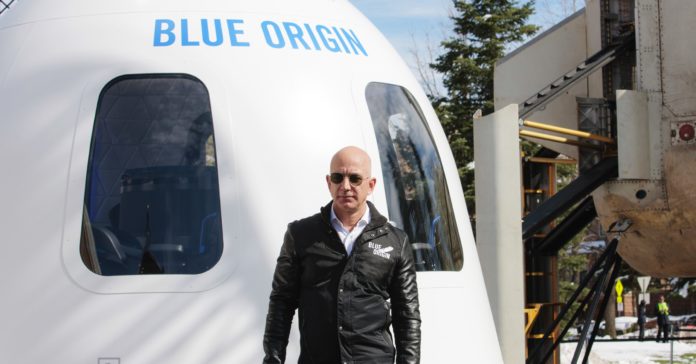 Update: This launch has been postponed to 2019. The post will be updated as the launch time evolves. Such is the nature of rocket launches.

Blue Origin is planning to soon launch its New Shepard rocket on its tenth mission from the company’s Corn Ranch landing pad in West Texas. The vehicle will carry a bevy of NASA-sponsored payloads into suborbital space, where they will experience a few minutes of weightlessness before returning to Earth.

Founded by Jeff Bezos and backed by his personal wealth, Blue Origin is developing reusable rockets with the goal of lowering the cost of access to space. This flight will be the fourth for this particular New Shepard, and the company will again attempt to recover the booster.

Blue Origin last flew on July 18, when it tested a key safety mechanism for its future manned missions. After crossing the Kármán line that delineates outer space, the New Shepard vehicle successfully tested the ability of its crew capsule to perform a high-speed escape maneuver in the event that its booster should run into trouble (such as bursting into flames).

This flight will similarly pop over the Kármán line, just over 100 kilometers above Earth.

One of the payloads that will cram in for this brief visit to microgravity is an experiment from the University of Central Florida that intends to analyze the behavior of dust particles in space. That experiment also flew just last week on Virgin Galactic’s rocket-powered spaceplane. The vehicle, SpaceShipTwo, carried two test pilots up on Virgin’s first crewed flight to dip its wings in space.

Between this Blue Origin flight and Virgin Galactic’s milestone, it’s been an eventful few weeks for the commercial space industry. Blue Origin and SpaceX originally both planned to launch on Tuesday, with SpaceX intending to send up a Falcon 9 rocket from Cape Canaveral carrying an Air Force GPS satellite. (It too was delayed.)

Blue Origin has yet to release a payload into orbit, and this flight is no different. But space has long been Jeff Bezos’ obsession. Both SpaceX and Blue Origin have aspirations of boosting humans’ presence in space, with outposts on Mars in Musk’s case and floating space colonies in Bezos’. He imagines mega-space stations holding a billion-plus people and hosting rivers and farmland alike. Speaking on stage in October at the WIRED25 conference, Bezos said “I’m hopeful that will happen in 2019. I was hopeful it would happen in 2018.”