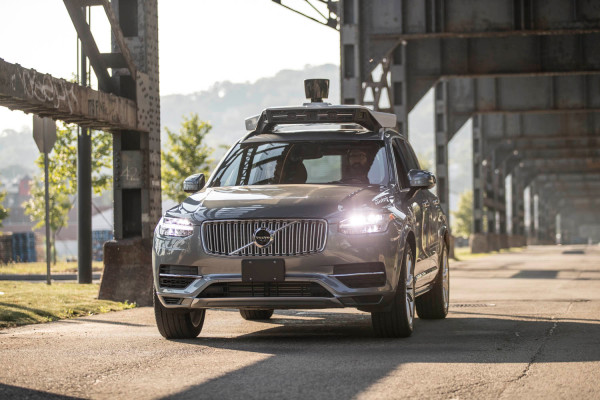 Uber has been granted permission by the state of Pennsylvania to reinstate tests of its autonomous vehicles, as first reported by Reuters.

A spokesperson for Uber confirmed to TechCrunch that the ride-hailing giant received a letter of authorization from the Pennsylvania Department of Transportation and clarified that the company has not yet resumed self-driving operations.

Uber halted testing of its self-driving cars following a fatal accident in Tempe, Arizona this March that left a pedestrian dead. An autonomous Uber SUV accompanied by a safety driver was driving northbound when it struck a woman, who was taken to the hospital where she later died as a result of her injuries.

Investigators later determined the driver, Rafaela Vasquez, had looked down at a phone 204 times during a 43-minute test drive, according to a 318-page police report released by the Tempe Police Department.

In the aftermath of the accident, Uber paused all of its AV testing operations in Pittsburgh, Toronto, San Francisco and Phoenix.

Moving forward, Uber will test its self-driving cars more cautiously, per a recently released Uber safety report. The company will require that two employees are in the front seat of its cars at all times, that an automatic braking system is enabled and that its safety employees are more strictly monitored.

Uber, which first began developing its autonomous vehicle fleet in 2015 and initiated tests the following year, confidentially filed for an initial public offering two weeks ago. The company, currently valued at $72 billion, is expected to debut at a valuation as high as $120 billion early next year.

Is It a Human or Computer Talking? Google Blurs the Lines

GizmoCrazed - January 9, 2018 0
(Credit: Viktorus/Shutterstock) Siri and Alexa are good, but no one would mistake them for a human being. Google’s newest project, however, could change that. Called Tacotron...

Google’s self-driving cars can now honk at you

A More Humane Livestock Industry, Brought to You by Crispr

Hyperloop is on the way