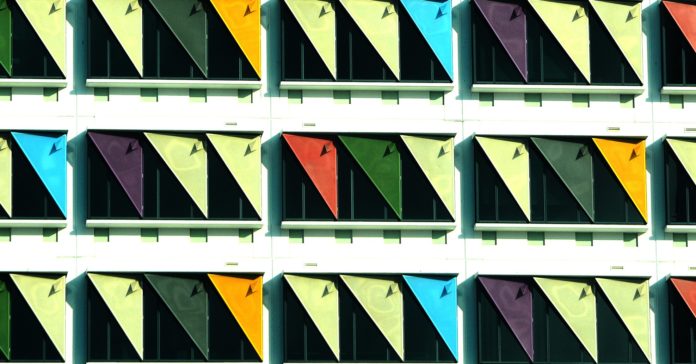 You might have already passed that silly course with a title something like “Introductory Algebra and Trigonometry.” It covered a bunch of stuff, but the important part was that the class was a prerequisite for your physics course.

But do you really understand the very basic concepts of trig? Yes, I just call it “trig” because I always misspell trigonometry. Maybe you can use the double angle formula and you don’t have a problem with trig identities. It’s very easy to do some of the more complicated parts of trig while forgetting about the essence of trig (a nice name for a perfume, don’t you think?).

Honestly, I find that quite a few students make silly trig mistakes. It happens way more often than it should. Don’t worry, I’m here to help. Let’s start from scratch and go over the super basic ideas of trig. Yes, I will also show you why you need this.

Start With a Right Triangle

There are only two requirements for a right triangle. First, it has to be a shape with three sides—the “triangle” part. Second, one of the angles must be 90 degrees. That’s it. With that, you can imagine a whole bunch of different triangles. OK, let’s just draw a bunch. I will start with two perpendicular lines and then draw a hypotenuse at different angles. Here’s what I get.

Note: I turned this image on its side so it fits better. But I want to label the sides of all of these triangles using a convention as shown in this diagram.

So, in my many triangle pictures the “x” is in the vertical direction. You can see that for all of these triangles the x value is essentially constant. But the angle, the hypotenuse, and the other side (y) all change.

Once I have all these triangles, I can start to measure some stuff. Let’s start with the smallest angle of 5 degrees. In this case, I have the x value at 5 centimeters and the y value is 0.5 cm. Just to be clear, I drew this triangle and then I measured the sides with a ruler—no math involved (yet).

What would happen if I drew another right triangle with one of the angles at 5 degrees, just like the one in the picture, but in this new triangle the x side is 1 meter long? Yes, the new, larger triangle would have the exact same shape. With a longer x side, however, it will also have a larger y side. But since this is a similar triangle, the ratio of the y to x side should be the same for both the large and the small triangle. So, if you find this y-to-x side ratio (y divided by x) it should be the same for ALL right triangles with one of the angles being 5 degrees.

OK, what about a triangle with a 10 degree angle? What about a 15 degree angle? Let’s just do this. I will use all of the triangles in the drawing above and measure both x and y (although x doesn’t change) and then plot the ratio of y/x versus the angle theta. Here’s what I get.

But remember it’s just a function. Let’s look at another function. But if I use the triangle above, I only get angles from 5 to 80 degrees. I want MORE angles. What if instead of keeping the x side of the triangle constant, I keep the hypotenuse constant? In that case you can imagine a line of fixed length sweeping around a set point. As this set line sweeps around, it would create a circle. AH HA! You knew trig was really about circles. Alas, not really. It just happens that it’s easy to show trig functions with a circle, but trig functions are really about right triangles. Don’t be fooled.

How About More Triangles?

The numbers next to the lines for the different triangles are just my measurements of the y side length (in centimeters). I drew a triangle for angles at 10 degree increments so I should be easy to figure out the angle for each triangle. I recommend drawing your own set of triangles. You can’t really understand something just by looking at it; you have to do it yourself (it’s not hard).

Since all of these triangles have a hypotenuse of the same length, I can make a plot of the ratio of y/r vs. theta for all the angles from 0 to 360 degrees. Two things to notice before getting to the graph. First, what I call “y” could also be called the “opposite” side of the triangle. This means that y/r is the same as “opposite over hypotenuse”—yes, you’ve seen that before. Second, if the y side of the triangle is below the x-axis I’m going to give it a negative length. That will be useful later.

Here is my plot of opposite over hypotenuse vs. angle. Remember, these are actual measurements from actual triangles (so it’s not perfect).

BOOM. Check that out. Are you excited? I am surprisingly excited that this worked out fairly nicely. You should be excited too, but if you aren’t that’s OK (I guess). But your eyes do not deceive you. That is indeed the sine function. This function is very similar to the tangent function except that it is the ratio of the opposite side of the triangle (opposite from the angle) and the hypotenuse.

You could also calculate the ratio of the adjacent side divided by the hypotenuse—we call this the cosine function. OK, now for some important notes on these functions.

One other very important point. If you are using angles in degrees, make sure your calculator (or your lookup table) is in degrees. If you are using radians, then your calculator needs to be in radians mode. You would not believe how often I see students make this mistake. But what is the difference between radians and degrees? Let’s go over that.

First, I guess we should talk about degrees. Why are there 360 degrees for a full circle? Why not 100 degrees? Wouldn’t that make more sense? Actually, no. The nice thing about the number 360 is that you can evenly divide it by A WHOLE BUNCH of numbers. You can divide it by 2, 3, 4, 5, 6, 8, 9, 10…there are even more. This means that by breaking a circle into 360 “parts,” you can also break it into many other parts. This is great if you are dealing with fractions instead of decimals. So, that’s why we have the unit of degrees.

What about radians? How about this? Consider just part of a circle. Something like this.

That new arc-length equation works IF a full circle is 2π units all the way around. Boom—that’s your angle measurement in radians. It allows us to make a fraction-less connection between the angle and the arc-length. In many ways it’s better than an angle measured in degrees since it’s more “natural”.

Why Do You Even Need Trig?

But now for the last question: why do we even need trig? Or perhaps you might ask, who cares about right triangles? You care. At least you should care. The main reason (but not the only) to use trig is for vectors. I’m going to give a quick intro to vectors, but if you want more details, check out this older post.

A vector is a variable with more than one dimension. Let’s consider an example. Suppose you push on a block with a force of 10 Newtons at a 30 degree angle with respect to a surface. It could look like this.

Although vectors seem fairly complicated, we can deal with them in a much simpler fashion. Instead of dealing with this pushing force all at once, it turns out that it’s possible to take this force and break it into two vectors: a force vector in the x-direction and a force vector in the y-direction. Once I have all the vectors in the x-direction, part of the problem becomes a one-dimensional x-direction problem. The other part of of the problem is just in the y-direction. Now I have two one-dimensional (and easier) problems.

Since the x-direction and the y-direction are at right angles to each other, the x and y parts of the force make up a right triangle. It looks like this.

Boom. There’s your trig. Whenever you deal with vectors in physics, you probably need to use trig. Just to be clear, here are some quantities that can be represented as a vector:

I could go on—but I’ll just leave it there. I think you get the idea. Trig is important for physics.

The Das Keyboard 5Q adds IoT to your I/O keys

GizmoCrazed - October 1, 2018 0
Just when you thought you were safe from IoT on your keyboard, Das Keyboard has come out with the 5Q, a smart keyboard that can...

Snips announces an ICO and its own voice assistant device

The Cars Behind The Original Transformers Decepticons [Infographic]

To Clean Up Space Junk, Some People Grabbed a Net and...