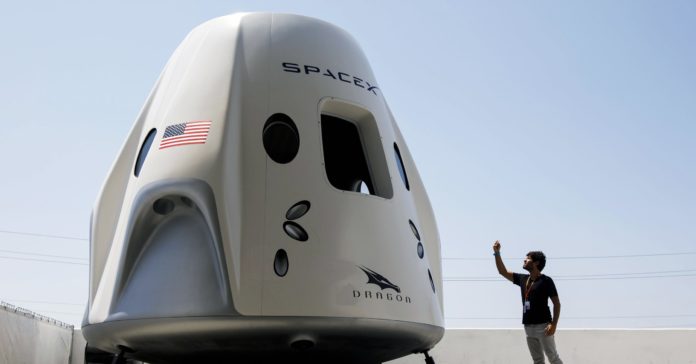 At the beginning of 2018, Elon Musk predicted that SpaceX would pull off 30 launches. The goal seemed far-fetched; among other reasons, some of those flights were planned for the Falcon Heavy, which at the time had yet to fly. Indeed, the company didn’t hit that figure. But the 21 launches it did pull off in 2018 still amount to a staggering achievement for the 16-year-old company.

Building off its earlier momentum—eight launches in 2016 and 18 in 2017—SpaceX’s reusable rocket technology moved out of the proof-of-concept stage to become the backbone of a growing fleet of flight-proven rockets. Although the company landed its first rocket in 2015, it took until 2017 for SpaceX to reuse its first booster. This year landings became almost routine, and engineers bid farewell to the moderately reusable Falcons of yesterday, ushering in an era of more capable Falcons, dubbed the Block 5.

The souped-up version of the company’s flagship rocket has performed beautifully since lifting its first payload, a communications satellite for the country of Bangladesh. According to SpaceX, the modifications (which include improved engines, a more durable interstage, titanium grid fins, and a new thermal protection system) will enable each Block 5 to fly 10 times or more before needing light refurbishments, and up to 100 times before retirement. This year all but two of the 14 rockets that SpaceX attempted to land stuck their landings.

After that first flight in May, Musk announced that sometime next year, SpaceX would launch and land the same Block 5 booster twice within a 24-hour period. To that end, the company has shown that it was able reuse the same booster three times; it also opened a new landing site, which should help reduce post-launch processing times.

Another long-standing goal was to debut its heavy-lift rocket, the Falcon Heavy. First estimated to fly back in 2013, the Falcon Heavy took its inaugural flight on Feb. 6th. After sending a cherry red Tesla roadster (complete with Starman pilot) on a journey past Mars, the three cores of the Falcon Heavy—each essentially its own Falcon 9 rocket—returned to Earth. Two of the boosters touched down in perfect synchronization on LZ-1 and LZ-2, SpaceX’s designated landing zones at Cape Canaveral. The Heavy’s center booster, however, missed its targeted landing spot on a waiting drone ship, and plopped into the Atlantic Ocean.

That was it for the Falcon Heavy in 2018; its next two flights were delayed to sometime next year. Still, that one test flight paid off for SpaceX. In a surprising move, the Air Force not only certified the Falcon Heavy for military payloads but also awarded the heavy-lifter its first major contract: the AFSPC-52 mission. Valued at $130 million, that contract will see SpaceX deposit an Air Force satellite in space sometime around 2020.

Not every negotiation went its way. SpaceX missed out on a slice of a government contract worth $2 billion to build hardware that could eventually launch national security payloads. The money ended up going to three of its competitors, ULA, Blue Origin, and Northrop Grumman.

The company also pulled back from some of its targets. During a press briefing for the Falcon Heavy flight, Elon Musk revealed that the company’s plans to send passengers around the moon on the Falcon Heavy would be scrapped. So what happened to the people who booked tickets? That answer wouldn’t be revealed until months later, when Musk announced that Yusaku Maezawa was the mysterious billionaire who had reserved both seats on the Falcon Heavy in the first place. Now Maezawa was slated to be the first paying customer on SpaceX’s next-generation rocket—the BFR (or Big Falcon Rocket). Billed from the start as an interplanetary transport vehicle, BFR (which is composed of two parts, a rocket and a spaceship capable of carrying hundreds of people into space) is perhaps more suited to this mission than the Falcon Heavy, allowing the heavy-lifter to rake in more sweet government contracts.

In another twist, Musk revealed that Maezawa would not be alone; he would be taking half a dozen artists with him on an epic trip around the moon. Although the rocket and spaceship are still years away from flight, Musk estimated that the jaunt around the moon could happen as soon as 2023.

Its first crewed flights, however, might well come in 2019. To date, every SpaceX Dragon capsule has only ferried cargo to and from the International Space Station. That is expected to change next year when NASA’s Commercial Crew program launches its astronauts, the first to take off from US soil since 2011. The first Crew Dragon spaceship was originally slated to take off in November as part of an uncrewed flight test, but delays (mostly due to ISS traffic) have pushed the flight to no earlier than January 17. If all goes according to plan, a pair of astronauts will fly to the station for a two-week stay sometime in the first half of the year.

Next year we may also see SpaceX succeed in catching a fairing, also known as the rocket’s nose cone. A boat named Mr. Steven joined the ranks of the company’s recovery fleet last year. Essentially a mobile catcher’s mitt, Mr. Steven is outfitted with a giant net designed to catch fairings as they land. Each fairing costs around $6 million—one tenth of the Falcon’s total price—and has historically been a one-time-use component. But as part of its reusability strategy, SpaceX wants to scoop them up before they hit the ocean. To that end, engineers have outfitted each fairing with tools to navigate back to Earth, deploying a parachute before gently touching down in the ocean or, perhaps soon, in the outstretched net of Mr. Steven.