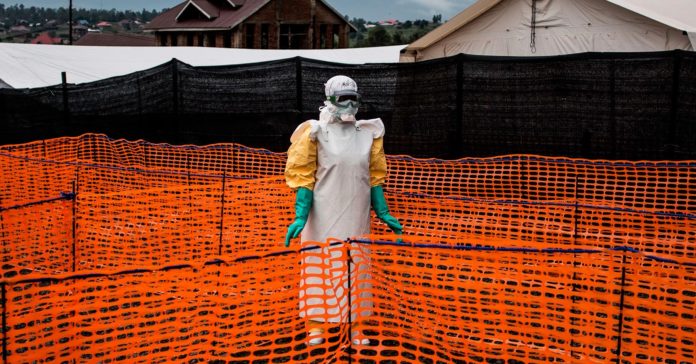 Six months after the first case of Ebola was confirmed in the Democratic Republic of Congo’s conflict-torn border province of North Kivu, the outbreak is still raging, leaving a trail of fractured families and hundreds of orphans in its wake.

As of December 20, more than 512 cases have been confirmed and 288 people have succumbed to the deadly virus, making it the second-largest outbreak in history. Twenty percent of new cases have been reported in the last month alone. Now an upcoming election and holiday travel are mobilizing the population, making a tough situation even harder to control.

Efforts to contain the outbreak have faced tremendous obstacles. Local militia groups have stepped up their attacks as the country heads into a long-delayed national election on December 30. That’s when voters will choose a successor to President Joseph Kabila, the only ruler the DRC has known since its bloody civil war ended in 2003. It also means that more people will be traveling to voting stations, sharing polling equipment, and coming into contact with strangers.

The country’s emergency health response is understaffed. Because of the security threats posed by the militia, the US State Department withdrew Centers for Disease Control and Prevention staffers from the outbreak zones earlier this fall. The CDC employs some of the world’s leading Ebola experts. On December 14, the US Embassy in Kinshasa announced it had ordered all non-emergency government staff and family members out of the country.

According to a State Department official, some Ebola responders will remain at the Kinshasa embassy as part of essential staff. “The US remains strongly committed to supporting the Congolese government’s efforts to contain the ongoing Ebola outbreak,” the official said, while declining to offer any specifics. The CDC referred questions about its current Ebola efforts to the State Department.

Ibrahima Socce Fall, the World Health Organization regional emergencies director for Africa, says that CDC staff have continued to provide data analysis and advisory support from Kinshasa and Geneva, where WHO is headquartered. With 300 people of its own deployed currently in DRC, the organization has been working with DRC’s Health Ministry on pop-up Ebola treatment centers. Teams from these centers are sent to track down and vaccinate people who’ve come in contact with the infected, and volunteers are going door-to-door and village-to-village to educate locals about the disease.

Despite a battery of powerful new drugs, the virus continues to outpace available human resources, confounding projections. Since August the WHO has vaccinated close to 50,000 people with an experimental Ebola vaccine that has helped to stem the tide of transmission. But initial hopes that the vaccine would be enough to contain the outbreak have withered as new disease clusters have appeared in new locations. “At the beginning of the outbreak we thought we would have this under control by January,” says Fall. “Now we believe we will continue to be fighting through the end of April, at least.”

One of the new hot zones is the ramshackle city of Butembo, which is home to one million people—three times the size of the outbreak’s previous epicenter in Beni—and has recorded 30 cases since early November.

Poor record-keeping in Beni’s network of 300 informal health care facilities meant that people were often sharing rooms or even hospital beds with Ebola patients without knowing it. The WHO spent months retraining staff to better trace infections, an effort that helped stabilize the situation there. Now the organization is shifting its focus to new treatment centers under construction in Butembo and two villages—Katwa and Komanda.

Each of these new areas has experienced “community deaths” in recent weeks, which means they took place outside a treatment center or other healthcare setting, increasing the risk that more people came into contact with a body. Should the outbreak spread more widely in Butembo, the number of people exposed could quickly strain the supply of vaccines.

The vaccines are given to front-line workers in a ring-vaccination strategy—to their contacts and the people they interact with too. The vaccine maker, Merck, has committed to maintaining a global stockpile of 300,000 doses. Much of that is currently stored in bulk, and it takes four to five months to prepare it for use in the field. New batches require a year to manufacture. “We are working closely with the supplier to make sure that by the time we’re close to using most of the stockpile, the outbreak will be under control,” says Fall.

Health care workers also worry that the upcoming Christian holiday, when many people travel to be with their families, will spread the infection to new areas. International workers are helping to set up sanitization stations and track people traveling between districts and over international borders. As of December 9, more than 19 million travellers have been screened at the DRC border. So far only two confirmed cases have been flagged.

As for Sunday’s election, the DRC Health Ministry plans to install health checkpoints with contact-free temperature-sensing devices at the entrance of all polling stations in the areas affected by the outbreak. This year is the first time the DRC will be employing electronic voting machines, and the touch-screen terminals present an additional risk for spreading the disease.

It’s unclear whether the election will go ahead with the machines, after nearly 8,000 were destroyed in a warehouse fire in Kinshasa last week. The vote was originally scheduled for December 23, but was postponed a week due to increasing violence and uncertainty in the supply of ballot materials. It was the just the latest in a string of delays. In 2016, President Kabila refused to leave office at the end of his constitutionally limited second term. With 40 million Congolese expected to show up next Sunday to cast their votes in the long-awaited election, the stakes for the future of the country have never been higher.