SpaceX&#039;s Next Launch Will Spark a Space Internet Showdown 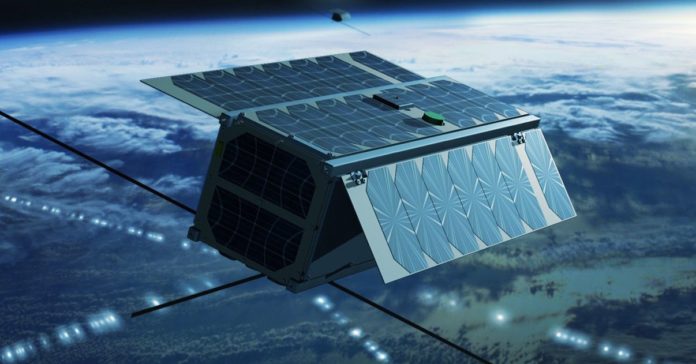 Update: the SpaceX launch has been delayed.

Elon Musk has long promised a constellation of thousands of satellites, called Starlink, which Musk hopes will one day handle half of all internet traffic—and earn him billions in access fees. It’s one of the ways he hopes to fund his future Mars adventures. SpaceX says two demonstration satellites it built and launched earlier this year already show that internet from space can be as fast and lag-free as people expect from cables on Earth.

Now a SpaceX rocket is poised to launch a raft of internet satellites from a host of startups—but this time, the target audience is machines.

In a historic launch slated for Wednesday, SpaceX will hoist 64 satellites at once, the largest number for a single mission on US soil. Eight of the satellites on board a Falcon 9 from Vandenberg Air Force Base will be from companies hoping to build a truly global Internet of Things (IoT) by revolutionizing satellite communications.

Most of today’s IoT devices, such as smart meters and agricultural sensors, rely on Wi-Fi or cellular signals, leaving remote areas, farms, and vast expanses of the world’s oceans without connectivity. “For 90 percent of the planet’s surface, you need satellites,” says Fabien Jordan, founder and CEO of Astrocast, one of the startups sending a satellite up in the SpaceX rideshare.

If shippers want to track assets at sea, farmers wish to check on the health of their crops, or governments seek to monitor dangerous bridges today, they must deploy powerful devices connecting to traditional satellite communications providers like Iridium, Globalstar and Inmarsat. These systems can be expensive and power-hungry, limiting their adoption to those with the deepest pockets. An oil company might monitor a few stretches of a pipeline for leaks, for example, but an environmental watchdog could not afford its own sensors. With low-cost, low-power IoT systems like those launching soon, that could all change.

Astrocast’s satellite is a tiny CubeSat just 30 centimeters long. Its rivals on the SSO-A SmallSat Express, as the launch is being called, range from 10 to 60 centimeters in length—all a fraction of the size, weight and expense of communications satellites already in orbit. These CubeSats are not powerful enough to handle gaming streams, video or even voice calls. They are designed instead for the tiny bursts of data that agriculture, infrastructure and asset-tracking IoT devices produce.

Another startup launching an IOT satellite on SpaceX’s rocket is Hiber. Beaming one packet of 144 bytes, about the size of a text message, up to Hiber’s satellite every day for a year will cost just a few dollars, according to Hiber CEO Maarten Engelen. “That’s more than enough [data] for the 90 percent of IoT customers that we talk to,” he says. It’s also an order of magnitude cheaper than existing satellite links. Hiber has pilot customers in pipeline monitoring, fisheries and shipping lined up to use its satellite when it goes live.

Five of the six start-ups are launching just one satellite on SSO-A, with only Swarm Technologies putting three on board. (The Silicon Valley company is currently awaiting punishment from the Federal Communications Commission for launching four satellites on an Indian rocket in January without permission.)

Most of the start-ups are planning to eventually have constellations of between 60 and 100 satellites. Together with a handful of ground stations, these should eventually get latencies down to about every 15 or 30 minutes. Latency is the time for a signal to get a response over the internet, and is usually measured by gamers in milliseconds. Longer latencies don’t matter for IoT because sensors generally only need to phone home once a day.

Although SpaceX is providing the rocket, the SSO-A mission is being organized by Spaceflight Industries, a Seattle-based company specializing in CubeSat deployment. “Low earth orbit is not unlike smartphones,” says Curt Blake, president of Spaceflight. “When you really lower the cost of phones—or rocket launches—people come up with a whole bunch of new applications.” SSO-A is also launching dozens of Earth observation satellites, educational projects, scientific, government and military satellites, as well as two art projects and even a shooting star memorial containing cremated human remains.

Launching so many satellites at once requires careful choreography to avoid them hitting the rocket or each other on the way out. Spaceflight has built two car-sized spacecraft, called the Upper Free Flyer and the Lower Free Flyer, which will fire the satellites into their final orbits one after another, using spring-loaded systems similar to pinball plungers. Once all the satellites are out of the way, the Flyers will each deploy an innovative sail the size of two pool tables to catch faint wisps of atmosphere and drag them down to burn up. This will be the first time dragsail technology is used on an operational mission.

Nearly as important as physical separation is ensuring that the IoT satellites do not interfere with one another’s radio broadcasts. Swarm and Hiber intend to use the same frequency (148-149.9 MHz) for Earth-to-space communications with their satellites. Hiber will only use the link while passing over its European ground stations, while Swarm gets to use the frequency over the US. This could prove tricky should either company decide to deploy ground stations abroad in the future.

The real challenge for the IoT start-ups will be to rapidly build out their fleets, and then to persuade companies to integrate their technology into thousands and ultimately millions of devices back on Earth. “We don’t know whether this is a winner-takes-all market,” admits Engelen. “I think there is room for different technical solutions depending on different requirements. But that doesn’t mean that all these systems will survive. That’s probably not also very feasible.”

By the time SSO-A’s CubeSats naturally re-enter the atmosphere as tiny shooting stars in seven years or so, some of the companies that built them will likely be only memories, too.