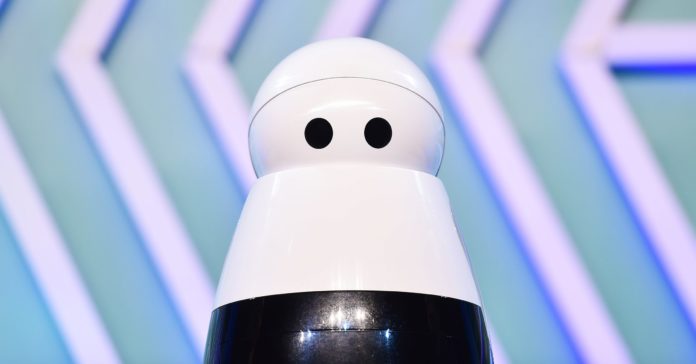 Science fiction has promised us a whole lot of technology that it’s rudely failed to deliver—jetpacks, flying cars, teleportation. The most useful one might be the robot companion, à la Rosie from The Jetsons, a machine that watches over the home.

It seemed like 2018 was going to be the year when robots made a big leap in that direction. Two machines in particular surfaced to much fanfare: Kuri, an adorable R2D2 analog that can follow you around and take pictures of your dinner parties, and Jibo, a desktop robot with a screen for a face that works a bit like Alexa, only it can dance.

But then, as quickly as the home robots came, they disappeared. In July, the maker of Kuri, Mayfield Robotics, said it was ceasing production of the robot, and a month later it announced it was ceasing its existence as a company altogether. In November, Jibo shuttered as well. In the spring, yet another company that was exploring home robots, TickTock, called it quits.

What, then, happened to the Year of the Home Robot?

For one, it was a victim of utility—or lack thereof. Kuri and Jibo didn’t do much. Kuri was cute, sure, but it really just rolled around and engaged in a few simple interactions. Jibo could tell you the weather and set alarms, but it was stuck on a countertop, essentially making it a $900 personal assistant with nowhere near the smarts of Alexa.

The true promise of the home robot—what will separate it from a mere AI assistant—is dexterity and movement. But “that movement has to be done in support of something people want,” says Daniela Rus, director of MIT’s Computer Science and Artificial Intelligence Laboratory. “Just having a robot on your desktop moving in entertaining ways is not what we want.”

Figuring out what people actually want brings us to the second problem of social home robots: expectations. I can pretty much guarantee that what you expect of a robot isn’t realistic, through no fault of your own. Science fiction has warped our ideas of how much the machines can actually do. “People are imagining Rosie from The Jetsons, whereas we are really at a primitive point where the only really useful robots that don’t disappoint people’s expectations are things like the Roomba, which just does one thing and does it really well,” says MIT roboticist Kate Darling.

It’s not just writers and producers who are churning out these fictions. The robot companies themselves perpetuate false expectations. “A lot of the videos they put out are product videos,” Darling adds, “rather than, here’s an honest video showing what this robot looks like the 50 times it fell over instead of the one time it worked out.”

This is a matter of some contention in the robotics community. It’s hard to blame a manufacturer that’s trying to sell a home robot for producing glitzy and perhaps overly optimistic videos showing the machine in action. But even if a company isn’t trying to sell a robot, they run the risk of influencing the public’s understanding of what robots are capable of at this time.

The classic example is Boston Dynamics, which has for years wowed the interwebs with videos of its humanoid robot Atlas doing backflips and other parkour-ery. But as Boston Dynamics boss Marc Raibert revealed at the WIRED25 conference in October, it took them 20 tries to get the robot to bound up a series of boxes. “In our videos we typically show the very best behavior,” Raibert said. “It’s not the average behavior or the typical behavior. And we think of it as an aspirational target for what the robots do.”

Kuri never pretended to be able to do backflips like Atlas, but the danger is that people are now expecting too much of robots in general. The challenge for robotics companies, then, is to either explicitly say what their robots are capable of, or more subtly telegraph abilities with design cues. Mayfield Robotics, for example, made Kuri speak in beeps and boops instead of human language to suggest to the user that they’re not dealing with an advanced intelligence that can carry out a whole conversation.

Roomba, by contrast, is much simpler, very clearly a vacuum and a vacuum only. “That’s what makes the Roomba so brilliant,” says Darling. “People understood the value—it didn’t try to be anything else. But how many household tasks are as simple as that one?”

No robot—much less Kuri and Jibo, which don’t have arms—can both be your friend and grab you a beer from the fridge. Object manipulation remains a massive problem in robotics. Not only do robots have nowhere near the dexterity of the human hand, they have to be 100 percent accurate if they’re expected to do the dishes, because an error rate of just 1 percent means one dropped glass out of 100. That’s unacceptable.

Which is not to say home robots won’t one day find their calling. “I think that these devices are just slightly before their time,” says Darling. “I think it’s going to happen—someone just needs to develop a killer application for these devices.”

That someone will likely be not a small startup like Jibo or Mayfield but a massive tech company like Amazon, Apple, or Google. They already have smart personal assistants sitting in our pockets or on our countertops. Their sprawling businesses have netted them massive amounts of data and the AI needed to apply that knowledge to a robot (think using Alexa to order more diapers from Amazon). It all amounts to a formidable lead over smaller companies.

Indeed, Amazon is rumored to be developing a home robot. Theoretically, it wouldn’t be an eyeless device sitting on a countertop, but a robot that can watch and listen around the house. It won’t be able to grab you a beer, but it will be the first step toward that kind of advanced robot.

“Just putting a mobile camera and screen on wheels around the home gives you whole-home security, information at your fingertips, a speaker following you,” says Ryan Hickman, cofounder of the recently defunct home robotics company TickTock. “The company that launches that will become experts in mapping and navigation, and then they can follow that with robots that actually manipulate the world.”

The generation of home robot that follows might then be able to drag toys back into a kid’s room, for instance. “So even if you’re not putting it in the toy box, you’re clearing the floor so Grandma doesn’t trip over things,” says Hickman. Next, maybe a new fleet of robots will be able to return shoes to a shoe rack. “And a generation after that we’ll start clearing the table and doing the dishes, but that’s still 10 years off. But we can walk before we run by doing these smaller steps.”

No one ever said realizing the dream of The Jetsons would be easy, after all.

GizmoCrazed - January 31, 2019 0
Tech experts have long championed quantum computers as the next generation of machine, promising to solve big problems in lightning-fast time, but the delicate...

The Physics of When, Exactly, Star Wars Takes Place