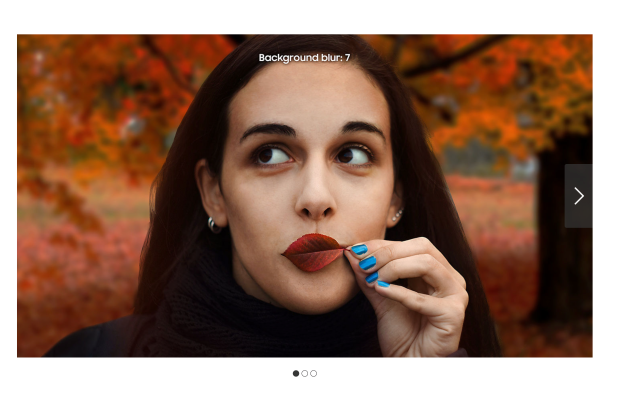 Samsung’s Malaysian arm has some explaining to do. The company, in an effort to show off the Galaxy A8 Star’s amazing photo retouching abilities, used a cleverly shot portrait, modified it and then ostensibly passed it off as one taken by the A8.

The trouble began when Serbian photographer Dunja Djudjic noticed someone had bought one of her photos from a service called EyeEm that supplies pictures to Getty Images, a renowned photo reseller. Djudjic, curious as to the buyer, did a quick reverse search and found her image — adulterated to within an inch of its life — on Samsung’s Malaysian product page.

Djudjic, for her part, was a good sport.

My first reaction was to burst out into laughter. Just look at the Photoshop job they did on my face and hair! I’ve always liked my natural hair color (even though it’s turning gray black and white), but I guess the creator of this franken-image prefers reddish tones. Except in the eyes though, where they removed all of the blood vessels.

Whoever created this image, they also cut me out of the original background and pasted me onto a random photo of a park. I mean, the original photo was taken at f/2.0 if I remember well, and they needed the “before” and “after” – a photo with a sharp background, and another one where the almighty “portrait mode” blurred it out. So Samsung’s Photoshop master resolved it by using a different background.

This move follows a decision by Huawei to pull the same stunt with a demo photo in August.

To be fair, Samsung warned us this would happen. “The contents within the screen are simulated images and are for demonstration purposes only,” they write in the fine print, way at the bottom of the page. Luckily for Djudjic, Samsung paid her for her photo.