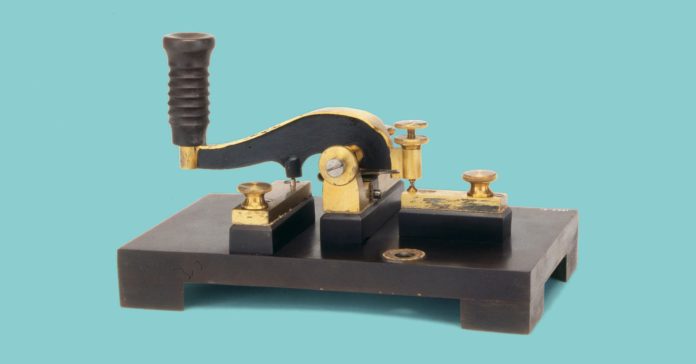 Suppose you traveled back in time—say 40,000 years into the past—and then you got stuck. What would you do? How would you rebuild all the stuff that you like? That’s the premise of the book How to Invent Everything: A Survival Guide for the Stranded Time Traveler, by Ryan North.

Without getting into the nitty-gritty details, it gives you the general idea of how things like an electric motor or wifi work. The book is sort of like a cross between my favorite Youtube channel, Primitive Technology, and the comic xkcd. It’s both interesting and funny.

Now for some physics.

One of the things that’s sort of awesome about this book is that the author makes these interesting connections. My favorite has to do with navigating. I mean, if you are stuck in the past you might actually want to travel. But you won’t have your smartphone with you. Even if you did bring your phone, you wouldn’t have GPS satellites to help you locate your position. You’d need to use your own navigation methods.

Historically, humans were able to navigate with two instruments: a sextant and a clock. A sextant is used to measure the altitude of the celestial north pole so you can determine your latitude. The clock is needed to measure the difference between local noon and Greenwich Mean Time so you can get your longitude. Yes, that’s really how it works—here are the details if you are interested.

But how would you build these on your own? The sextant is pretty simple—it’s just a tool for measuring angles. The clock on the other hand, that’s not so easy. I don’t think I could build an accurate clock from scratch even if I knew exactly how it works (it’s not that difficult conceptually).

If the clock is so difficult to make, then don’t make it—that is the idea from Ryan North, and it’s brilliant. Instead he suggests that it would be easier to make a radio and use that for navigation. If you can build a radio transmitter, you won’t need a clock. The key part of using a clock for navigation is to know the difference between local noon (when the Sun is at its highest point) and noon in Greenwich (or any other reference location). If you have a radio, you can just broadcast the time from Greenwich and compare that to your local time. Boom. You just found out where you are. You didn’t even need to wind up a pocket watch.

Now you are thinking—but isn’t a radio even more complicated than a clock? Nope. The clock needs precision and accuracy in the building process. If you understand physics, you can make a crude radio, no problem. That’s exactly what I’m going to do. I’m going to make a radio using just the simplest supplies I can find.

Of course there are some prerequisites. If you are stuck in the past, you are going to need to “invent” some other things first. Here’s what you need (none of these are terribly difficult).

That’s pretty much all you need. Even a stranded time traveler could eventually figure out these things. OK, on to the transmitter. Let me just show you my build and then I will explain how it works. Check this out.

It’s a type of spark gap transmitter (yes, there is a spark but it’s difficult to see). Let’s go over each part. First, there is the battery (you can build this yourself from scratch). The wire coming out of the battery goes to my paperclip-based switch such that when you push it down, the thing turns on. From there, the wire goes to a nail in the wood that presses up against a steel plate (bendable). The other end of the steel plate is connected to a coil of wire with nails inside (to make an electromagnet), which then goes back to the battery.

When you push down on the switch, electric current runs through everything. In the electromagnet, the current creates a magnetic field that pulls on the steel plate. When the plate gets pulled, it loses contact with the nail and everything shuts off. With no current, there is no longer a magnetic field and the metal plate moves back into contact with the nail. Everything repeats, and that’s what causes a buzzing noise.

But that buzzing noise is not the radio transmission. The radio waves are produced by the tiny spark that occurs when the metal plate loses contact with the nail. Since there is an electric current in the coil of wire (the electromagnet), this creates a magnetic field. When the current shuts off, there is a rapid change in the magnetic field, and it is this change in the magnetic field that creates a large voltage. The voltage is large enough to break down air and turn it into a conductor—this is the spark.

Could you make this even better? Absolutely. A bigger battery always helps. Also, you could add an antenna to to radiate the waves more efficiently. Finally, you could add a step up transformer (essentially another coil of wire) that takes that initial voltage and ramps up even higher for bigger sparks. Yes, I am going to build this soon.

But be careful. It’s fine for a time traveler stuck in the past to build and use a spark gap transmitter, but they aren’t a good idea anymore. Because of the nature of the spark, this produces radio waves on a broad spectrum of frequencies. That makes it easier to pick up the signal, but it also means that only one person can use this radio at a time. If there were two spark gap transmitters in the same area, you could only hear the more powerful one. Still, it’s better and easier than making a clock.

GizmoCrazed - August 12, 2011 0
Pictures of the next version of Android smartphone operating system called "Ice Cream Sandwich" were leaked to the world yesterday. The new version contains some new...

Man Paralysed From The Waist Down, WALKS AGAIN!