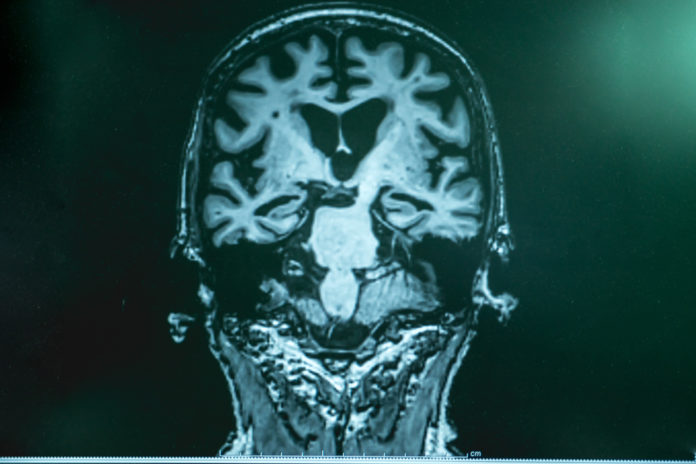 A medical procedure transferred a key component of Alzheimer’s disease from one person to another, finds a new study published today in the journal Nature. The discovery suggests the seeds of the devastating neurodegenerative disease are transmissible.

“It is a new way of thinking about the condition,” John Collinge, a neurologist at the University of College London in the United Kingdom, who led the new research, told reporters during a media briefing.

Three years ago, Collinge and colleagues found a disturbing collection of clumps in the brains of eight patients who had died of Creutzfeldt-Jakob disease or CJD, a fatal brain disorder. The majority of the patients had sizable aggregates of amyloid-β (Aβ), the key protein implicated in Alzheimer’s disease, in their brain tissue as well as in the brain’s blood vessels. As children, the patients had received human growth hormone isolated from cadavers to treat various growth deficiencies.

“This was unexpected and completely out of proportion what you’d expect to see in that age group,” Collinge said. The patients were in their 30s and 40s when they died. The researchers could not identify any genetic risk factors for Alzheimer’s in the patients. They did not expect to see such extensive Aβ pathology in the patients’ brains.

Collinge and team suspected the patients developed the pathology because the growth hormone they received for treatment as children was contaminated with seeds of Aβ as well as the factors that cause CJD.

The researchers obtained the vials of growth hormone the patients had received as children and analyzed their biochemical contents. The examination revealed the containers had amyloid-β peptides in them.

The team then injected the growth hormone the patients had received into mice genetically modified to model Alzheimer’s disease. The researchers compared the development of Aβ plaques in these mice to mice that had received a synthetic form of the hormone. They also assessed the development of the plaques in mice that had been injected with material from patients who had died from Alzheimer’s disease.

Injection of the cadaver growth hormone produced the same pathology as the mice injected with the Alzheimer’s tissue, the team found.

“We saw both plaques of the amyloid-β deposits in the brain tissue [and] … around the blood vessels, just as we’d seen [before],” Collinge said. “It reproduced the pathology and formally confirmed that there was seeding activity in these vials.”

The results mean that a key component of Alzheimer’s disease is transmissible. But Collinge cautions transmission occurred as part of particular medical procedures. Alzheimer’s is not contagious.

“You can’t catch any of these diseases through the intimate contact or care of a loved one with Alzheimer’s disease,” he said.