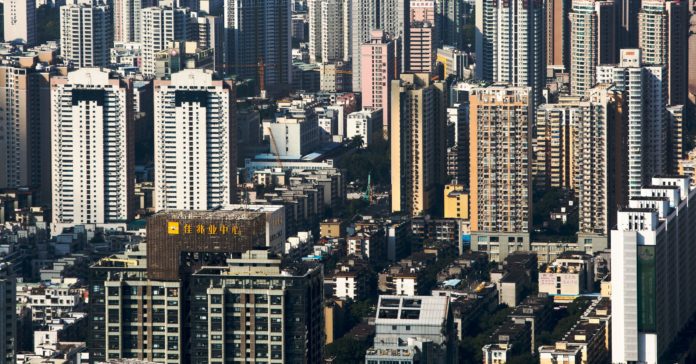 At first Chinese media celebrated Jiankui He, the scientist who last week announced he had edited the girls’ DNA. Some pundits even speculated whether a Nobel prize might be in the making. But within hours the story began to flip, and the narrative that emerged across the mainland was one of caution and censure. As Chinese scientists and technologists try to speed ahead with innovative research, they are also being reined in by government officials who are mindful of ethical sensibilities in China and abroad.

If the news of the human embryo gene-editing experiment reached mainly science-minded readers in the US, in China its impact was far greater. On Weibo, a popular Chinese platform, 1.9 billion people viewed the hashtag “First Case of Gene-Edited HIV Immune Babies.” He’s research seemed to fit the script of the “China Dream,” a call for revolutionary scientific research and innovation issued by President Xi Jinping in 2017. This national policy aims to disrupt Western modernity with dreams of an Asian future.

Chinese scientists, however, did not jump to praise He. Some of them started issuing rebukes on social media. Zhengzhong Qu, a gene-editing scientist from China, criticized researchers who use “marketing gimmicks” to get famous, a reference to He’s decision to post promotional videos of his work on YouTube. Qu also critiqued He’s choice of DNA edits, which were done to confer built-in HIV resistance to the girls. “This has no meaning in clinical practice: there are already mature and effective techniques for protecting a baby from their parent’s HIV infections,” he posted on WeChat. “More risk than benefit in this case.”

Southern University of Science and Technology, where He is a professor, said it was “deeply shocked by this event” and launched an investigation. The government weighed in too: “China has banned reproductive use of gene editing in human embryos,” said Nanping Xu, the vice minister of science and technology.

To outsiders, the response to He’s gene-edited babies may look like a departure from the speed-at-all-costs ethos that has seemed to characterize Chinese innovation in recent years. But a national rebranding campaign is underway. “Made in China,” a label associated with cheap knock-offs, piracy, and stolen intellectual property, is being replaced with “Created in China.” The gene-editing field is a prime example of how this dynamic is playing out.

Much of the action takes place in Shenzhen, the city where He works and which gave rise to the idea of “Shenzhen Speed.” In the 1980s, skyscrapers were sprouting across the landscape faster there than anywhere else in the world.  Workers who aspired to better futures at iPhone factories flocked to Shenzhen from rural areas of China.

Immense speed comes with a cost. The city’s own development has been hindered by an obsession with progress: In 2015, 17 buildings dramatically collapsed when a landslide of construction waste buried industrial buildings and workers’ living quarters. The risk of careless gene editing could be even greater.

Yet Shenzhen Speed has also been applied to the pace of biotechnology—the redesign of life itself. Chinese synthetic biologists have used Crispr to produce micro-pigs, humanized monkeys, and dogs with huge muscles. A Shenzhen company called BGI, which claims to be the largest genomics organization in the world, is a major player in the field of DNA sequencing. BGI has ambitions of sequencing every human and every form of life, and aspires to move “to writing, from design to synthesis.”

But some of that bold language has been tempered in the wake of the Crispr babies scandal. “We need to be really careful not to do this kind of thing,” says BGI’s Associate Director Xin Liu. Along with 53 other Chinese biotechnology companies, BGI issued a joint statement: “We must avoid the absolute pursuit of quick success in innovation and development, and rather work to strengthen industry self-discipline.” These companies now say they aspire to “make life science and technology truly beneficial to mankind.”

Gene-editing experiments on human embryos are continuing in China (and elsewhere)—but now, for research purposes only. At a summit on genome editing held in Hong Kong last week, Junjiu Huang, a biologist from Sun Yat-sen University, discussed how he had cloned human embryos and repaired a defective gene causing beta thalassemia, a blood disorder. But Huang concluded his talk with a strong condemnation of “any application of gene editing on human embryos for reproductive purposes. Such intervention is against the law, regulation, and medical ethics of China.”

Huang himself sparked controversy in April 2015 when he used Crispr to create the world’s first gene-edited embryo. That incident triggered outrage internationally but got only a muted response in China. Secular Chinese ethics draws on Confucian thought, which assumes that a person becomes a person after birth, not before. So Huang was in the clear, but when He allowed edited embryos to then be born, he crossed an ethical line. Laws about gene editing were confusing in China before He’s experiment, but officials are quickly putting new rules in place. The government has now banned reproductive uses of Crispr, while saying that basic embryonic research will continue.

A bioethicist at the Chinese Academy of Social Sciences, Renzong Qiu, called on summit attendees to “protect the interest of the future child” and asked the Chinese government to develop “special regulations on applying genome editing in human reproduction.” This would involve a licensing system and ethical guidelines to prevent eugenic uses of the technology.

Asian innovations in the field of biotechnology are redefining the horizons of possibility for the rest of the world. After the initial spark of fear in response to Huang’s Crispr-edited embryos faded away, scientists in the United States and Europe ended up conducting similar studies.

Jennifer Doudna, the UC-Berkeley biochemist credited as one of the discoverers of Crispr, says that the current kerfuffle could play out in a similar way. “Two years from now, let’s say, if those girls are healthy…People will look back in retrospect and they will say, ‘Maybe the process wasn’t correct, but the outcome could be fine.'”

A cheap VPN could be the only thing standing between you...

These Unbelievable Close-Up Photos Of Snowflakes Are The Most Beautiful You’ll...