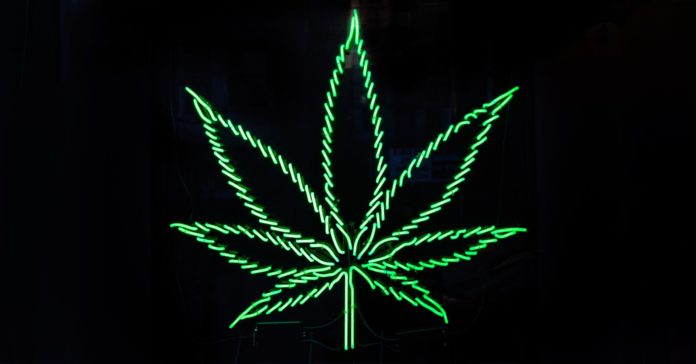 Cannabis is a hell of a drug. It can treat inflammation, pain, nausea, and anxiety, just to name a few ailments. But like any drug, cannabis comes with risks, chief among them something called cannabis use disorder, or CUD.

Studies show that an estimated 9 percent of cannabis users will develop a dependence on the drug. Think of CUD as a matter of the Three C’s, “which is loss of control over use, compulsivity of use, and harmful consequences of use,” says Itai Danovitch, chair of the department of psychiatry and behavioral neurosciences at Cedars-Sinai. A growing tolerance can also be a sign.

Compared to a drug like heroin, which can hook a quarter of its users, the risk of dependency with cannabis is much lower. The symptoms of withdrawal are also far less severe: irritability and depression with cannabis, compared to seizures and hallucinations with heroin. Plus, an overdose of cannabis can’t kill you.

But as medicine and society continue to embrace cannabis, we risk losing sight of the drug’s potential to do harm, especially for adolescents and their developing brains. Far more people use cannabis than heroin, meaning that the total number of users at risk of dependence is actually rather high. And studies are showing that the prevalence of CUD is on the rise—whether that’s a consequence of increased use due to legalization, a loss of stigma in seeking treatment, or some other factor isn’t yet clear. While cannabis has fabulous potential to improve human physical and mental health, understanding and then mitigating its dark side is an essential component.

Dependence is not the same as addiction, by the way. Dependence is a physical phenomenon, in which the body develops tolerance to a drug, and then goes into withdrawal if you suddenly discontinue use. Addiction is characterized by a loss of control; you can develop a dependence on drugs, for example steroids, without an accompanying addiction. You can also become addicted without developing a physical dependence—binge alcohol use disorder, for instance, is the condition in which alcohol use is harmful and out of control, but because the use isn’t daily, significant physical dependence may not have developed. “An important similarity that all addictive substances tend to have is a propensity to reinforce their own use,” says Danovitch.

Cannabis, like alcohol or opioids, can lead to both physical dependency (and the accompanying withdrawal symptoms) and addiction. But the drug itself is only part of the equation. “The risk of addiction is really less about the drug and more about the person,” says Danovitch. If it was just about the drug, everyone would get hooked on cannabis. Factors like genetics and social exposure contribute to a person’s risk.

Another consideration is dosing. Cultivators have over the decades developed strains of ever higher THC content, while the compound in cannabis that offsets THC’s psychoactive effects, CBD, has been almost entirely bred out of most strains. Might the rise in the prevalence of CUD have something to do with this supercharging of cannabis?

A new study in the journal Drug and Alcohol Dependence found that for individuals whose first use of cannabis was with a high THC content (an average of around 12 percent THC) had more than four times the risk of developing the first symptom of CUD within a year. (Two caveats being: the participants in this study had a history of other substance abuse disorders, and this looked at the first symptom of CUD, not a full-tilt diagnosis.)

Figuring out such details improves the odds that we’ll be able to detect and treat cannabis use disorder. “Early intervention is important to address substance use before it progresses to a substance use disorder,” says Iowa State University psychologist Brooke Arterberry, coauthor of the study. But to pull that off, she says, we need to better understand when and why symptoms emerge.

Those answers will likely be especially important in intervening with adolescent users, whose brains continue to develop into their mid-20s. Studies suggest that heavy cannabis use among this demographic can lead to changes in the brain. Particularly concerning is the apparent link between cannabis and schizophrenia, the onset of which can happen in the early 20s.

It’s also important to keep in mind that in the grand scheme of drugs, cannabis is nowhere near as risky as opioids. But because of prohibition, scientists have been hindered in their ability to gather knowledge of how cannabis works on the human body, and how different doses affect different people (and potentially the development of CUD). Once acquired, those insights can inform how people should be using the drug. Groups like the National Organization for the Reform of Marijuana Laws, for example, want proper labeling to keep cannabis out of the hands of children. And we need clear communication of the potency of products that can be very powerful—a chocolate bar containing 100 milligrams of THC is not meant to be consumed all at once.

“The reasons we demand proper labeling is all because of an awareness that cannabis is a mood-altering substance,” says Paul Armentano, the organization’s deputy director. “It possesses some potential level of dependence and it carries potential risk. And we believe prohibition exacerbates those potential risks, while regulation potentially mitigates those risks.” Like other substance disorders, cannabis use disorder is treatable. And as scientists develop a better understanding of CUD, we can intervene with appropriate therapies.

Cannabis has big potential to treat a range of ills. And it’ll benefit users even more once we’ve characterized its risks more precisely.