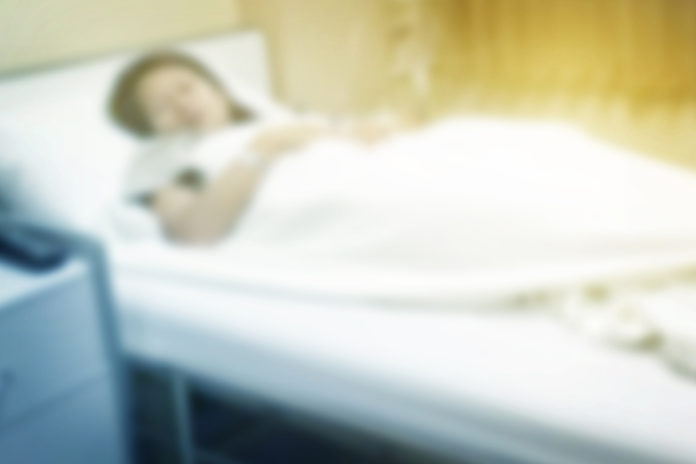 Antonia was missing. She had failed to pick up her 14-month-old daughter, Tia, at day care, and her sister, Jaclyn, couldn’t reach her by phone.

Jaclyn headed to Antonia’s house to find out what the problem was. When she arrived, she noticed the front door was unlocked — a bad sign. She searched the rooms, calling out her sister’s name, until she heard running water coming from the kitchen.

Jaclyn found the 29-year-old lying on her back unconscious, brown foam on her lips. Her eyes were open, staring in the direction of her car keys on the tile floor. The faucet was on.

During the ambulance ride, responders intubated Antonia to keep oxygen flowing into her lungs. They also performed a series of tests: an electrocardiogram, which records the heart’s electrical activity, and measurements of her pulse and blood pressure. Everything was normal.

The responders then checked her blood sugar to see if she was in a diabetic coma, a common cause of sudden unconsciousness. They also gave her naloxone, which reverses an opioid overdose, typical protocol when someone is found unconscious.

When she arrived in the emergency room, still unconscious, Antonia underwent more tests, including for drugs in her system. No red flags appeared. A CT scan of her brain found no abnormalities.

Why would a generally healthy person suddenly collapse and become comatose? I talked to Jaclyn, in search of clues.

“She’s a really responsible person,” Jaclyn said. “And she’s a really good mom, I’m telling you. Even after she passed out, she was reaching for her car keys to, you know, pick up her daughter.”

“No, not moving. Her eyes were locked on the keys, staring directly at them.”

Noticing my expression change, she paused. “Does that mean something?”

“Which way did you think her eyes were looking?”

I went back to Antonia’s bedside in the ER and gently retracted her eyelids. Her pupils were midline — looking straight ahead.

We admitted Antonia to the hospital’s neurology intensive care unit.

I suspected Antonia had had a seizure, caused by abnormal electrical firing in the brain. People often think of seizures as full-body convulsions, known as generalized seizures, which can affect the entire brain. But people can also have focal seizures that impact only part of the brain. These can involve subtle symptoms: slight twitching of the face, a tingling sensation, a temporary speech problem — or involuntary eye movement.

A seizure in the frontal lobe can cause the eyes to deviate to one side, then return to midline when the seizure ends. I suspected that’s what had happened to Antonia. But usually within hours after a seizure, patients wake up; the fact that Antonia’s eyes had returned to midline suggested her seizure was over. She should be awake.

That presented two possibilities: Either her seizure had ended very recently and she hadn’t yet recovered, or she was having a so-called subclinical seizure. This kind is devoid of even subtle seizure symptoms like body twitches and jerks. Yet beneath the surface, the brain is erupting, like an underwater volcano.

I ordered an electroencephalogram, or EEG, which measures brain activity and can detect abnormal neuronal firings.

Doctors often anthropomorphize diseases, talking about them as though they are the enemy. There’s the irritable bowel or aggressive tumor, for example. When I saw Antonia’s EEG results, I thought, “Angry seizure.” It showed a series of jagged spikes.

Now I understood why Antonia wasn’t waking up: She was having continuous epileptic seizures.

We concluded that Antonia had the rare syndrome NORSE, or new-onset refractory status epilepticus. NORSE’s cardinal symptom is continuous seizures. The syndrome can attack people like Antonia, who had never had an epileptic seizure before.

Though its cause is unknown, doctors think NORSE is related to autoimmunity, the set of conditions in which a person’s immune system attacks the body. In this case, antibodies attacked neurons in Antonia’s brain, causing abnormal firings and relentless electrical storms.