What We Know about Why We Itch 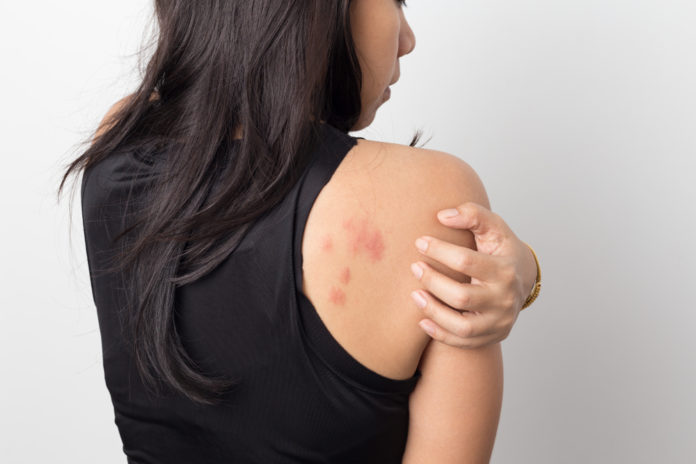 From dogs to giraffes, humans aren’t the only ones who know the glorious relief that comes from scratching an itch. But the science around itchiness is still kind of hazy. Especially when it stems from skin diseases like psoriasis or eczema, which each affect more than 3 million people in the U.S. yearly.

To try and get experts on the same page, researchers at the Washington University School of Medicine’s aptly named Center for the Study of Itch, published a review of work that’s been done on itching and scratching.

Researchers suspect that usually when we feel itchy, it’s because there’s some sort of irritant on our skin — maybe something as simple as a bothersome fabric or perhaps a parasite like a tick — that we need to remove. So, we scratch. And most of the time, that does the trick.

But experts aren’t quite sure why disorders like psoriasis and eczema make us itch in the first place, and scratching only makes things worse. We end up damaging our outermost skin cells, prompting the body to release specific proteins. These proteins signal nerve cells that then turn around and shoot a message to the brain that tells us we need to scratch. And thus the cycle continues.

“Generally speaking, scratching is not very helpful for long-term conditions like eczema or even short-term itches like mosquito bites,” says Brian Kim, a dermatologist and immunologist at WU and an author of the review, in a press release.

To try and curb the itch, recent research has homed in on how some of those proteins that our skin releases, called cytokines, work in concert with our brain to initiate the sensation. For instance, Kim and his co-author Madison Mack highlight a 2017 mouse study that found blocking a receptor in the brain for a cytokine called IL-4 significantly cut down on scratching seen in mice with a rodent version of eczema.

Another study, from 2013, found that mice that were engineered to express a specific set of neurons, called BRAFNav1.8, starting scratching enough to develop skin lesions that made their scratching worse. And yet other studies found that when researchers blocked certain nerve fibers in the skin of mice from sending and receiving signals to and from the brain, the rodents stopped scratching.

These kinds of results point to the fact that, in chronic-itch skin conditions, the brain likely works hand-in-hand with other systems in the body, such as our immune system. And it seems cytokines and the nerve cells related to them could be prime targets for experts who are trying to develop new treatments for chronic skin disorders.

“These cytokines are great targets,” says Kim. “But whether they’re the best targets, we don’t really know.”