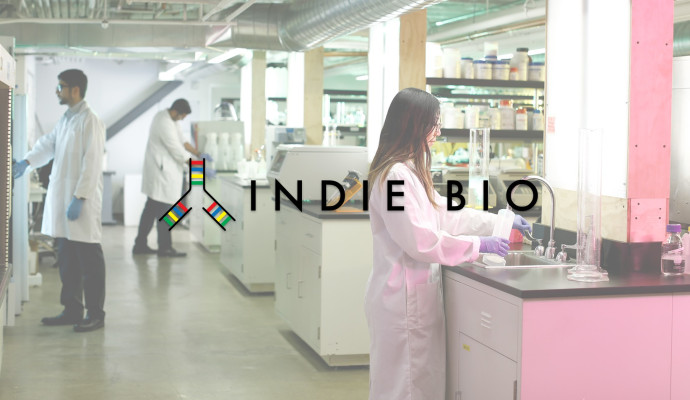 IndieBio, the biotech startup accelerator that’s produced heaps of notable companies (including several that have graced the Startup Battlefield), is holding its twice-annual demo day today at 3PM Pacific Time. An even dozen young companies will be pitching their work, from AI-informed research to artificial meat, and you can watch them present live right here.

The IndieBio program is a four-month one that takes companies at the seed stage, often researchers straight out of graduate programs or university research groups, and gets them into shape for a proper Silicon Valley debut. Right now the companies get $250K in funding to take part, as well as plenty of resources, which parent VC firm SOSV can surely afford these days, what with raising $150 million last year.

Off the top of my head I remember two companies that competed at Disrupt SF 2016, Amaryllis Nucleics and mFluiDx, both very technical and highly talented teams. I’m always rooting for these kinds of wet lab companies, and it sounds like the current batch has plenty.

Watch the live pitches starting at 3PM below, and consult the list below the video for a summary of the companies presenting. We’ll be watching too!

BioRosa: An early detection method for autism spectrum disorders using blood tests that could shift diagnosis time to well before the current four years of age to potentially before the child is born.

Chronus Health: Hospitals need to do blood tests constantly, but often have to send samples to a central lab, which can take hours or days. Chronus has made a portable device they claim can provide complete blood count and metabolic panel tests essentially in real time.

Clinicai: Colorectal cancer, like other cancers, is best treated when detected early — and collecting and analyzing stool samples is a big part of that. These guys made a (prototype) device that attaches to ordinary toilets and non-invasively does what it needs to do, which could help people worldwide get proactive diagnosis and care.

Convalesce: Parkinson’s is a stubborn and tragic disease, but Convalesce is working on a treatment method involving injecting stem cells directly into areas affected by neurodegeneration.

Oralta: You can floss, brush, and rinse, but bad news bacteria are still going to take up residence in your mouth. Oralta hopes to combat them with good bacteria, reinforced by probiotic supplements. Fight fire with fire!

Ember: If someone is having a heart attack and it’ll take the EMTs 8-12 minutes to arrive, but your neighbor is a nurse trained in CPR, wouldn’t it be nice if they could stop by and help? That’s the idea with Ember, which hopes to improve outcomes by connecting patients with health professionals nearby.

Filtricine: The cancer treatment method being pursued by this company, instead of adding something lethal to cancer cells into the bloodstream, subtracts what they need to live while leaving normal cells unharmed. It could combine effectiveness with a blessed lack of side effects to become another tool in oncologists’ arsenals.

Serenity Bioworks: Gene therapy is another important therapeutic tool for a variety of problems, but some viral delivery methods can be fought by the body as if it’s fighting infection. Serenity is working on a system that suppresses that immune response and allows the friendly virus to deliver its payload.

Quartolio: So much scientific literature is published every year that there’s no way doctors and researchers can keep up. Quartolio aims to apply national language processing to journal articles to find connections and research opportunities that might otherwise have gone unnoticed.

Stämm: Bioreactors are used in practically every branch of biotech, whether for testing or drug manufacturing. Stämm is advancing the art with a modular, scalable microfluidic platform with highly tunable physical and chemical parameters.