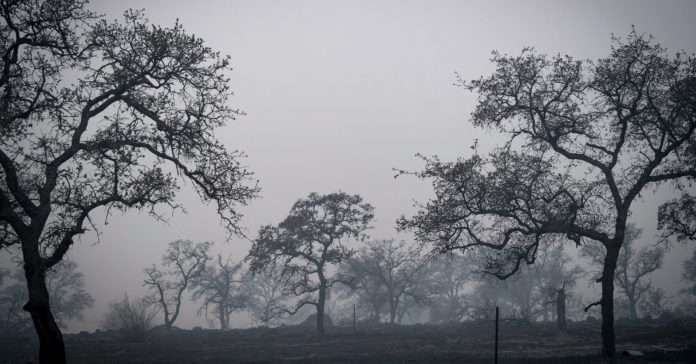 What people say they know about climate change is a roller coaster of human ignorance—wait, everyone knows that but no one knows that? It’s striking to learn (according to Yale’s climate survey program) that 74 percent of women and 70 percent of men believe climate change will harm future generations of humans, but just 48 and 42 percent, respectively, think it’s harming them personally.

It is, of course, in lots of ways. Yet fewer than half of Americans think climate change is a right-here, right-now problem. So it’s critical that a new report on the impact of climate change is about the present as much as the future. The topline results: 157 million more people experienced a heat wave in 2016 than in 2000—12.3 million Americans. That heat and the injuries that can come from it cost the world 153 billion hours of labor—1.1 billion in the US. The geographic range of the mosquitoes that carry dengue fever, Zika, malaria, and chikungunya is spreading. So is the range of the bacterium that causes cholera. Global crop yield is going down.

You’re like, old news! But you might be thinking of last week’s apocalyptic climate-is-broken report. That was volume 2 of the fourth National Climate Assessment. Today’s red alert is the 2018 Lancet Countdown, a British medical journal’s annual accounting of how climate change affects public health.

Some confusion here would be understandable. What both reports have in common (along with the Intergovernmental Panel on Climate Change’s October report on a 1.5-degree planetary temperature increase) is immediacy. These reports are designed to show climate change happening now, today—and to actually spur people to do something about it. How? Show them how climate change affects them personally, and describe those effects in ways that transcend their politics. Global warming is causing “present-day changes,” the Lancet report says. On a telephone briefing for reporters, Renee Salas, director of emergency medicine at Massachusetts General Hospital and the lead author of the report’s US chapter, described seeing more patients with asthma attacks and heat stress. “Viewing climate change as a public health emergency is literally second nature,” Salas said.

Still, these reports tackle immediacy with different strategies. The Lancet Countdown focuses on health. For NCA4, the approach was a little more subtle. Its hundreds of authors started by considering their audience. The 1990 Global Change Research Act says these quadrennial reports are specifically for the president and congress. Climate change affects the American southwest very differently than the northeast, so breaking regional effects into chapters makes that data more useful for people in congress, who can see specific effects on their districts. (NCA isn’t the only research that does this; you can drill down as far as county-by-county economic effects, if you’re into it.)

Breaking out climate impacts by region and by sector gives the report a potentially wider impact. “The idea is that risks are most salient if they apply to you,” says Robert Lempert, a principal researcher at RAND and an author of the report. “We very much intended it to speak to, call them decision-makers, on many levels—not just the federal government.” Lempert says they were thinking of water management agencies, land managers: the people who write the guidances.

Over the 20 years of the NCA’s life, science has gotten better. So has the thinking about how to tell people about that science in ways they can understand it. Talking about tens of thousands of deaths and tens of billions of dollars can help with that. “Over the last 20 years of doing this, we’ve gotten better at thinking about the economic costs,” says John Furlow, a development and aid expert at Columbia University’s International Research Institute for Climate and Society and an author of NCA4. “And we have more examples.”

Pretty much everyone (even oil companies, but not the president) now understands that burning fossil fuels sends gases into the atmosphere and increases global temperatures. In recent years, climate science has gotten better at attribution, at figuring out more precisely how much of a hurricane, wildfire, or drought was caused by that warming and those gases. “We can see impacts on things that people care about, and that’s leading us to shorter timescales and more concrete examples,” Furlow says. “The science enables us to attribute some things more or less to climate than just to ongoing trends, and to parse the way those things interact.”

The Lancet report attempts much the same kind of grounding in individual experience. Carbon dioxide counts in parts-per-million and error margins on global circulation models aren’t the most intuitive ways to talk about the end of the world. Abstract numbers and distant-future scenarios don’t cut it. “Today’s babies, by adulthood, will live on a planet without an Arctic. Prevalence of heatstroke and extreme weather will have redefined global labour and production beyond recognition,” as an editorial accompanying the report puts it. “Multiple cities will be uninhabitable and migration patterns will be far beyond those levels already creating pressure worldwide.” Cats and dogs living together; mass hysteria. Your planet’s on fire, kids.

But how all this immediacy and personalization will actually work might depend on how immediate the issue is, and who the person is. “Most of the mitigation decisions are taken at the federal and state level. Or in principle they are; maybe not at the moment at the federal level,” says Robert Kopp, director of the Institute of Earth, Ocean, and Atmospheric Scientists at Rutgers University and another author of the National Climate Assessment. “But the adaptation decisions are taken at all levels, perhaps more at the local level than anywhere else.”

The Lancet report is full of straightforward policy recommendations, like “cut carbon emissions, dummies.” By law, the NCA can’t do that. “We were perhaps a little more conscientious about that this time, because we didn’t want there to be anything in there that would cause the administration to try to kill the report,” Furlow says. “Given the administration’s history on climate—calling it a hoax and everything—I think there was concern we might have trouble getting it out the way it was written.” (That doesn’t seem to have been the case; all the authors I’ve talked to say that the executive branch didn’t interfere with its contents.)

But the NCA can (and does) tailor its analyses to the people who might best put them into effect. Lempert’s chapter on adaptation, for example, leverages the basic assumptions of a civil engineer. “In some sense the structure of the chapter is to try and get them to do things,” he says. Past climate no longer predicts the present or the future—that idea is what scientists call stationarity, and it’s pretty much dead. The planet’s past performance is no longer a predictor of future results. So if engineers have been making infrastructure assumptions (sea wall height, 100-year flood levels, days of the year above a certain temperature), well, they should probably not do that. How they feel about climate change as a political issue doesn’t matter. “Even in the red parts of Florida, people will vote for bond issues to raise the water treatment plants, and let’s not talk about why,” Lempert says.

Engineers won’t be these reports’ only users. Consider lawyers. The NCA is, after all, a government report acknowledging the damage caused by climate change. So it might be evidence in lawsuits against climate emitters. “We used the last assessment for that purpose and this is even stronger,” says Steve Berman, managing partner at Hagens Berman Sobol Shapiro, a firm involved in a few of those lawsuits. “It also takes away a lot of the oil industry argument that this science is still nascent, and that no one is really certain there will be all of these impacts.”

Those lawsuits happened because cities, states, and environmental groups didn’t feel like they were getting results from the executive or legislative branches. So far, the executive seems to be disregarding NCA4. But in January the Democrats take over the House of Representatives, and some of them have been agitating for climate action. “This is a powerful piece of artillery for any legislator who is interested in advocating for action,” says Michael Burger, executive director of the Sabin Center for Climate Change Law at Columbia Law School. The report might also make it harder for the Trump Administration to weaken EPA rules on carbon dioxide. The EPA under President Obama determined that carbon dioxide was a harmful pollutant that should be regulated under the Clean Air Act, and the NCA reaffirms that conclusion.

None of those things necessarily change any minds. They might not move the needles on the Yale climate survey. But maybe they don’t have to. As the New Yorker writer Osita Nwanevu argued recently on Twitter, denialism isn’t a commonly held position. The real problem is an absence of climate policy. Ideally, the constructions of the IPCC reports, the National Climate Assessment, and the Lancet Countdown won’t just make a policy more obvious, but help clear a path to a policy going into effect. The clock’s ticking.