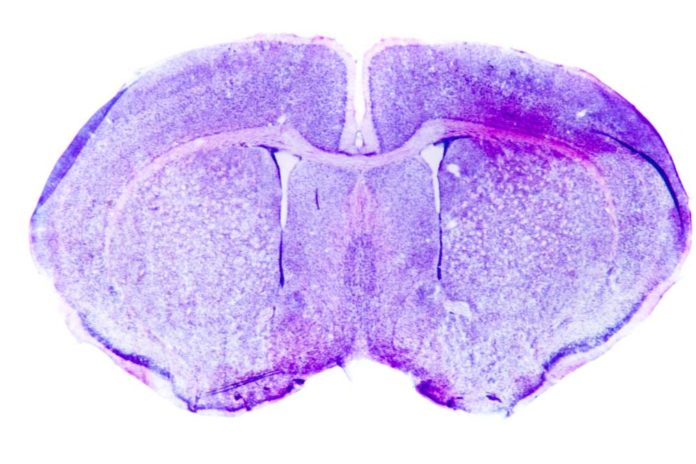 Scientists used ultrasound to deliver a drug to a rat, like the one captured here. (Credit: Pan Xunbin/shutterstock)

At least 50 million people worldwide live with epilepsy. For nearly one-third of those people, anti-seizure medications don’t work. Surgery to remove the part of the brain that causes epileptic fits is an option for some, but the intrusive treatment might not work. It could also lead to memory and language problems, among other complications. Now researchers from Stanford University have developed a noninvasive technique that could enable patients to know the outcome of such a surgery before it happens.

“We can anesthetize tissue and see if the electrophysiological characteristics go away,” said Raag Airan, a neuroradiologist, who led the new research. “And at the same time, ask the patient if they can speak and remember.”

Airan and his team made this possible using ultrasound. In a study published Wednesday in the journal Neuron, the researchers show in rats that they can deliver an anesthetic drug to millimeter-sized regions of the brain using a focused beam of sound waves beyond the audible limit of human hearing. The approach could also help people suffering from post-traumatic stress disorder and depression, the researchers say.

In the new work, Airan and team used a drug called propofol to anesthetize the part of the brain that processes visual information known as the primary visual cortex. The anesthetic is also sometimes used as an antiepilepsy medication. To deliver the compound to the visual cortex, the researchers first created a biodegradable nanoparticle cage for the drug. When the right frequency of ultrasound hits the nanoparticle, its liquid-filled center vibrates until it ruptures and releases the drug.

Airan and team injected the propofol nanoparticles into the rats’ bloodstream, which then circulated throughout the body. But, the nanoparticle cages only released the anesthetic where the researchers delivered small bursts of ultrasound.

“Where we zap with the ultrasound is exactly where we anesthetize the brain,” Airan said. “When we’re zapping is when the brain is anesthetized and when we stop zapping, the brain recovers.”

The nanoparticle cages are less than half the size of fat-based microbubbles other groups have used to deliver compounds to the brain with ultrasound. They’re also made from ingredients the U.S. Food and Drug Administration has already approved. Airan hopes to translate the technology to clinical use in the next few years, saying the approach has a range of potential uses including delivering chemotherapies.

“At this point, we’re limited by people, time and money to explore these options,” Airan said. “But we’re not limited by the technology. There’s kind of a million and one things to do.”