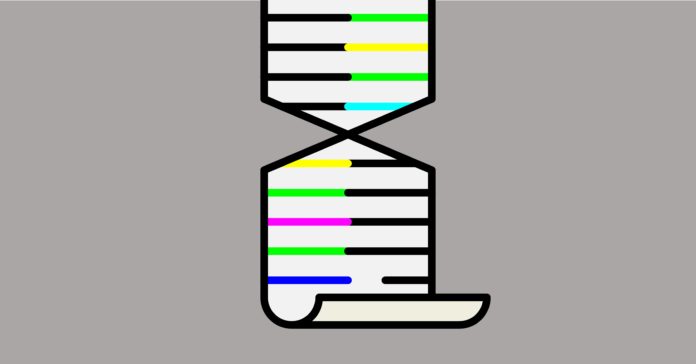 In 2015, the 12-person organizing committee of the first International Summit on Human Gene Editing—which included Crispr co-inventors Jennifer Doudna and Emmanuelle Charpentier—issued a statement on how the world should responsibly push forward the science of permanently altering the DNA of Homo sapiens. Combined with other changes that had sprung biology free from the ivory tower, the concern was that someone with a modicum of expertise would go rogue and start a Crispr-It-Yourself baby project.

Only three years later, we now know that someone is named He Jiankui. On Wednesday, the Chinese-born, American-trained scientist shared details of the first such experiment, in which He claims to have Crispr’d a pair of twin girls and implanted one additional edited embryo in a woman’s womb. The news was met with nearly universal condemnation from the world’s scientists. Chinese government authorities ordered an investigation, calling it a brazen violation of Chinese law and a breach of an ethical bottom line, “which is both shocking and unacceptable.”

On top of all these alleged transgressions, He may have committed one more: the unauthorized use of Crispr components intended only for research purposes. According to the consent form he gave to potential parents, He’s team was using materials purchased from two American biotechnology companies to make edits to human embryos bound for implantation. The documents named Massachusetts-based Thermo Fisher Scientific as the supplier of Cas9—the bacterial protein that clamps onto DNA and delivers a double-stranded slice—and Bay Area startup Synthego as the maker of its synthetic guide RNA. If gene editing were a butcher shop, Thermo Fisher would craft the knives and Synthego would instruct on which cuts to make.

He may have spent the last two years working in secret, but he hasn’t been working in a void. American Crispr companies, many of them founded or advised by the field’s biggest stars, have also been hard at work to lower the costs and labor associated with gene editing. Their mission is to make Crispr accessible to everyone. And now they’re getting a lesson in what democratization of that technology really looks like.

“The difficult thing is that when materials leave our hands and they’re in someone else’s hands, there’s no way of ultimately controlling it,” says Paul Dabrowski, who co-founded Synthego in 2012 with his brother Michael. Back then, Doudna and Charpentier, along with fellow gene editing pioneer Feng Zhang, had just introduced the world to what was possible with Crispr—faster and easier genome manipulation than ever before. But Silicon Valley technologists like the Dabrowskis (who formerly worked as rocket engineers at SpaceX) looked at all that micropipetting and lines of hand-typed genetic code and saw an opportunity to go even faster.

They started Synthego to bring the best of Moore’s Law—miniaturization, automation, parallelization—to gene editing. By adding in some slick software and artificially intelligent design, Synthego made ordering Crispr constructs to target any human gene a matter of a few clicks, a few hundred dollars, and waiting for the FedEx driver to show up at your door.

When Doudna joined Synthego’s advisory board earlier this year, she described it as an essential company, one that was “poised to transform the industry by making the application of Crispr simpler, faster, and more valuable to innovators previously unable to realize its full potential,” she said in a press release at the time.

Of course, He’s team could have obtained Crispr components elsewhere or made them from scratch in his lab at Southern University of Science and Technology, in Shenzhen. But both time and money were of the essence in He’s race to make biological history.

At the Second International Summit on Human Genome Editing, held this week in Hong Kong, He said that he personally was covering patient medical care and experiment expenses, without funding from either of his companies or the university. And He, who trained as a biophysicist, isn’t regarded as a Crispr expert. Ordering components from a company that guarantees high editing efficiency—Synthego’s press material claims to put “high-quality gene editing results within reach of all Crispr researchers”—would have made a lot of sense for someone with more ambition than experience.

Synthego acknowledged to WIRED that its synthetic RNAs may have been used in He’s human embryonic engineering experiment. And that any clinical use of its products explicitly violates both the product labeling and the company’s terms of sale, which state in all caps, “FOR RESEARCH USE ONLY, AND NOT FOR HUMAN OR ANIMAL THERAPEUTIC OR DIAGNOSTIC USE.” In response to the revelations of the past few days, Synthego says it is now re-evaluating its ordering and customer screening processes.

Currently, it employs a two-step system. The first is an automated university email authentication, followed by a manual evaluation of the purchaser’s scientific resume and publications, to determine if they have a legitimate research history. Neither would likely have flagged He’s project, given that he held a post at Southern University of Science and Technology and had a solid publication record—though mostly in the adjacent field of single-cell sequencing.

Dabrowski says it’s too soon to say what future precautions the company will employ. But he’s interested in borrowing some lessons from other industries that bank on trust. In the same way Lyft and Uber built trust among drivers and riders with its star rating scheme, maybe there’s a transparent credit system for scientists that could offer additional screening. “I don’t know if this is a solvable problem,” says Dabrowski. “But if it is, it’s going to take everyone working together, the whole research ecosystem.”

That ecosystem includes other companies. With licenses to foundational Crispr patents from Zhang, Doudna, and Charpentier’s work, Thermo Fisher is an industry-leading gene editing supply company. Besides Crispr proteins, guides, and design tools, it offers hands-on training courses and a free webinar series called “Master the Art of Crispr Editing” in English, Mandarin, and Korean. Thermo Fisher did not respond to WIRED’s questions by the time of publication.

A global consensus wasn’t enough to stop one rogue scientist from bringing Crispr babies into the world. Science, as a self-regulating enterprise, failed. If the goal for the time being is total enforcement of the technology, the burden is going to have to be shared by industry as well.

GizmoCrazed - August 12, 2020 0
Multiple Points Of Advantage A home security system has become something increasingly necessary. Especially given present circumstances in America, securing your home is hard to...

Mosquito Bites Leave A Lasting Impression On Our Immune System