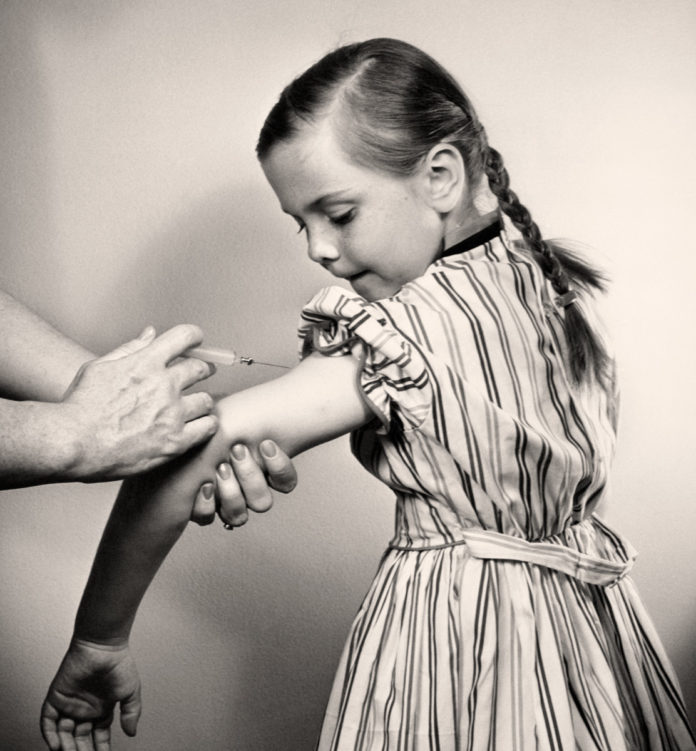 In December 2014, a handful of Disneyland tourists left the California theme park with more than just memories of Mickey Mouse and Space Mountain. They also left with the measles.

Within weeks, 125 cases were confirmed in the United States. Of the adults and kids infected, 110 lived in California — and nearly half had not been inoculated with the vaccine for mumps, measles and rubella (MMR), according to the Centers for Disease Control and Prevention. Ultimately, the outbreak resulted in 147 measles cases.

The disease spread because people had not been fully vaccinated, according to a 2015 analysis published in JAMA Pediatrics. The culprit was America’s growing anti-vaccination movement.

Measles is a highly infectious disease with symptoms including high fever and severe rash. In rare cases, complications can lead to encephalitis, a brain inflammation that causes seizures. Ninety percent of people exposed to someone with the virus will become infected unless they’ve been immunized or had measles before. Through the middle of the 20th century, up to 4 million Americans got measles each year, and hundreds died. But after two centuries of vaccine improvement and subsequent inoculation enforcement, the CDC announced in 2000 that measles had been eliminated in the U.S.

And yet measles keeps popping up in large U.S. cities, such as Seattle, Portland, Phoenix, Austin and Kansas City. The outbreaks are typically due to white middle- and upper-class parents choosing not to immunize their children. And the problem appears to be getting worse.

“In Texas, 57,000 kids didn’t get vaccinated this year,” says Peter Hotez, co-author of a paper on the vaccine movement published this year in PLOS. That’s double what it was five years ago, he says. States like Texas allow legal loopholes called nonmedical exemptions, which give parents the right to refuse vaccinations for their children on the basis of religious, philosophical or personal beliefs.

Skipping vaccination is not new in America. The country got its first taste in the 19th century. Like today, many who chose not to vaccinate their children hailed from large cities, were educated and earned a decent living. Their reasons for opting out also mirror those of modern activists. But instead of refusing MMR, the first American vaccine opponents were refusing inoculation for a virus we almost never hear about today.

Birth of a Movement

By the 19th century, smallpox had been killing people for centuries. Once infected, patients had a 3 in 10 chance of dying.

In 1796, British doctor Edward Jenner developed a vaccine for the virus. It’s based on exposing people to cowpox virus in a small dose, which activates the immune system. As more people get vaccinated, it creates herd immunity, which gives the virus no place to go because it can’t pass from person to person. This is how diseases eventually become eradicated.

The vaccine arrived in New England in 1800 and was immediately embraced by Thomas Jefferson. Starting with Massachusetts in 1809, and for decades after, states including Minnesota, West Virginia and California enacted mandatory vaccination laws.

But pushback was happening, as well. Most of it came from middle-class citizens who didn’t trust government, science or medicine.