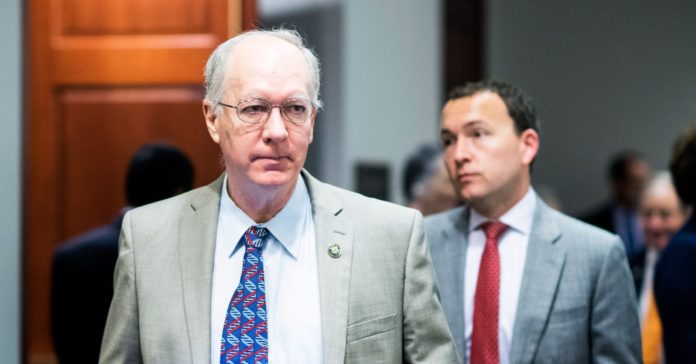 For the past eight years, climate science has been under a sort of spell in the House of Representatives. Instead of trying to understand it better or even acknowledging some of the field’s current uncertainties, House Science Committee Chairman Rep. Lamar Smith (R-Texas) used his position to harass federal climate scientists with subpoenas while holding hearings on “Making the EPA Great Again” or whether “global warming theories are alarmist” and researchers are pursuing a “personal agenda.”

But Smith retired this year and Democrats won control of the House on Tuesday. Now some on Capitol Hill say that the anti-climate science spell may be broken.

“Hopefully we will no longer see the science committee used as a messaging tool for the fossil fuel industry,” says Rep. Bill Foster, an Illinois Democrat and science committee member. “I look forward to hearings with a balance of witnesses that reflect mainstream scientific hearings instead of a small group of industry players.”

Foster, who was a particle physicist before being elected to Congress in 2008, said he also wants to see more appearances from cabinet members like Energy Secretary Rick Perry or EPA Administrator Andrew Wheeler to explain both their budget and their rulemaking on environmental and science issues. Neither agency head was called before Smith’s committee during his tenure, Foster says.

Ranking member Eddie Bernice Johnson (D-Texas) issued a statement after the election results Tuesday night stating that, if elected chairwoman, she wants to restore the credibility of the science committee “as a place where science is respected and recognized as a crucial input to good policymaking.” Johnson said that includes acknowledging that climate change is real, “seeking to understand what climate science is telling us, and working to understand the ways we can mitigate it.”

House Minority Leader Nancy Pelosi, who is in line to become Speaker of the House, hinted recently that she may push her members to form a new select committee on climate and renewable energy issues similar to one that operated from 2007 to 2011.

Capitol Hill observers and advocacy groups, however, say it’s not clear that a more science-friendly House will result in any new legislation getting passed or in stopping Cabinet heads that report to President Trump. “The attempt to embarrass the Trump White House isn’t going to work,” says Jeff Ruch, director of the Public Employees for Environmental Responsibility, an advocacy group representing federal workers in several scientific and environmental agencies. PEER has been litigating the EPA over the enforcement of pollution rules as well as the disclosure of ethics violations during the tenure of former administrator Scott Pruitt.

Ruck says environmental and science policies need to be changed with votes, not hearings. He foresees some Democratic House members introducing what he calls “green riders,” climate- or energy-related amendments to larger, unrelated pieces of legislation that might be able to pass both the House and a Republican-controlled Senate.

Others predict greater congressional oversight as well over issues including pollution enforcement, vehicle emissions standards, and the localized effects of climate change. “Too many people are seeing the impact of climate change in their communities, whether it’s wildfires or drought or storms,” says Andrew Rosenberg, director of the center for science and democracy at the Union of Concerned Scientists, a Washington-based advocacy group. “So at some point members have to respond to their constituents.”

If nothing else, there will be a greater representation of scientists and members with STEM degrees in the next session of Congress. Of the 14 House and Senate members endorsed and backed by the pro-science group 314 Action, eight won their general election race on Tuesday, while one, Seattle-area pediatrician Kim Schrier, holds a 52-48 percentage point lead with absentee ballots still to be counted.

This mini-wave of STEM-trained politicians might result in more evidence-based policymaking, according to Shaughnessy Naughton, the founder and president of 314 Action. “They have a lot of credibility, whether it’s on the environment or health care, and it resonates with voters,” she says.

Of course, climate deniers might still have a home on the north side of the Capitol, where the Senate meets and where Texas’ Ted Cruz is expected to keep his gavel as chairman of the Senate Science Committee.