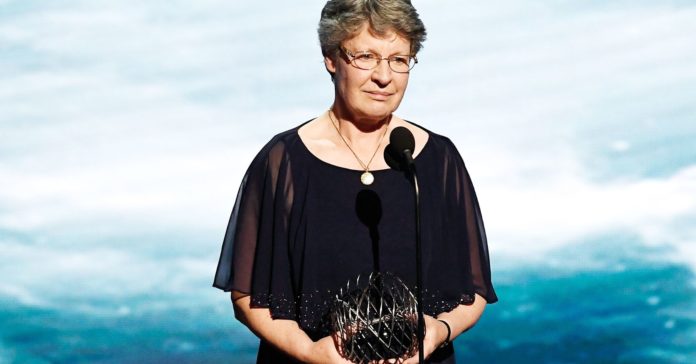 The Breakthrough Prizes are unlike anything else in science. Instead of the hum of lab equipment, there’s Orlando Bloom. Instead of donning lab coats, the scientists find themselves marching down a red carpet in their black-tie best. And rather than receiving grants from NASA or the National Science Foundation, the researchers in attendance have come to collect their slice of $22 million in gifts from Silicon Valley millionaires Sergey Brin, Mark Zuckerberg and Priscilla Chan, Ma Huateng (better known as Pony Ma), Yuri and Julia Milner, and Anne Wojcicki.

Starting in 2012, these very rich people have made a bet that adding a red carpet to the largest scientific monetary prize in the world will inspire more people to go into basic research. At $3 million, each award is worth more than double the amount that accompanies a Nobel Prize. “In the top 300 celebrities, there is not one scientist. That’s what I want to change,” Yuri Milner, a venture capitalist and physicist, told WIRED. He cites media coverage of the event as evidence that the huge investment in science glorification is beginning to pay off.

The first year the prize was held, Milner and the other founders chose the initial batch of winners, with help from outside experts. But since then, the winners of previous years have chosen the next year’s awardees from a pool of openly nominated scientists.

The process of selecting new winners roughly mimics the peer review that journal articles undergo, with some of the same limitations. As with other famous science awards, past winners have been overwhelmingly white and male. This year, the winner of the Special Breakthrough Prize in Fundamental Physics, Jocelyn Bell Burnell, who was famously passed over for a Nobel Prize, called for more diverse nominations from universities all over the world in an interview on the red carpet. (Nominations for next year’s awardees open on April 30). Bell Burnell was one of three women who won the prize this year. “I’m also happy we have more women winners,” says Milner. “It’s becoming a bit more global.” Bell Burnell is donating her prize money to create PhD scholarships for students from underrepresented groups who are working in basic science. “It’s not just women,” she says. “I’d like to increase the diversity in general.”

The winners can spend their new millions on anything, and this year’s victors said they would contribute their newfound funds to their mortgages or their children’s education — or to buy a few rounds of drinks for their lab. The prizes come at a time when research budgets, especially those for basic science questions, are increasingly squeezed. “It’s unfortunate that individuals and prizes are having to take up more of the slack,” says Brian Metzger, who won the New Horizons year for predicting the electrical signals from a neutron star merger and his leadership in his field.“I get my funding from the National Science Foundation or NASA and those budgets have gone down or stayed the same. It’s increasingly hard to fund science.” Private prizes may come with more ethical issues, such as a connection to the Kremlin (in Milner’s case), in the midst of a midterm election where Russian interference has been a problem.

But most of the researchers seemed glad to have their contributions recognized by Silicon Valley and a former James Bond. “People like to see who the scientists are,” says Joanne Chory, a molecular plant biologist and one of last year’s winners. “So why not put us on TV once and awhile?”

Here’s a complete list of this year’s Breakthrough Prize Winners:

Angelika Amon, molecular and cell biologist at MIT and the Howard Hughes Medical Institute, for showing how having an abnormal number of chromosomes can lead to cancer.

Xiaowei Zhuang, biophysicist at Harvard University and Howard Hughes Medical Institute, for inventing a new microscopy technique that allows us to look at previous unknown structures in cells.

Charles Kane, theoretical condensed matter physicist, and Eugene Mele, quantum physicist, both at the University of Pennsylvania, shared the award for predicting a new kind of matter that only conducts electricity at its surface.

Vincent Lafforgue, mathematician at the French National Center for Scientific Research and Institut Fourier, Université Grenoble Alpes, for his contributions to algebraic geometry, especially the Langlands Program, which is about the connections between number theory and geometry.

Jocelyn Bell Burnell, an astrophysicist at the University of Dundee and University of Oxford, was honored for her discovery of pulsars and a lifetime of scientific leadership.