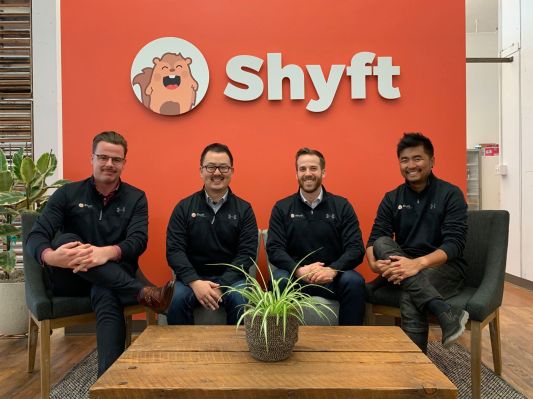 Anyone that has experience in the service or retail industry knows swapping shifts can be a logistical nightmare that leaves employees in trouble with management or stuck working during a friend’s birthday party. As a former Old Navy “sellebrity” myself, I can confirm there’s a huge need for an efficient tool to solve this problem.

That’s where Shyft, a Seattle-based startup that helps connect shift workers, comes in. Using Shyft, employees can message each other, pick up each other’s shifts and ultimately earn more money by picking up available slots that might have otherwise gone unstaffed.

The startup has raised a fresh round of funding — a $6.5 million Series A co-led by Ignition Partners and Madrona Venture Group — to continue developing its workforce management tool. As part of the financing, Ignition managing partner Bob Kelly and Madrona managing director S. Somasegar will join its board of directors.

Shyft co-founder and chief executive officer Brett Patrontasch got the idea for the web and mobile app for workers from his last company, called Scholars at your Service, which employed 250 students-turned house painters. The students had no way of messaging or communicating with one another aside from their personal phone lines.

“It kind of seemed obvious that enterprise social should extend to shift workers,” Patrontasch told TechCrunch. “We are trying to bring a really consumer-friendly mobile experience to the front lines. [Employees] need products that solve their problems and we are really dedicated to helping that worker.”

So far, Shyft has partnered with Gap Inc. to provide the service to workers at its fleet of retail stores, which include Old Navy, Banana Republic and Athleta. Patrontasch says Shyft works with a “handful” of other national retailers, too.

Earth In One Shot: The Most Detailed 121-megapixel Image Of Earth...