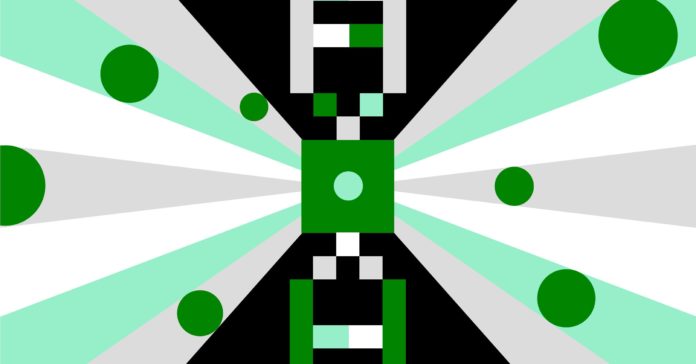 Here are a few things you can buy with $200: one bluetooth-controlled fire pit, 100 lab-grown Impossible White Castle sliders, access to the 6.4 billion base pairs that make up all the DNA coiled inside your cells. Well, at least for the next 48 hours. Starting today, Cambridge-based Veritas Genetics will be lowering its $999 whole genome sequencing and interpretation service for just $199 for two days, or to the first 1,000 people who buy spit kits.

Why the dramatic price drop, which Veritas is taking at a loss? CEO Mirza Cifric says that it’s more than just a holiday-season gimmick. “We’re sending a clear signal to the medical research community that the $99 genome will be here in three to five years,” he says. “People might be thinking it’s still a decade away. We want to wake them up.”

This obsessive focus on the number of digits in front of the decimal on the whole genome price tag dates back to December 2001, when scientists gathered at a hotel outside of Washington, DC, to bask in the afterglow of sequencing the first whole human genome. And to grapple with the amount of money taxpayers had spent to finish it—$2.7 billion. For sequencing to become routine, they proposed, it had to cost no more than $1,000.

While somewhat arbitrary at the time, the figure emerged as a mythic technological totem in the world of genetics, sending a generation of DNA geeks chasing after it for the better part of the 21st century. The $1,000 genome became shorthand for the economic and psychological barrier that had to be broken in order for ordinary people like you and me to decide that a personal genome sequence was a worthwhile investment. Crack it, the thinking went, and the DNA flood would begin.

Except, it didn’t. In 2014, sequencing giant Illumina broke through the $1,000 genome basement. Two years later, Veritas—a startup spun out of George Church’s Personal Genome Project—began offering its $999 consumer-friendly genome sequence, complete with a slick phone app and on-demand video genetic counseling. Surely, everyone would rush to get all of their genetic source code sequenced now? Ehhh. Not so much.

That could be because no one has figured out a sexy marketing campaign for whole genomes yet. Or, more likely, because there are already much cheaper options on the market that will tell you something (but not everything!) about your DNA. And, crucially, consumers don’t really understand the difference.

Today, slightly more than a million people have had their whole genomes sequenced. Compare that to the 17 million estimated to have had their DNA analyzed with direct-to-consumer tests sold by 23andMe and Ancestry. They use a technology called genotyping, which takes about a million snapshots of a person’s genome. That might sound like a lot, but it’s really less than 1 percent of the full picture. Genotyping targets short strings of DNA that scientists already know have a strong association with a given trait. So say, for example, scientists discover a new gene that increases your risk of developing brain cancer. If that gene is not one that 23andMe looks at (because how would it know to look if the gene hasn’t been discovered yet), then you’d have to get tested all over again to learn more about your brain cancer risk. Whole genome data on the other hand, once you have it, can be queried with computer algorithms whenever a new genetic discovery gets made.

Here’s a good example of just how much more info is in a whole genome: Earlier this year, 23andMe got FDA approval to give consumers information about their BRCA1 and BRCA2 genes. More than 1,000 mutations in these genes are known to increase women’s chances of breast and ovarian cancers by as much as 75 and 50 percent, respectively. 23andMe’s test picks up the three BRCA mutations most commonly found in individuals of Ashkenazi Jewish descent, and geneticists have voiced concern that the results could leave people with a false sense of security. Veritas’ tests, on the other hand, scan for all of them and, according to the company, turn up five to seven variants of varying concern in those two genes for the average customer.

This kind of information is complex and subtle, and to avoid needlessly freaking people out, Veritas offers 30 minutes of free genetic counseling over the phone or videochat if there is anything concerning in customers’ results. Customers also have to go through a doctor to order the Veritas whole genome test. (Don’t worry, the company will set you up with a physician if your doc won’t do it.) And, like the 23andMe health report, Veritas’ test is not intended to be diagnostic; all it does is screen for information that might spur you to take further action.

But anyone opting for whole genome sequencing right now should be aware that the science is only partially cooked, says Robert C. Green, who studies the intersection of consumer genetic testing and the healthcare system at Brigham and Women’s Hospital. (He’s also a scientific adviser for Veritas and the cofounder of Genome Medical, the company that provides Veritas’ genetic counseling services.) For one thing, consensus on what different genetic variations mean for disease risks changes over time, as new information comes in. One recent analysis found that from 2016 through 2017, more than 7,500 mutations were reclassified, most of them from “pathogenic” or “likely pathogenic” to “unknown” or “conflicting significance.” That means you could have taken a DNA test that raised a red flag for cancer risk in 2016 but wouldn’t have in 2017. “It’s important to note that, right now, the medical profession is not recommending this for healthy patients,” Green says.

And while Veritas’ test covers 200 genetic predispositions for disease compared to 23andMe’s nine, customers might decide that information isn’t worth $1,000—Veritas will be competing with companies like 23andMe on the perceived value of all that genetic information until it can accomplish the sub-$200 genome.

To get ahead in that regard, Veritas wants to integrate genetic data into the everyday. Imagine sitting in the doctor’s office with strep throat and asking Siri if you have any sensitivities to the antibiotics your physician wants to put you on. A quick query could save you some nasty side effects. (Those features aren’t here yet, but may be by the time genomes routinely cost under $200.)

Competition in the sequencing market should help. Like most biotech companies, Veritas does all its sequencing on Illumina machines. But because of increasing pressure from Chinese competitor BGI, Illumina is expected to lower its sequencing prices soon. The costs of storing whole genome data (150 gigabytes!) and extracting useful information from it that’s accurate enough for medical interpretation also contribute to the price. To offload some of those costs, Veritas has invested heavily in machine learning.

Artificial intelligence should also help Veritas with the massive computational lift required to discover new links between genes and health in its growing DNA database. Sequence enough people who have a life-threatening reaction to peanuts, for example, and the company could find mutations in a particular stretch of DNA that correlates with having the allergy. To find out if you (or your kid) has it, you wouldn’t have to send Veritas any more spit; the company could just add it to your report.

An acute condition like a peanut allergy is easy to understand, but most diseases are more complex. The vast majority of genes are going to be associated with an increased risk of something, say heart disease or dementia. But that’s all it is, a risk. You might pursue lots of costly follow-up testing or take medications with bad side effects only to never develop the disease at all. Not to mention that right now, most doctors aren’t trained extensively in genetics and don’t know what to do with risk scores. “But this stuff is coming fast,” Green says. “All the evidence points in the direction that your genome is going to show significant value for your lifetime health.” Informal surveys conducted by Green and others suggest that doctors will be willing to order up whole genome sequencing, even for healthy patients, as soon as the price comes down. And when that flood of DNA starts to roll in, they’ll have to become conversant in the ABCs of GATC. Patients will, too.

11/19/18 10:45am EST This story has been updated to accurately reflect the number of base pairs in the human genome; it is 6.4 billion, not 3 billion as previously stated.

GizmoCrazed - February 10, 2012 1
Rumour mill about Apples' much anticipated iPad 3 are on the run again. For quite a long time now, Apple fans have quenched their...