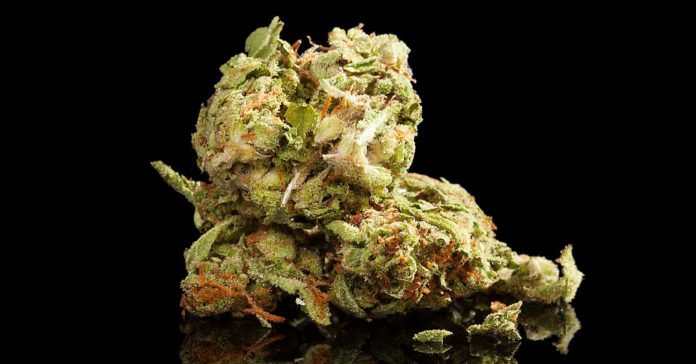 And so a few more dominoes fall. Michigan voted to legalize the recreational use of cannabis, while Utah and Missouri legalized it for medical use, according to projections made late Tuesday night. (A recreational measure in North Dakota failed, though medical cannabis remains legal there.) They join 31 other states that have already gone the medical route, and nine others that have gone fully recreational.

That’s a win for the citizens of these states—cannabis is far and away safer than alcohol and comes with a range of proven medical benefits, and still more that researchers are exploring. But it also may be a win for cannabis nationwide: The more states that legalize cannabis, the likelier it is that federal prohibition will topple soon.

“Momentum is gaining for change in Congress to allow states to determine their own marijuana policies,” says Morgan Fox, media relations director at the National Cannabis Industry Association. “Two thirds of the country wants marijuana to be legal, and politicians are ignoring that at their peril.”

This midterm election’s outcome is relevant to more than just the end game of dissolving the federal prohibition of cannabis. The momentum could also help the states that have already voted to legalize the drug but remain hamstrung by federal regulation. Over the summer, for instance, the Senate Appropriations Committee torpedoed an amendment that would have allowed banks to work with cannabis companies. This, of course, is a major headache for the industry: If a cultivator or distributor or dispensary can’t find a bank to work with, it’s kinda hard to do business.

States where marijuana is legal are also currently blocked from helping veterans gain better access to cannabis. In September, Congress stripped another amendment that would have allowed physicians affiliated with the Department of Veterans Affairs to recommend medical marijuana in states where it’s already legal.

So, the theory is that with more states voting to legalize, that attitude would trickle up to their representatives in Washington. And one particularly tall hurdle just fell. Republican Pete Sessions of Texas, the chairman of the House Rules Committee who’s been blocking votes on cannabis amendments, just lost to Democratic challenger Colin Allred. How serious is Allred about medical marijuana? It’s telling that he called Sessions out on the veterans amendment.

But then again, the cannabis momentum isn’t coming from politicians, but from the people. “One of the interesting political dynamics of cannabis legalization is that it’s happening in almost every state by ballot initiative,” says Ryan Stoa, author of the book Craft Weed: Family Farming and the Future of the Marijuana Industry. “Meaning, it’s not as if legislators are reading the tea leaves.”

Meaning, maybe we’re pinning too much hope on politicians to push for the federal reform their voters want. “For whatever reason, there still seems to be a lot of hesitation on behalf of politicians, even in the face of strong public support for legalization,” Stoa says.

Which is not to say politicians aren’t listening to the people about cannabis. In Wisconsin, voters in 16 counties voted yes on advisory questions about cannabis, ranging from whether the drug should be legalized medically to whether they ought to go the full recreational route. Like, overwhelmingly so. These questions will be used to guide policy.

Really, it’s in a state’s best interest to have cannabis legalized federally, because the economics of cannabis is nutso. Historically, California has provided perhaps three quarters of the domestically grown cannabis in the United States. That’s been over the black market, of course. But even though California has gone recreationally legal, that black market persists, both in-state (high taxes mean some patients skip the legal market) and across the country. Cultivators are “producing more supply than consumers are demanding in the state of California, which means a lot of that supply is going out of state on the black market,” says Stoa.

When a state goes legal, the cannabis sold in-state must be produced in-state (the feds don’t like interstate cannabis markets, for obvious reasons). But legalizing comes with severe growing pains. Small California growers, for instance, are buckling under the weight of new regulations meant to protect the environment and consumers. It’s mighty tempting, then, to skip selling to distributors (which in turn safety-test the product) and instead go black market and sell it all themselves out of state.

“The black market is thriving, and it’s going to continue to thrive,” says Swami Chaitanya, a (legal) grower in California’s legendary Mendocino County. “And the fact is that when it goes legal in those other states, then all of the persecution tends to drop down a level, until I imagine more black market will go to those states that are now legal.”

The fragmentation of the market could be especially acute in states that follow a similar, highly regulated legalization path as California, but that don’t have massive-scale local production of cannabis. Nevada had that problem, same with Colorado. But shortages would be less of a problem in the first place if cannabis were legal federally and producers could sell their products legitimately across state lines.

How Michigan, Utah, and Missouri settle into legal cannabis is to be seen, as is the pace with which Congress gets around to federal legalization. But a bit of bright news: we’ve got fresh faces. “With the new Congress,” says Chaitanya, “it’s almost a question of not so much, does it get legalized in most states, but are the congressional people elected going to be pro-cannabis?”

For the sake of their constituents, economies, prison systems, and the country in general, let’s hope so.

This story has been updated to include results from Wisconsin’s cannabis advisory questions.