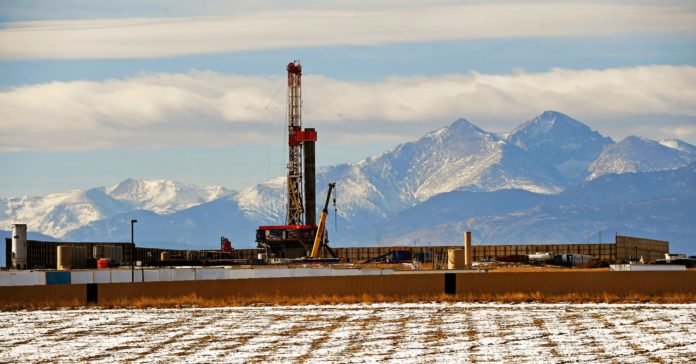 Tuesday’s midterm elections offered voters across the US the chance to move decisively to slow down the global ecological disaster of climate change. As the votes were tallied, however, one thing became clear: Americans remain as divided as ever on climate change.

During his tenure, President Trump has moved to roll back Obama-era emissions standards, cripple renewable energy research, and pulled the US from global climate talks. Yesterday’s election won’t turn that around overnight, or maybe even at all. Sure, candidates who promised climate change solutions in areas hit hard by a series of supercharged hurricanes, like Florida and Texas, won key races that helped Democrats wrest control of the House. And that means the House Committee on Science, Space, and Technology, which has been run by Republican climate science deniers for the last eight years, will for the first time since the 1990s be headed up by someone with a STEM background. (Imagine!)

Where progressive Democrats had the biggest opportunities to fight climate change directly was further down the ballot, with a handful of state initiatives in the south and west that would have reduced residents’ reliance on fossil fuels. “There’s certainly a sense of increased responsibility to curtail greenhouse gas emissions at the state and local levels,” says Sean Hecht, co-executive director of the UCLA law school’s Emmett Institute on Climate Change and the Environment. But he stresses that it’s not some great sea change from the pre-Trump era. States have always been the ones pushing the boundaries.

Here’s a look at how some of the more consequential climate-focused ballot measures around the country fared.

No, e-cigs aren’t some great contributor to greenhouse gases (that we know of). But Florida does this strange thing where it bundles together two unrelated issues into one referendum. On Tuesday, more than 68 percent of Florida voters overwhelmingly opted to pass Amendment 9, which permanently enshrines an existing ban on oil drilling in state-owned waters into the state’s constitution and for the first time prohibits vaping in indoor workplaces.

The ballot measure was designed to safeguard thousands of miles of Florida’s tourist-friendly white sand beaches from oil rigs like the one that caused the Deepwater Horizon disaster. Those same beaches are beginning to disappear under rising seas caused by climate change. With Amendment 9, voters struck a blow to the fossil fuel industries responsible for about two-thirds of global greenhouse gas emissions.

The offshore drilling restrictions, which will now be much harder to repeal, will protect a zone extending 10.5 miles west into the Gulf of Mexico and 3.3 miles east into the Atlantic Ocean. Florida’s Gulf waters have long been considered one of the nation’s last remaining petroleum frontiers. The US Minerals Management Services estimates there are nearly four billion barrels of undiscovered, recoverable oil in the area that encompasses the West Florida shelf. That’s about 1.72 billion metric tons of carbon dioxide emissions that now have a much better chance of staying locked up deep beneath Florida’s aquamarine Gulf waters.

In Arizona, the sun shines about 200 days a year. Its neighbor to the northwest, Nevada, gets even more. Ballot measures in both states would have forced utilities to capture more of that sunshine and turn it into energy to power the states’ grids. But on Tuesday, only voters in Nevada decided to ditch fossil fuels faster than currently planned. With 88 percent of the vote counted, Nevada’s Question 6 passed by nearly 20 percentage points. The constitutional amendment, if passed again in 2020, will require state electric producers to reach 50 percent renewable energy from sources like solar and wind by 2030.

Arizona on the other hand, soundly defeated a nearly identical initiative, called Prop 127. It will stick with a more modest ramp-up of renewables—20 percent by 2030. That puts the Southwestern state at odds with national trends toward increasing renewable targets, says Carey King, assistant director at the University of Texas’s Energy Institute in Austin. “As solar technologies are getting more cost-effective, and coal plants are going into retirement, more states are trying to have higher renewable energy standards,” he says.

One of the things causing solar costs to fall is investment from states that have already committed to ambitious renewable energy portfolio mandates. Twenty-nine states and Washington DC have such programs, led by California, New York, Hawaii, and Vermont, which has set a goal of reaching 75 percent renewable electricity by 2032. With Nevada joining the club, the nation takes another small step away from fossil fuel reliance, but not as quickly as it might have. Thanks, Arizona.

Full Speed Ahead on Fracking in Colorado

Since scientific advances in hydraulic fracturing technologies opened up vast natural gas stores in reserves beneath Colorado’s Front Range a decade ago, the state has been booming. In August, it reached record barrel production, landing Colorado among the top five crude-producing states in America, and sixth for natural gas. But with much of the extraction activity near the state’s biggest population centers, and a deadly gas line explosion in 2017, residents have raised concerns about public health and safety.

Enter Prop 112, a ballot measure that proposed to require all new drilling sites, processing plants and pipelines in Colorado to be more than 2,500 feet from homes, schools, water sources, and other areas vulnerable to fracking pollution. Currently, like many other states, those operations have to be kept at a minimum “setback distance” of 500 feet. The increase would have dramatically limited new drilling ventures across the Rocky Mountain State, at a moment when applications for new wells have more than tripled. By some estimates, the measure would make 90 percent of private land ineligible for oil and gas development.

Prop 112 was ostensibly about protecting public health. But the de facto fracking referendum also addressed the threat of climate change to Colorado’s 26 world-class ski resorts and $50 billion outdoor recreation and tourism industry. In the end, though, rock beat snow and state residents voted down the measure. With 100 percent of counties reporting Wednesday morning, Prop 112 failed by a 57 to 43 percent margin. The outcome assuages Big Petroleum’s fears that Colorado would become a bellwether of oil and gas-curtailing climate change policies in the West.

In the most-watched climate showdown of yesterday’s races, Washington State voters rejected a ballot question that would have established the nation’s first carbon tax. Initiative 1631 proposed to charge a $15 fee for each metric ton of carbon dioxide emitted in Washington state starting in 2020. The revenue raised would have been used to fuel investment in renewable energy infrastructure, fund conservation projects, and help vulnerable communities prepare for wildfires and sea-level rise.

As of Tuesday evening, with 64 percent of the vote counted, the initiative was losing 44 percent to 56 percent. Though the Associated Press has still not called the race, and many more votes to be counted, the lead is unlikely to be overtaken, as the Seattle Times reported this morning.

Voters rejected a similar carbon tax initiative two years ago, but this time around a diverse coalition behind the initiative hoped to generate broad support across party lines. Public opinion polls suggested that almost 70 percent of Washington voters, including a lot of Republicans, would back a measure to rein in carbon pollution. However, Initiative 1631 also faced unprecedented opposition: the $31 million spent by a handful of oil companies to defeat it was the biggest ballot-measure spending spree in the state’s history.

Why Flu Vaccines Don’t Work as Well in the Elderly

Life-size robo-dinosaur and ostrich backpack hint at how first birds got...