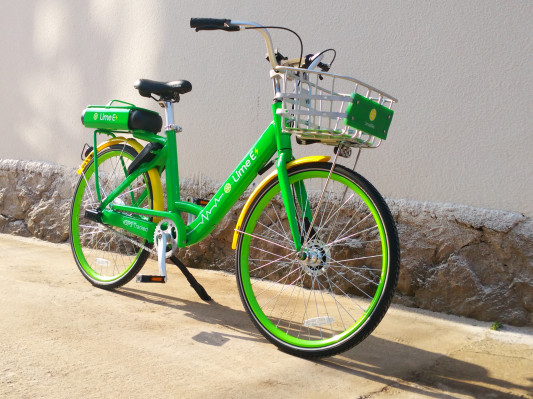 Lime launched in the United Kingdom today, starting with a group of dockless electric-assist bikes in a Milton Keynes shopping center. The San Francisco-based startup says it plans to expand into more UK cities over the next few weeks.

As in other markets, users in Milton Keynes find and unlock Lime’s bikes, which use battery-powered motors to reduce pedaling and travel further distances, through a mobile app. Bike rides cost £1 (about $1.28) to unlock and an additional 15 pence per minute of riding time and will be available first at intu Milton Keynes Shopping Centre.

Backed by investors like Uber, GV, and Andreessen Horowitz with $467 million in funding so far, Lime recently said it had hit a milestone of 11.5 million rides, only 14 months after its bikes first became available to riders. The company already operates in 100 markets through the United States and Europe and plans to launch in 50 new cities by the end of this year.

But LIme’s rapid growth hasn’t come without bumps. Along with competitors Bird and Spin, Lime was one of the companies involved in San Francisco’s war on electric scooters when they ran afoul of the city’s Municipal Transportation Agency (SFMTA). The SFMTA said e-scooters created obstacles and potentially safety hazards. This ultimately resulted in Lime being denied an e-scooter permit in August, a decision it appealed.

By choosing Milton Keynes as its first UK city, however, Lime intent on preventing conflicts by working with a city that is more receptive to transportation startups. Milton Keynes was the site of an initiative called MK: Smart to integrate more Internet of Things hardware. The project was followed by CityLABS, a program that supports data and IoT startups. In its announcement, Lime said it “will be working closely with city leaders and stakeholders to ensure the fair and respectful distribution of the service across the area.”