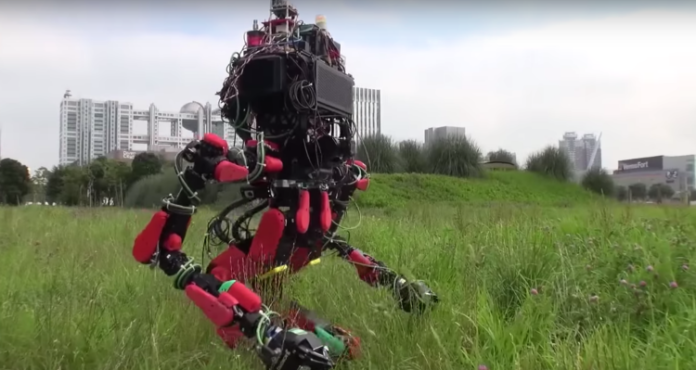 Sad news for anyone into giant robots: Google parent Alphabet is closing down Schaft, its secretive unit that develops bipedal robots aimed at helping out in disaster efforts and generally looking badass.

The news was first reported by Nikkei, but Alphabet confirmed to TechCrunch that the business will be shuttered. It said it is helping staff find new roles, most of which will likely be outside of Google and its Alphabet parent.

Firstly up, many people — myself included — might have forgotten that Alphabet owns Schaft.

The company was scheduled to be sold to SoftBank alongside Boston Dynamics — another of Alphabet’s robotics ventures — through a deal that was announced last year. Boston Dynamics made the transition but Schaft didn’t. Softbank never shouted that omission from the rooftops, but a source with knowledge of the deal told us that certain conditions agreed for the deal were not fulfilled, hence Schaft remained with Alphabet.

Our source explained that Alphabet’s robotics focused shifted away from Schaft and instead to non-humanoid robots and industry-led solutions such as robotic arms. The departure of Andy Rubin, the controversial robotics evangelist who reportedly got a $90 million payout to leave amid sexual misconduct allegations, seemed to speed up its demise inside the organization.

Alphabet shopped the Schaft business fairly widely — since 2016 and after the SoftBank deal collapsed — but to no avail, we understand. That left closing it down as the last remaining option.

Schaft was founded in 2012 by a group led by University of Tokyo professor Yuto Nakanishi.

Alphabet acquired Shaft and Boston Dynamics in 2013, the former was part of a group of seven acquisitions, in undisclosed deals.

There’s been plenty of attention on Boston Dynamics and its crazy, even scary, robots which can trek across all terrains and get up instantly when knocked over, but Schaft maintained a fairly quiet presence. Indeed, its first major prototypes weren’t revealed until some two years after its acquisition.

Half of Earth’s Heat Is from Nuclear Fission

GizmoCrazed - July 21, 2011 0
Scientists have concluded that more than half of the Earth's heat is due to nuclear fission process and it results in the movement of...