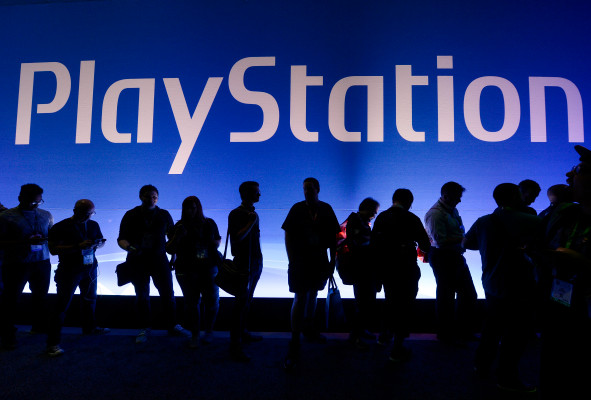 I like E3. I really do. But it’s also monumentally dumb: game companies spending millions to show off essentially faked content to an increasingly jaded audience. And it’s increasingly out of step with how the gaming industry works. So it should come as no surprise that Sony will be skipping the show more or less altogether this year, joining Nintendo in taking a step back from spectacle.

Sony has been a part of CES for 20 years and this will be the first one it’s ever missed. I’ve gone to their events every time I’ve attended; I was there for their historic putdown of Microsoft after the latter announced some hugely unpopular restrictions on used games. I think you can actually see me near the front in the broadcast of that one. (You can! I’m at 1:29.)

And E3 has been a part of Sony’s yearly cadence as well. Like other companies, for years Sony hoarded information to debut at E3, TGS and Gamescom, but E3 was generally where you saw new consoles and flagship titles debut. But as even E3’s organizers have admitted over and over again, that’s not necessarily a good thing.

Too often we have seen half-finished games onstage at E3 that end up cancelled before the year is out, or commitments made to dates the companies can’t possibly keep. Assigning a complex, creative industry to a yearly schedule of major announcements is a great way to burn them out, and that’s exactly what’s happening.

As the industry evolves, Sony Interactive Entertainment continues to look for inventive opportunities to engage the community. PlayStation fans mean the world to us and we always want to innovate, think differently and experiment with new ways to delight gamers. As a result, we have decided not to participate in E3 in 2019. We are exploring new and familiar ways to engage our community in 2019 and can’t wait to share our plans with you.

They won’t be alone. Nintendo hasn’t had a real proper E3 press conference in years. Instead, they host a live stream around the event and have a big booth where people mainly just play games. Their Nintendo Direct videos come out throughout the year, when the titles and developers are good and ready.

Microsoft is still there, and still puts on quite a show. I remember the original announcement of the Kinect, probably one of the weirdest and dumbest things I’ve ever taken part in. It was memorable, at least.

But Microsoft is also doing its own thing, announcing throughout the year and on its own terms. The Xbox One X was only hinted at during E3, and announced in full much later. I wouldn’t be surprised if Microsoft also announced they were taking it easy this year at E3 — though this might also be a good opportunity for them to double down. With the schedules these huge shows go on, they might already be committed to one course or another.

Sony actually has its own PlayStation Experience event where it announces things and lets gamers and press play the latest, but even that was cancelled ahead of its expected December date. Is Sony just getting shy?

More likely they are leveraging their dominance in the console market to be a market leader and “decider,” as they say. They have no shortage of amazing games coming out, including lots of hot-looking exclusives. What have they got to prove? Although Sony itself is not participating in E3, the developers it backs will almost certainly be there. What better way to school the competition than to not show up and still have everyone talking about you?

With the PS4 Pro out there and a solid line-up already confirmed, Sony is sitting pretty for 2019, and the company probably feels this is a safe time to experiment with “inventive opportunities to engage the community,” as the statement put it. E3 will still be big, and it will still be fun. But the trend is clear: it just won’t be necessary.

GizmoCrazed - November 28, 2010 1
Auto Racing is more than a sport for many people, to many; it is a way of life.  Many individuals, including drivers, crew members,...

Real Scientists Admit When They're Wrong

Google+ Runs Out Of Disk Space — Bombard Users With Spam