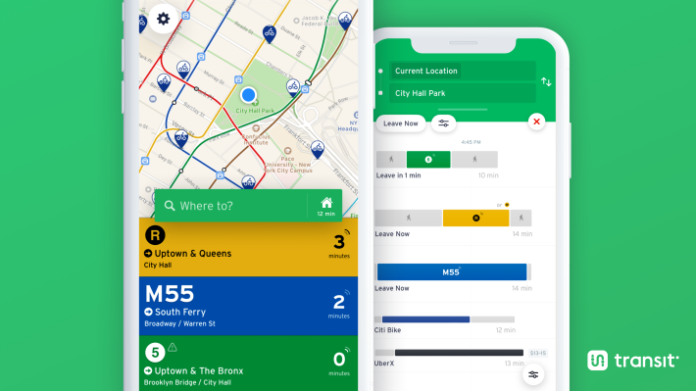 Transit, a company that built a mobile app designed to help people in cities live without cars, has raised $17.5 million from two automakers in a Series B round.

The round was led by RenaultNissan-Mitsubishi’s joint investment arm Alliance Ventures. InMotion Ventures, Jaguar Land Rover’s venture capital fund, also joined the round, as well as two past investors, Accel and Real Ventures.

RenaultNissan-Mitsubishi and Jaguar Land Rover’s investment would have seemed counterintuitive five years ago. But this is 2018. It’s the year of the scooter wars and micro-mobility; it’s also a time of transition for automakers that are looking to diversify their traditional business of building and selling cars.

Founded in 2012, Transit started as an app to help people check departure times for buses and trains. It’s grown into a mobile app platform that enables multi-modal transportation, integrating public transit, ride hailing, bike sharing and scooter sharing. The mobile app, which provides real­-time data from transit agencies with user crowdsourcing, gives users notifications from their ride. The app then tracks the real-time location of the vehicle and notifies the user when to leave for their stop, when to disembark. and sends adjusted ETAs. Transit is now used by transit agencies, including Boston’s MBTA, Baltimore’s MDOT MTA, Silicon Valley’s VTA, Tampa Bay’s PSTA and Montreal’s STM.

The company wants to be transit and company agnostic, so, it’s a big proponent of open APIs. Montreal, where the company is based, is a model of what Transit wants to be everywhere. In Montreal, people can use the app for car sharing, bike sharing, to order an Uber or use public transit, COO Jake Sion explained.

Transit, which operates in 175 cities globally, will use the injection of capital to scale operations and improve the platform by integrating various services and payment methods on the app.

“This investment, which will advance Transit’s efforts to make mobility seamless and accessible in cities, fits with the Alliance 2022 strategy to become a leader in robo-vehicle ride-hailing mobility services and a provider of vehicles for public transit use and car-sharing,” François Dossa, Alliance Global vice president of ventures and open innovation, said in a statement.