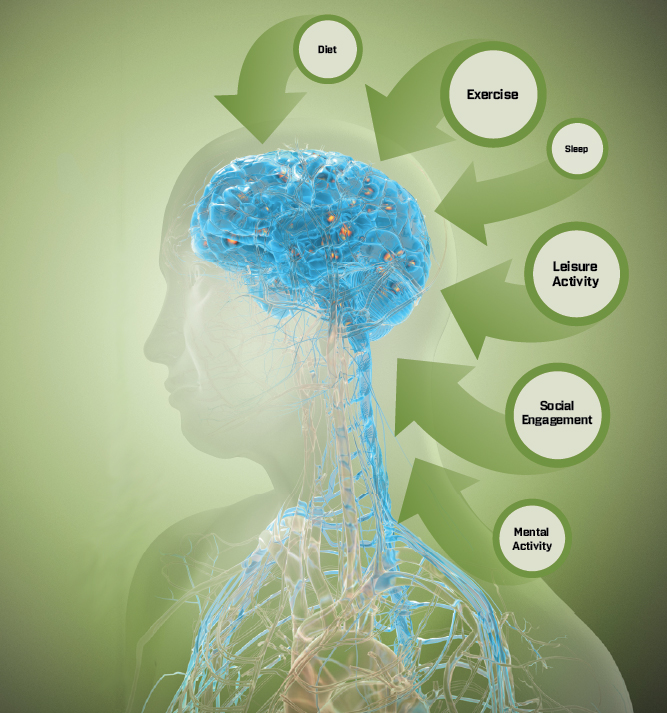 Treating Alzheimer’s has been a challenge because, until now, little meaningful progress has been made. Neurologists on the front lines have felt powerless, watching their patients disappear into the sinkhole of forgetfulness.

Big Pharma’s focus on a one-size-fits-all anti-amyloid drug, and the billions in funding that went with it, largely eclipsed a dramatically different story that was quietly emerging from independent academic studies over the past decade: Other health conditions, such as our sedentary lifestyles, poor eating habits, Type 2 diabetes, insulin resistance and skyrocketing obesity, play a huge role. “But you can’t package or patent a lifestyle,” Galvin dryly observes.

In his darkest moments, Galvin wondered if he was doing anything for anybody. He had so few weapons in his treatment arsenal — only a handful of marginally beneficial drugs approved decades ago that can temporarily enhance thinking and functioning. Studies that linked Alzheimer’s to a range of modifiable lifestyle factors prompted him to make subtle changes in his practice, and he began to more aggressively treat the health conditions that contribute to the disease. He’d prescribe medication to lower his patients’ blood pressure, statins to control cholesterol, or suggest exercise regimens or dietary changes to lessen insulin resistance and improve brain health. “I started to see that my patients seemed to progress much slower than my colleagues’, and the families would tell me the same things,” Galvin recalls. He discovered some of his fellow neurologists were taking a similar tack: “The same lightbulb is going off.”

At the University of Alabama at Birmingham, Geldmacher gives each patient a detailed and personalized risk assessment that encompasses family history, performance on tests of mental acuity and results of MRI scans. “By controlling their risks, people can maintain their well-being through physical exercise, mental stimulation and a healthy diet,” says Geldmacher. “Those three things may help lower their risk for the disease or slow it down. That’s where the field is going.”

Richard Isaacson, the founder and director of the Alzheimer’s Prevention Clinic at New York Presbyterian Weill Cornell Medical Center, spends hours with each patient doing a thorough health analysis. He uses cognitive tests, body measurements and brain health computer assessments, as well as lab tests and imaging exams (MRI or PET scans) to pinpoint areas that can increase the odds of developing Alzheimer’s. “We look at genetics, we look at cholesterol, we look at glucose metabolism, we look at body fat,” says Isaacson, who was inspired to do this work after watching four family members succumb to the disease. “Then we triangulate this information, using each data point with the context of one another.”

Based on their risk factors, patients are prescribed a regimen of exercise, methods to reduce stress and get more restorative sleep, prescription and over-the-counter medications, and even nutritional supplements to compensate for their deficits. In people who dutifully follow the program, Isaacson says early research indicates that cognitive function does improve in critical areas such as executive functioning and processing speed, or how fast information can be absorbed. “Intuitively, we thought this would work,” says Isaacson. “But now we actually have proof.”

While the evidence remains largely preliminary, these individual cases have reached a critical mass, which indicates something is happening that needs to be explored in a more rigorous way. In September, nearly a dozen physicians — from Puerto Rico, Kansas City, Alabama and New York — met in Chicago to share what they’ve learned, what seems to work and what doesn’t, and begin the arduous process of figuring how best to test a treatment platform that can be used everywhere. “We’re trying to lay the groundwork for Alzheimer’s prevention and figure out what tools we should be using and what works best,” says Isaacson. “But the field is still in its infancy, so we literally learn every day.”

Carbo brings its light and peppy electric bike to the US

GizmoCrazed - November 19, 2018 0
The Carbo is a new electric bike that weighs a mere 27 pounds and can pep up your morning commute. Created by the Montreal-based...

One Couple’s Tireless Crusade to Stop a Genetic Killer