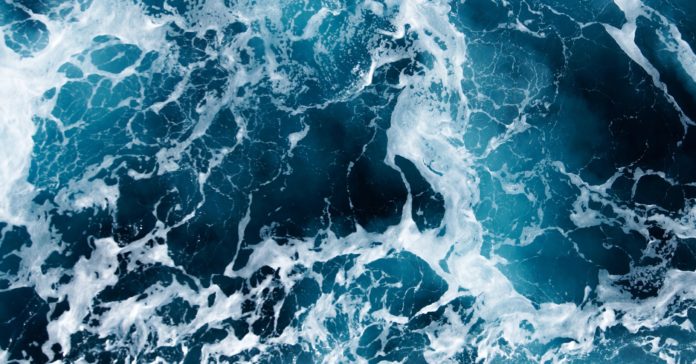 The oceans have nourished our species for millennia, but we sure have a funny way of showing our appreciation. Overfishing, pollution, climate change, acidification—I could go on. The sea has always been an indispensable tool for transportation and sustenance, and we’re in danger of breaking that tool beyond repair.

Yet the ocean also presents a unique, and perhaps overlooked, opportunity to fight climate change. But where to start? Do you invest in coastal habitat restoration to absorb more CO2, or in renewable energy like offshore wind farms to cut emissions in the first place? Or rather more extreme, do you cover the ocean surface with white foam to bounce solar radiation back into space, what’s known as geoengineering? What’s worth the time and effort and money, and what will just make matters worse?

An international team of scientists just took a big swing at helping address those questions. Their new review, published in Frontiers in Marine Science, looked at more than 1,000 studies of potential oceanic solutions to climate change. The goal was to quantify not only what might be the most effective way to go about things, but how feasible the technologies are. The researchers identified 13 different strategies and scored them on eight different criteria, including efficiency and the duration of the effects.

“The ocean is a very important actor in the climate system,” says lead author and ocean scientist Jean-Pierre Gattuso of France’s Laboratoire d’Océanographie de Villefranche. “It is a victim of climate change with regard to warming and acidification. But it’s also a source of solutions.”

The bright spots in this evaluation? Strategies like coastal vegetation restoration, which helps suck up CO2, are already proven to be effective. So keep that up. Same with renewable energy and coral reef conservation. Among the murkier bits? It may sound fun and mad-sciencey to manipulate marine clouds to brighten them and reflect light back into space, thus cooling the seas, but the technology is far from proven, and it would do nothing to address ocean acidification (a consequence of increased CO2 uptake).

“Likewise the fertilization of the oceans using iron,” says Gattuso. Iron helps encourage the growth of phytoplankton, plant-like organisms that sequester CO2. Folks have even proposed doing this to create more food for fisheries, sparking controversy. “But we also know that there are many disbenefits, like it drives the oceans to low-oxygen concentrations, which is a problem for animals.” That on top of it not addressing the acidification problem.

On the other hand, what the study found to be extremely effective is the preservation of habitats like seaside mangrove forests and saltmarshes. More trees allow an ecosystem to capture more CO2 (to be clear, humans must significantly reduce CO2 emissions in the first place, and quickly—trees alone won’t solve our problems). Robust mangrove forests act as bulwarks against storm surges as well. Also on the vegetation front, growing more seaweed could locally reduce acidification.

Another strategy that scores high marks in the study is renewable energy, like wave energy converters, which could, at least in theory, provide twice the amount of energy humans need. And let’s not forget about coastal wind power. “If one covers the whole North Atlantic with offshore windmills, we could generate enough energy for the entire planet,” says Gattuso. “It has very few negative effects, so it’s really something that stands out in our evaluation.”

Where things get trickier, though, are the more daring solutions like solar radiation management. Say you want to experiment with spreading some kind of light-colored foam on the surface of the ocean. Because it’s lighter than the ocean itself, it makes the sea reflect solar radiation instead of absorbing it, thus (theoretically) cooling the water. But to be effective (again, this is very theoretical) you’d need to spread the stuff over vast distances—an acre of coverage won’t do you any good. You might succeed in cooling the sea, but you might also end up altering the weather patterns for your country and your neighbors. They may not take too kindly to that.

By the standards of geoengineering, this ocean foam idea is relatively timid, if you can believe it. Researchers have been toying with the idea of spraying massive quantities of aerosols into the atmosphere, which would bounce solar radiation back into space. If global warming got unbearable enough and a consortium of nations decided to have at it, they could end up shifting global climate patterns. Some nations might end up with more rain, but others with less, at which point they’d ask to shut the campaign down. If you suddenly stopped this kind of geoengineering, though, the rapid re-escalation of temperatures would devastate crops and ecosystems alike.

It’s also easy to assume that the ramping up of geoengineering efforts, whether over land or sea, will happen in a measured and rational manner—start with small experiments and increase in size and scale as the science plays out. “I think that assumption hasn’t really been thoroughly examined,” says Anna-Maria Hubert, who studies climate change and international law at University of Calgary. “There’s not a lot stopping a country from doing something fairly large on their coast or on the high seas, where there’s relatively little governance in place.”

Or worse yet, a hyper-rich dude with a God complex—which the world has no shortage of—could decide he wants to solve the problem himself. Or maybe it’s a corporation worried about losing money. “Part of governance has to be for the international community, and this means particularly the UN Security Council, to address what to do in case something like that were to happen,” says Janos Pasztor, executive director of the Carnegie Climate Geoengineering Governance Initiative, and former UN assistant secretary-general for climate change. Ideally, though, there’d be some sort of framework in place to discourage this in the first place.

Again, we’re talking about wildly complicated systems here—tweak one thing in the atmosphere or the ocean and something else is liable to go haywire. Big geoengineering projects might still hold promise, but we need far more research. This new study shows that the relatively simple stuff we’re already doing—renewable energy, habitat protections, reducing pollution—are both shoring up our seas against climate change, and using the seas to fight climate change itself by cutting emissions (windmills, wave energy converters) and absorbing emissions (mangroves).

So there’s no single fix that’s going to solve this problem. “We will probably need many types of solutions—some local, some global—and there will be many stakeholders that need to be brought together under the governance framework,” says Pasztor. What happens, for instance, if geoengineering shifts wind patterns and slashes the output of a particular country’s offshore wind farms? Or your local climate changes and destroys the mangrove forests you worked so hard to protect?

This new study isn’t saying it has the definitive answers. It’s calling for more research into solutions, raising concerns about governance, and drawing attention to the ocean as a major opportunity to help fight climate change. Rich dudes with God complexes, take note.