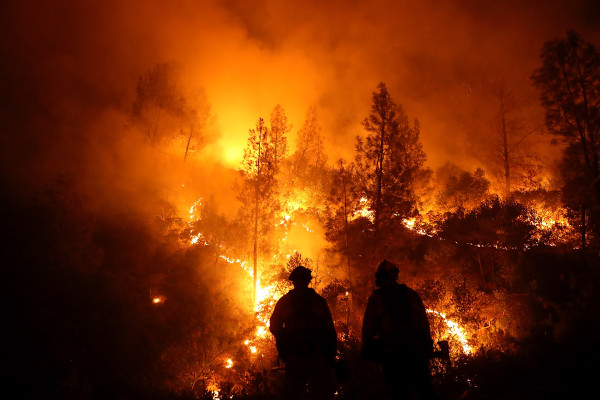 A UN report compiled by a coalition of international climate and policy experts has warned that “rapid, far-reaching and unprecedented changes in all aspects of society” are required if global warming is to be limited to just 1.5°C.

The report also sets out some of the dire consequences for both humanity and life on Earth if that threshold is exceeded, and points out that, conversely, limiting global warming would give people and ecosystems “more room to adapt and remain below relevant risk thresholds”.

Decisions made by world leaders today are critical in ensuring a safe and sustainable world for everyone, the authors warn.

“One of the key messages that comes out very strongly from this report is that we are already seeing the consequences of 1°C of global warming through more extreme weather, rising sea levels and diminishing Arctic sea ice, among other changes,” said Panmao Zhai, co-chair of one of the report’s scientific working groups.

“The good news is that some of the kinds of actions that would be needed to limit global warming to 1.5°C are already underway around the world, but they would need to accelerate,” added Valerie Masson-Delmotte, co-chair of the same group.

To limit the damage caused by climate change, global net human-caused emissions of carbon dioxide (CO2) would need to fall by about 45% from 2010 levels by 2030, reaching ‘net zero’ around 2050 — which means that any remaining emissions would need to be balanced by removing CO2 from the air.

If world leaders do not succeeding in keeping warming to 1.5°C humanity will face a range of far more severe impacts, with a 2°C rise meaning an extra 10cm rise in sea levels by 2100 — which would inundate scores more coastal cities and low lying areas, increasing the amount of people who would be displaced in future.

While the report says that limiting global warming to 1.5°C would reduce risks to marine biodiversity, fisheries, and ecosystems, and their functions and services to humans.

While the likelihood of an Arctic Ocean free of sea ice in summer would be once per century with global warming of 1.5°C, compared with at least once per decade with 2°C, according to the report.

Likewise, on land, impacts on biodiversity and ecosystems, including species loss and extinction, are projected to be lower at 1.5°C of global warming vs 2°C.

Impacts associated with other biodiversity-related risks — such as forest fires, and the spread of invasive species — would also be less severe if climate change can be contained to a smaller rise.

The Intergovernmental Panel on Climate Change (IPCC) compiled the Special Report on Global Warming in response to an invitation from the UN’s Framework Convention on Climate Change when 195 global leaders adopted the 2015 Paris Agreement to tackle climate change — an accord which President Trump turned his back on last year when he withdrew the US from the agreement.

The report will be a key scientific input for the Katowice Climate Change Conference, which takes place in Poland in December, when other heads of state will meet to review the Paris Agreement.

The group of 91 authors and review editors from 40 countries who prepared the report argue that keeping global temperature rise to 1.5°C would also support a more sustainable and equitable society.

“Every extra bit of warming matters, especially since warming of 1.5°C or higher increases the risk associated with long-lasting or irreversible changes, such as the loss of some ecosystems,” added Hans-Otto Pörtner, Co-Chair of IPCC Working Group II.

Any ‘overshoot’ of 1.5°C would mean a greater reliance on techniques that remove CO2 from the air to return global temperature to below 1.5°C by 2100.

But policymakers are warned that the effectiveness of such techniques are unproven at large scale and some may carry significant risks for sustainable development.