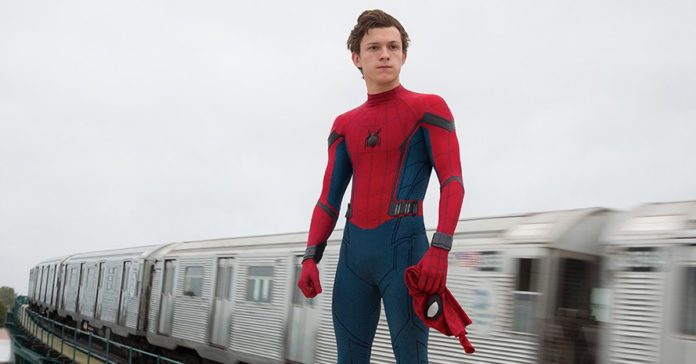 If you are a Spider-Man fan (like me), surely you’ve seen Spider-Man: Homecoming. It’s great.

OK, you know what comes next. Here is the part where I look at a particular scene and talk about the physics. It’s just what I do, I can’t help myself. But even if there is a physics problem, I still love the movie.

There, you have been warned—just in case.

Now I will describe the scene without revealing any major plot points. So Spider-Man is on a plane. No, not flying inside a plane. He is literally ON the top of the plane. This plane is crashing. It’s not a nose-dive crash, but more like a crash landing. The aircraft hits an empty beach and makes a spectacular display of debris flying all over the place as it slides to a stop. The impact throws Spider-Man off the plane. He falls back onto the beach along with the rest of the aircraft and cargo pieces—much of it on fire.

But wait! That’s not what would happen. The key physics idea involved in this scene is the momentum principle. This says that a net force changes the momentum of an object and the momentum is the product of mass and velocity. If you want Spider-Man to slow down (and move off the back of the plane), then there must be a force pushing in that direction to decrease his momentum. Here is a diagram that might help.

Yes, there is a force pushing on the plane. It’s a frictional force due to the interaction between the body of the plane and sand. This backwards force decreases the momentum of the plane and makes it slow down. But what about Spider-Man? You could argue that he also has a backwards-pushing force from the air pushing on him as he moves forward. That might be true, but it would be a very small backwards force. Remember that in order for Spider-Man to fall off the plane he needs to slow down MORE than the plane. This tiny force won’t do the job.

How about a nice physics demo showing what should happen? Here is a cart on a low friction track with a small block on top. The cart is like the plane and the block is supposed to be Spider-Man. On one section of the track, there is some paper to create a frictional force pushing in the opposite direction as the momentum of the plane—this friction slows down the plane. Watch what happens.

So this scene has a physics mistake. It’s not a big deal—but it does bring up an interesting point. Why doesn’t this particular scene throw viewers off with its incorrect physics? The answer is that the motion of Spider-Man agrees with the common sense idea about force and motion. The idea (which does not agree with the momentum principle) is that forces makes things move. If you want to move at a constant speed, you need a constant force. This is a “common sense” idea because it seems to work. If you push on a book sitting on the table, it moves. When you stop pushing it, it stops. So, when the plane is sliding on the sand there should be some force (let’s call it a motion force—which isn’t real) pushing it forward. Once Spider-Man lets go of the plane, he no longer has a force pushing him forward so he stops and falls off the back.

The second option is to give some backwards force on Spider-Man. Suppose Spider-Man has something like a web-parachute (I don’t know why). This would create a significant amount of air drag and maybe slow him down enough that he slows down more than the plane and “falls” behind it. Or maybe Spider-Man grabs something on the ground (I’m picturing a lamp post) as he moves past it. This also would exert a significant backwards-pushing force to slow him down more than the plane.

OK, let’s just be clear. Even though the physics in this scene doesn’t completely match real life—that’s OK. I still think that Spider-Man: Homecoming might be my favorite move in the Marvel Cinematic Universe.