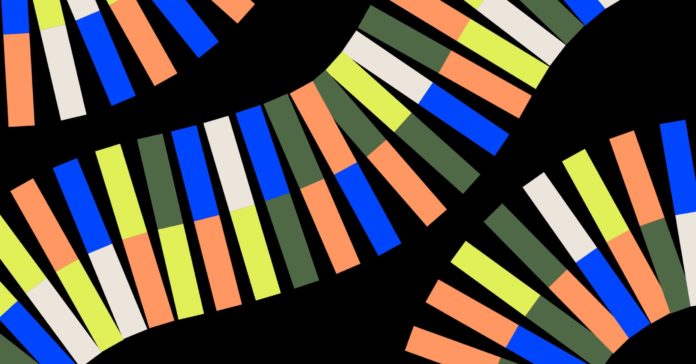 When Dan Riconda graduated with a master’s degree in genetic counseling from Sarah Lawrence College in 1988, the Human Genome Project was in its very first year, DNA evidence was just beginning to enter the courts, and genetic health tests weren’t yet on the market. He found one of the few jobs doing fetal diagnostics for rare diseases, which often meant helping young families through the worst time in their lives.

What a difference 30 years makes. Today, with precision medicine going mainstream and an explosion of apps piping genetic insights to your phone from just a few teaspoons of spit, millions of Americans are having their DNA decoded every year. That deluge of data means that genetic counselors—the specialized medical professionals trained to help patients interpret genetic test results—are in higher demand than ever. With two to three job openings for every new genetic counseling graduate, the profession is facing a national workforce shortage.

That’s where folks like Riconda come in. He was recruited by Baylor College of Medicine to lead the school’s first class of genetic counseling students. Baylor runs one of 11 new accredited programs in North America (10 in the US and one in Canada) that have launched in the last three years, increasing the total number of training programs on the continent by a third. There are at least a dozen more in various stages of development.

“There’s been a surge in the number of new programs in a relatively short period of time,” says Riconda. This year, there were 406 slots available for new applicants to genetic counseling programs, up from 378 the year before. “It reflects the greater opportunities available today that didn’t exist when I first entered the field.”

In the clinic, genetic testing has expanded from its origins in prenatal and reproductive health to cardiac and cancer care. Dozens of treatments now work by targeting specific tumor mutations. But the opportunities outside the clinic are growing even faster.

Pharmaceutical and lab testing firms are routinely hiring genetic counselors to make sure new screening technologies for these targeted drugs are developed in an ethical way. According to a 2018 survey conducted by the National Society for Genetic Counselors, a quarter of the workforce now works in one of these non-patient-facing jobs. A smaller study, published in August, found that one-third of genetic counselors had changed jobs in the past two years, nearly all of them from a hospital setting to a laboratory one.

One place that isn’t welcoming new counselors is consumer testing companies like 23andMe. “I would love students to have more opportunities in the consumer-driven space,” says Ashley Mills, the program director at the Keck Graduate Institute in Claremont, California, which welcomed its first genetic counseling class earlier this fall. “The unfortunate thing is you really don’t have any genetic counselors working there for students to shadow.” Earlier this year, 23andMe’s CEO, Anne Wojcicki, penned an opinion piece in Stat titled “Consumers Don’t Need Experts to Interpret 23andMe Genetic Risk Reports.” A “free-the-data” evangelist, Wojcicki argued that people should be empowered to make their own decisions with their DNA, without a trained intermediary.

The federal government seems to agree. In 2017 the US Food and Drug Administration allowed 23andMe to release disease risk reports to customers for 10 health conditions. In March of this year the company got the green light to add breast cancer to its list. More approvals for 23andMe and its competitors are likely to follow soon.

Genetic counselors are already feeling the strain. “In southern California there are a number of genetic counselors with private practices who are mostly seeing patients bringing them 23andMe results,” says Mills. Since 2007, more than five million people have had their DNA tested with 23andMe; in the last year the spit kits have become a bestseller on Amazon. To teach students about working with this kind of data, Mills has invited those private practice counselors to host workshops on the topic. Helping worried customers navigate their results is, after all, very different from the way genetic counseling has worked for decades, with doctors referring patients to counselors before testing, to guide the process.

But with the shortfall in genetic counselors, there also aren’t enough professionals to train the up-and-comers. Most programs can only accept 8 to 12 new students per year, because accrediting standards require each student to handle a certain number of clinical cases. Yet there are only so many supervisors to go around, says Amanda Bergner, president of the Accreditation Council for Genetic Counseling.

Counselors have also left the clinic for higher-paying jobs in other branches of the healthcare industry. Genetic counselors make less than other medical professionals with similar training—averaging $77,500 per year, according to the Bureau of Labor Statistics. That shrinking pool of clinic-based workers ends up limiting the number of new counselors who can be trained to take their place.

Which is one reason why Sheila O’Neal, the executive director for the American Board of Genetic Counseling, isn’t sure all the new programs will be enough to provide adequate patient care in the coming decade. The other is the sheer speed with which new genetic tests are reaching the market, about 10 every day by one recent analysis in Health Affairs. “We’ve outstripped the estimates on the supply side,” says O’Neal. “Whether or not we actually meet demand is hard to say; it’s a moving target.” There might be more ways to decode your DNA than ever before, but interpretation is still a scarce commodity.

AI Just Learned How to Boost the Brain's Memory

GizmoCrazed - February 11, 2018 0
When it comes to black boxes, there is none more black than the human brain. Our gray matter is so complex, scientists lament, that...

All of Us and the Dream of a Research Diversity Crusader