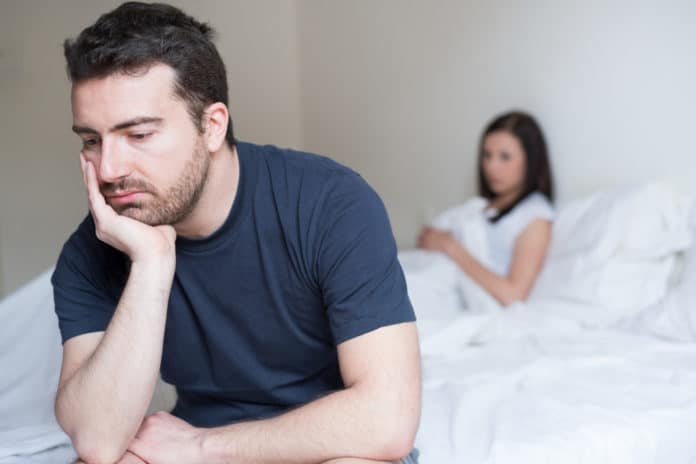 Scientists say they’ve finally found a gene implicated in erectile dysfunction, a discovery that could help illuminate how the condition occurs on the most basic level.

The condition is widespread among older men — some estimates put it at 40 percent or higher for men over 40 — and it’s thought to be influenced by a range of factors. Poor body weight, cardiovascular health, a lack of exercise and many other things can all predispose men to erectile dysfunction (ED). But our genes matter, too.

Studies of twins had previously shown that around a third of the condition could be chalked up to genetics, though what genes were at play was unknown.

Now, researchers have pinned down several variants in a single genetic region that they say likely plays a role in sapping sexual vigor. Looking at genetic profiles from 36,000 men enrolled in a study funded by healthcare company Kaiser Permanente, researchers from Kaiser were able to find what genetic variants men with erectile dysfunction had in common.

The results were published Monday in the Proceedings of the National Academy of Sciences.

Their study picked out a single area, or locus, in our DNA that interacts with a gene known as SIM1, and which was correlated with erectile dysfunction in men in the study. The SIM1 gene helps regulate our body weight and is also involved in a pathway that produces two hormones known to stimulate erections. Mutations in that nearby locus change how the SIM1 gene works in our bodies, they say, potentially leading to ED.

They also controlled for other common factors in ED like BMI, cardiovascular disease, diabetes and smoking, and found that it remained relevant no matter what additional health risks people had. The gene seemed to have the strongest effects in men between the ages of 50 and 59.

There are a few different levels of severity for ED, but the SIM1 gene appeared to impact them all the same. It’s a sign that the same genetic factors are at play in men who experience the condition differently.

Though the researchers didn’t look at women in this study, they suggest that future research might take a look at the SIM1 gene in females as well. While there’s obviously no risk of ED, the hormones the gene is involved with are involved in female sexual function as well, they say, and it could impact sexual arousal in women as well.