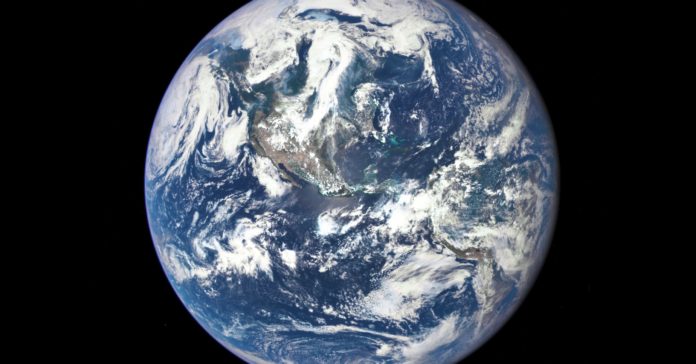 You might think you can just leave the science stuff to scientists—but you can’t. We live in a world that is surrounded by science and we use toys that depend on science (like that fancy smartphone in your hand). Other issues, like climate change and vaccinations, can have a significant impact on any one of us. You don’t have to be science nerd, but you have to at least know the important parts of science.

Here are the key aspects of science that everyone needs to know. Yes, this is for you. You know who you are.

It’s Not About What You Believe

Here is a common sentiment:

I just don’t believe in global warming. It doesn’t feel warmer to me. It doesn’t seem like it’s real.

Science is not about believing. Too many things are known to be true that are beyond what we could imagine—and therefore believe. Who could have guessed that there are objects so massive that they bend light like a black hole? Who would have thought that an ordinary object is made of other objects like the electron and the proton? Even the most creative person couldn’t dream up a world as crazy and awesome as the one we live in.

If we can’t rely on our beliefs or instincts in science, what do we do? The key is experimental evidence. Instead of using our gut instincts, we build ideas based on data from experiments. This is the basis of science.

Science Is Not About the Truth; It’s About Building Models

When you think of the word “model,” do you think of a small plastic thing that looks like a car or a plane? Those are indeed models—they are physical models. The goal of science is to build models like those except better. Consider a globe of the Earth. It’s a model in that it shows some important things (like the location of the continents) but it isn’t actually the Earth. We can also make mathematical models, computational models, or even just conceptual models. Science is the process of building and testing these models based on experimental evidence.

But at the end of the day, these are still just models. They aren’t The Truth. In fact, the only way to know if a model is absolutely true would be to test every possible case that applies to the model. This means testing every situation IN THE WHOLE UNIVERSE—oh, and for all time beginning with the Big Bang until the end. You can’t do that.

Don’t worry. All is not unknown. Even though we don’t know the truth, we still have great models. For instance, we still don’t completely understand the gravitational interaction, but our models are good enough to design that airplane that gets you across the country safely. Oh, and we still have models that are good enough to know that there is indeed climate change and it is caused by humans.

You Can’t Be an Expert in Everything

I’m not an expert on the climate, but how am I supposed to just trust these scientists? Maybe they have an agenda. Heck, we can’t even predict the weather so how are we supposed to know the temperature will rise by 1.5 degrees Celsius.

Yes, it’s true. I’m not really an expert on the science of climate change. But then again, there are many things that I don’t really understand—like Fortnite. This is why we depend on others for help. How about an example.

Let’s say you go to the doctor (a medical doctor) for a check up. The doctor says “oh, bad news—you have a brain cloud.” What the heck is a brain cloud? Well, it’s bad. Maybe you need surgery. What do you do next? Maybe you should get a second opinion, right? So another doctor says “yup, brain cloud for sure.” That’s still not good enough. You go and see 100 doctors. Of all of these doctors, you get 97 who say it’s a brain cloud. But you feel fine, right? Your head doesn’t even hurt. Maybe you should listen to those three doctors who said you are fine.

That is the situation we are in with climate change. Even if only 97 percent of climate scientists say that climate change is a real thing, we should probably take it seriously. What’s the worse that could happen? We make the world a better place and the whole thing was a hoax. Oh darn.

Tesla reportedly working on its own battery cell manufacturing capability

GizmoCrazed - June 27, 2019 0
Automaker Tesla is looking into how it might own another key part of its supply chain, through research being done at a secret lab...

Google stored some users' passwords in plain text for years