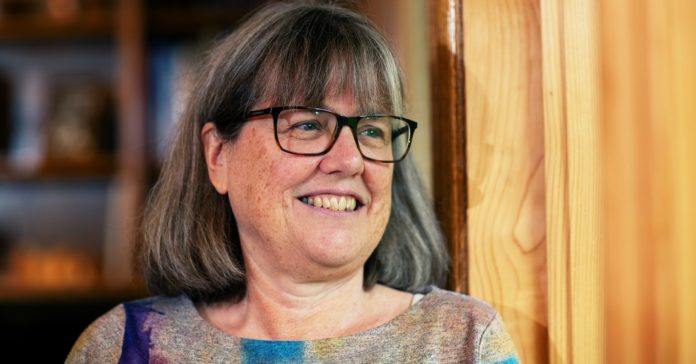 The laser is a tool of many talents, as the Nobel committee well knows. On Tuesday morning in Stockholm, its members announced the year’s physics prize and rattled off a short list of the technologies it has made possible: barcodes, eye surgery, cancer treatment, welding, cutting materials more precisely than a scalpel. They failed to acknowledge the whimsy it has brought cat owners, although one committee member did mention laser light shows.

The laser’s resume keeps growing. This year, the Nobel committee awarded the prize in physics to three scientists who invented two groundbreaking ways to use them: Arthur Ashkin for developing a technique for grabbing and studying microscopic objects, known as optical tweezers, and Donna Strickland and Gérard Mourou for inventing a method that now allows scientists to produce intense pulses of light that, for a billionth of a billionth of a second, contain more power than the entire U.S. electricity grid. These laser techniques have transformed medical procedures, manufacturing, and biology research, the committee said. The three will share the 9 million kronor (about $1 million) prize, with Ashkin receiving half, and Strickland and Mourou splitting the other half.

At 96, Ashkin is the oldest ever Nobel recipient. He developed optical tweezers in 1970, while he was a scientist working at Bell Labs. He found that, if you focus a laser in a specific way, you can create a sweet spot in the beam where certain microscopic beads can reside harmlessly and motionlessly. By affixing proteins or other tiny biological objects onto the bead, you can precisely steer and prod them. Since Ashkin’s invention, scientists have trapped and played with individual viruses, bacteria, proteins, DNA, and more using the tweezers. They allow scientists to grab and sort individual cells, for example, and to watch cells called phagocytes engulf bacteria to keep humans healthy. Scientists have even used the tweezers to measure the forces during mitosis—a cell dividing into two.

In particular, optical tweezers let scientists study the springiness and bendiness of biological structures, says physicist Michelle Wang of Cornell University. The tweezers are delicate enough to stretch a DNA molecule. Wang uses optical tweezers to study the twisting motion of motor proteins, which are structures that move molecules and other objects around the body.

Strickland and Mourou’s invention—a technique known as chirped pulse amplification—allows scientists to amplify laser light into the petawatts, which is more power than a trillion solar panels under direct sunlight. Prior to their innovation in 1985, this level of intensity was impossible. The beam was so powerful that it would destroy parts of the laser itself, says physicist Arvinder Sandhu of the University of Arizona. Strickland, who now works at the University of Waterloo, and Mourou of the École Polytechnique near Paris, figured out how to first mellow out the laser pulse—deliver the photons in a slow stream—and then squish them together into a sharp burst in another part of the laser that could handle the intensity.

The lasers don’t emit continuously at such high power; instead, this level of intensity endures as briefly as a billionth of a billionth of a second (an “attosecond”). These pulses are especially useful because they can precisely cut away materials like biological tissue without damaging its surroundings. That’s why they’re used in corrective eye surgery, says Sandhu. Similarly, industrial processes use it to carefully cut construction materials—“just like it machines the eye,” said Strickland during the prize announcement.

Like the optical tweezers, these short pulses can also be used to observe microscopic processes. Sandhu points the short bursts at exotic new materials, using it somewhat like a camera. In particular, he is interested in studying what electrons do inside a material, as they determine the material’s bulk properties, such as its electrical conductivity, magnetism, and melting point. The intensity of the light rips electrons off atoms in the material so that Sandhu can study their behavior. Short pulses provide a benefit like a fast shutter speed: the shorter the pulse, the more clearly you can capture what the electrons are doing in slow motion.

This year’s award is especially notable because the Nobel committee recognized both Mourou and Strickland, says Sandhu. When they developed the technique, Strickland was Mourou’s graduate student, a demographic whose achievements have historically been overlooked by the Nobel committee. “Junior researchers play an important role in physics,” he says. “It’s good to see that it’s not just advisers being recognized.”

It’s also “very heartening” that they gave the prize to a woman physicist this year, says Sandhu. Strickland is the first woman to receive the physics Nobel in 55 years. Only three women—Marie Curie, Maria Goeppert-Mayer, and now, Strickland—have won the Nobel Prize in physics. “Is that all? Really?” said Strickland during the conference. That brings the total fraction of female physics laureates to about 1.5 percent. The American Physical Society found that in 2017, women made up 21 percent of college physics degrees.

“Obviously, we need to celebrate women physicists because we’re out there,” said Strickland. “Hopefully in time it’ll start moving forward at a faster rate.” At the very least, during the ceremony, someone finally made Strickland a page on Wikipedia.