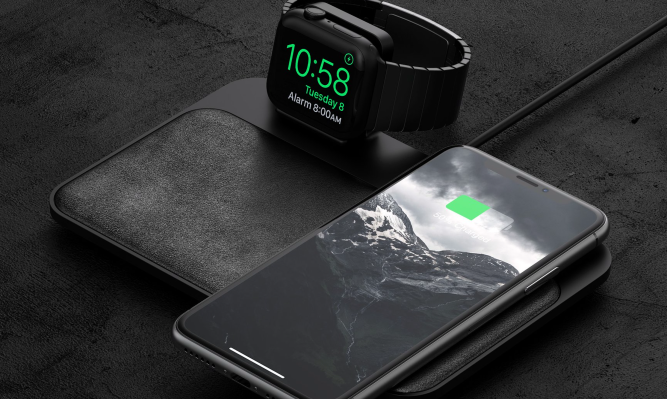 With Apple’s AirPower still missing in action, the Apple accessory ecosystem has been attempting to fill the need with similar products. Some of these third party products are better than others, and the new Base Station from Nomad looks to be the best of them all.

The Base Station does two things. One, it wireless charges up to three mobile devices. Two, it charges an Apple Watch through an integrated Apple MFi-certified Magnetic Apple Watch charger. More so, it looks great.

A padded leather surface covers three charging coils allowing the unit to recharge up to three devices — or one device laying horizontally across the pad. Each of the coils are Qi-certified and output at 7.5W. As for the Apple Watch, it can only be recharged using the included magnetic charger unless Apple activates Qi-compatibility through a software update.

The Nomad Base Station is available now for $120. Don’t have an Apple Watch? The same charging base is available for $20 less and still supports up to three devices.