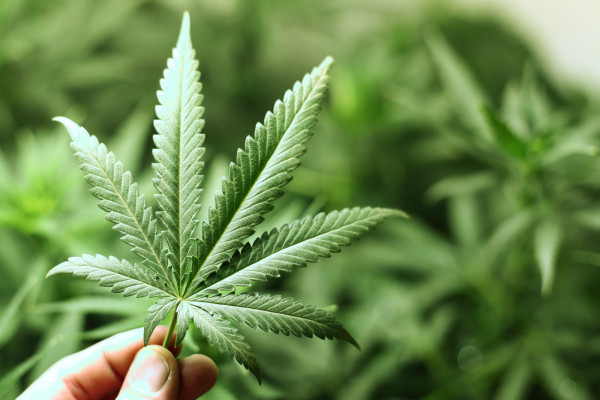 A growing number of states has legalized retail marijuana sales, but ensuring that everything works as advertised is no easy task. Among the many things that regulators have to concern themselves with are granting licenses to dispensaries, retail sales, delivery, distribution and ensuring marijuana has been tested for pesticides and other materials before it hits the shelf (or doorstep).

In California, the software system that’s being used statewide to record the inventory and movement of cannabis and cannabis products through the commercial supply chain is made by Metrc, a low-flying, five-year-old, Lakeland, Florida company. In fact, Metrc now services 11 states altogether, including Colorado, Oregon, Alaska, Maryland, Michigan, Ohio, Massachusetts, Montana, Nevada and Louisiana. It’s also used by regulators in Washington, D.C.

It’s the kind of traction that investors notice, and indeed, today Metrc is announcing its first outside round of funding in the form of $50 million from Tiger Global Management and Casa Verde Ventures, the three-year-old, cannabis-focused venture firm that was famously co-founded by rapper Snoop Dogg but is largely managed by Goldman Sachs and Nomura Securities alum Karan Wadhera.

Wadhera tells us he’d been following Metrc for a “number of years as it became one of the de facto track-and-trace systems” for government entities that regulate the cannabis industry. Eventually, he introduced to the company Tiger, with which Case Verde “shares deal flow quite regularly” and that together also funded Green Bits, a maker of point-of-sale software for dispensaries. (Worth noting: Green Bits launched at TechCrunch Disrupt in 2015.)

The supply chain expertise of Metrc CEO Jeff Wells also presumably gave Tiger and Casa Verde confidence in their investment. Not so long ago, Metrc was part of a larger company called Franwell that was founded by Wells in 1993 to develop products for the RFID market. More specifically, Wells tells us, Franwell began focusing on cold chain management and fresh foods, building up resources, research and knowledge along the way — including about regulated markets — that he believes gives an edge to its clients today, including those of Metrc.

As for how Metrc will use its fresh capital, Wells says the company plans to remain focused solely on regulators but to “look to expand our regulatory focus,” including, eventually, by potentially expanding into “other regulated markets and products that need the type of tools that Metrc has created.”

The company, which currently employs roughly 100 people, also expects to work eventually with both domestic and international regulators.

Surely, as more state and sovereign governments legalize cannabis, compliance will play an even more critical role. Says Wadhera of the deal, “Compliance is the backbone of the cannabis industry. If a license holder isn’t compliant, their business will cease to exist.” That’s good for proponents of greater accessibility to cannabis. It’s good for consumers who can be better assured that the products they’re buying are safe. For Metrc and now Tiger and Casa Verde Capital, that’s also good for business.